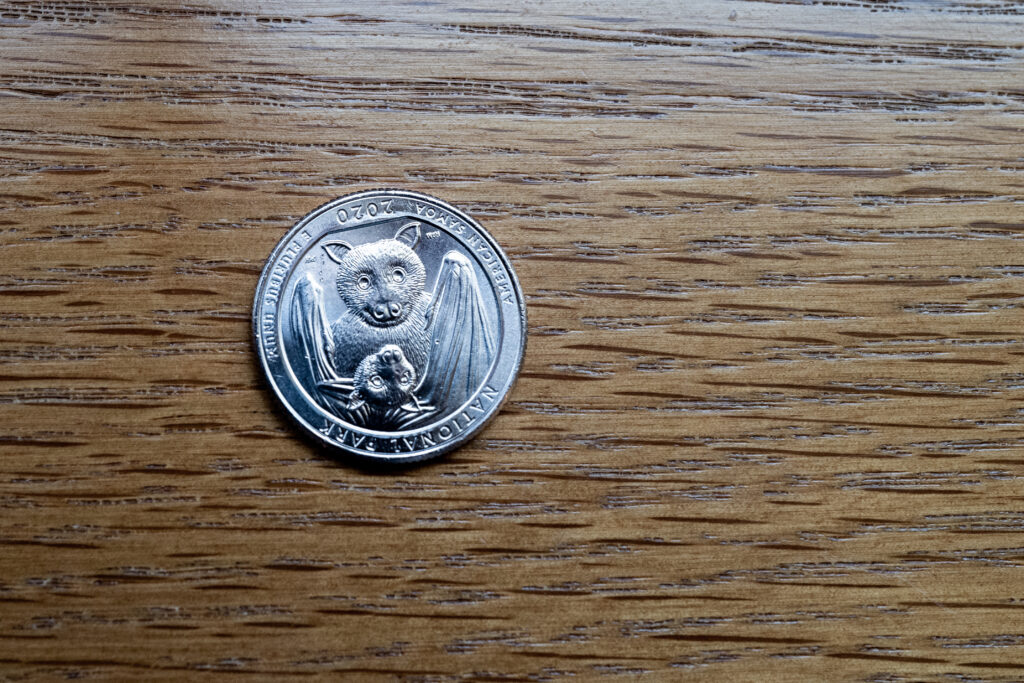 Am I delirious, or delusional, or is that a bat on the 2020 American quarter? Earlier today, I picked up three rolls from the bank, for laundry, and one of them was filled with these freshly minted surprises—and they’re freaking me out. Humanity is in the grips of a viral pandemic that started in China and supposedly jumped species—from bat to Homo sapiens. So why is there one—no, two—on this year’s 25-cent coins? Is it coincidence? Prophetic? Subliminal manipulation? For that last one, pick your X-Files conspiracy-theory protagonist: Chinese Communists, American liberals, US conservatives, President Trump, greedy capitalists, or— why not—alien invaders seeking to control us all through mind-controlling vaccines.

As I write, according to the Center for Systems Science and Engineering at Johns Hopkins University, SARS-CoV-2 (severe acute respiratory syndrome Coronavirus 2)—also known as COVID-19—has killed 144,047 people in 185 countries and there are 2,157,108 confirmed cases. And those are considered to be relatively good numbers, compared to recent projections. Apparently, the majority of countries closing most businesses and all schools, while encouraging citizens to stay home, has dramatically slowed spread of the contagion. 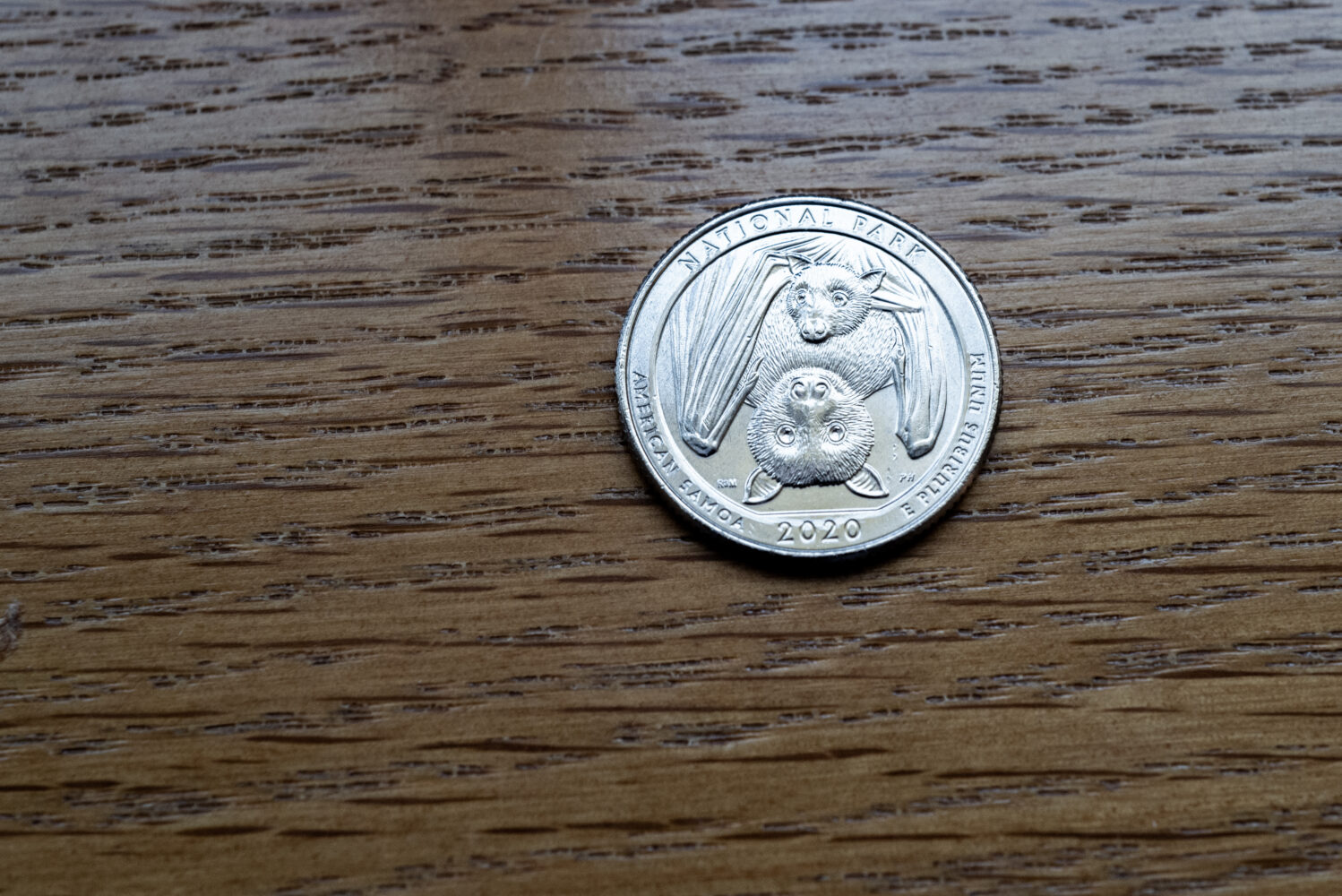 According to the United States Mint, the two-bit piece is part of the America the Beautiful series, honoring the National Park of American Samoa. For the record, those are fruit bats on the tails side; good `ol George Washington is on the other. But the timing! As a bat Coronavirus causes human economic, health-care, and social chaos, could the new quarter be anything but ill-timed?