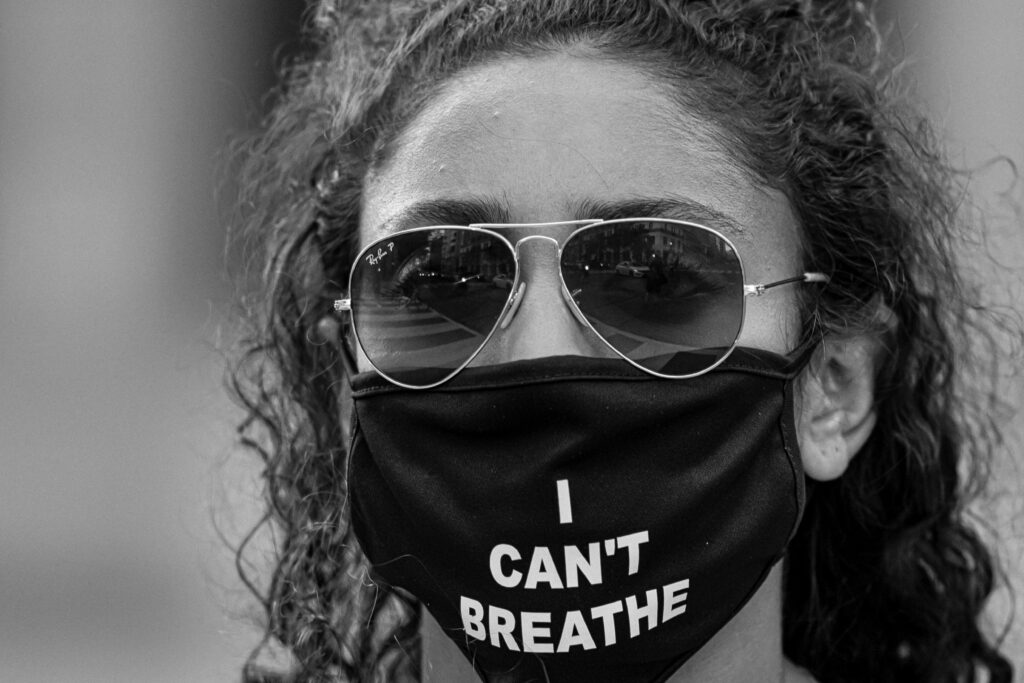 Self-titled “I Can’t Breathe” expresses Floyd’s plea to MPLS cops during the incident that ended his life. The quote’s placement on a face mask poetically, poignantly, and purposely makes a point—seeing as how people breathe through them and they are meant to protect from harm, which supposedly is the Novel Coronavirus that, according to data collated by the Center for Systems Science and Engineering at Johns Hopkins University, has killed at least 369,000 and infected more than 6 million in 188 countries.

The face covering and statement also express symbolism and solidarity. But I must insist that both become meaningless when peaceful protests turn to looting, property destruction, and violence, which is the pattern in every city where they are. Then face masks meant to protect against infection enable criminal behavior by protecting the identities of perpetrators. “I can’t breathe” is the reaction of small business owners and their employees, who lose livelihoods that already were jeopardized by statewide shutdowns. How strange: COVID-19 that many millions of people fear catching becomes a metaphor for the infection of mob violence spreading across America.

As self-described, Miki “concentrates on street and environmental portraits, working to take candid photos that bring out people’s inner humanity and the joys and obstacles that they face” and joined Flickr in January 2012.