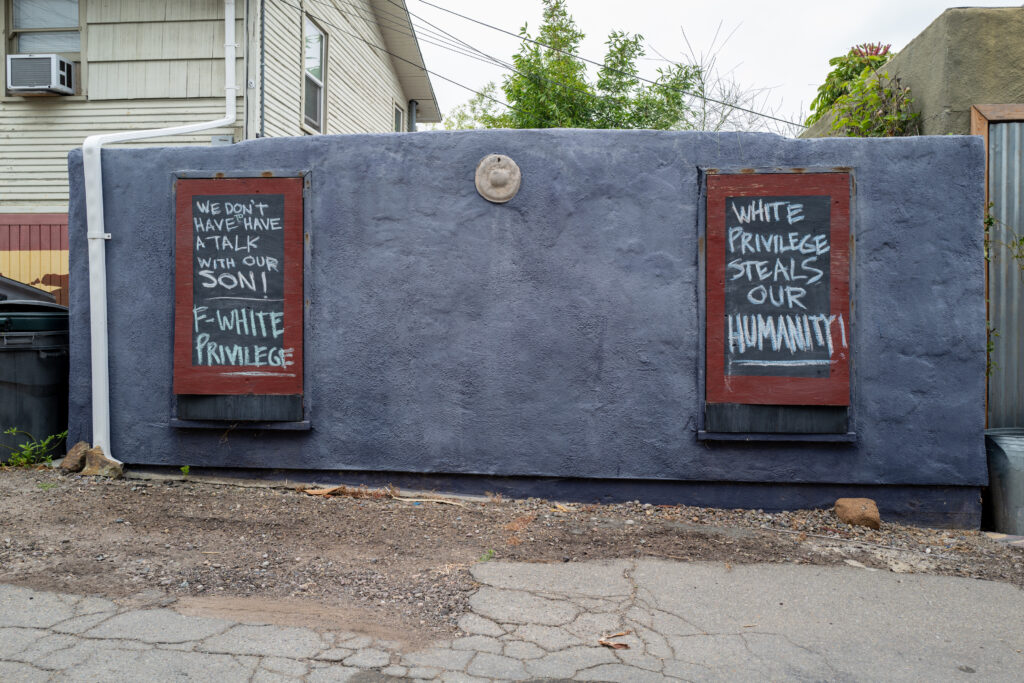 Six minutes after seeing the squirrel treed by Bruce, I came upon something quite unexpected along the Florida-Georgia alley between Madison and Monroe in San Diego’s University Heights neighborhood. The Featured Image (warning 29MB file) needs no explanation—other than camera (Leica Q2) and vitals: f/5.6, ISO 100, 1/125 sec, 28mm; 10:15 a.m. PDT, today.

We started 2020 with a pandemic and subsequent, nearly-nationwide shutdown of most businesses and all schools. Just as states started to reopen, a black man (George Floyd) died in the custody of white police officers. People poured into the streets, protesting and rioting, in response. Seattle surrendered six blocks to vigilante demonstrators, who have cordoned off the area, which they claim to be a cop-free zone.

Racism is now the topic of the summer, along with calls to “defund the police“—something Minneapolis plans to do. Yesterday, NYPD disbanded its plainclothes anti-crime unit. Anger and mob mentality invade Americans, spreading far more easily than SARS-CoV-2 (severe acute respiratory syndrome Coronavirus 2), also known as COVID-19, ever could. The two signs make me wonder: Where does it all end?