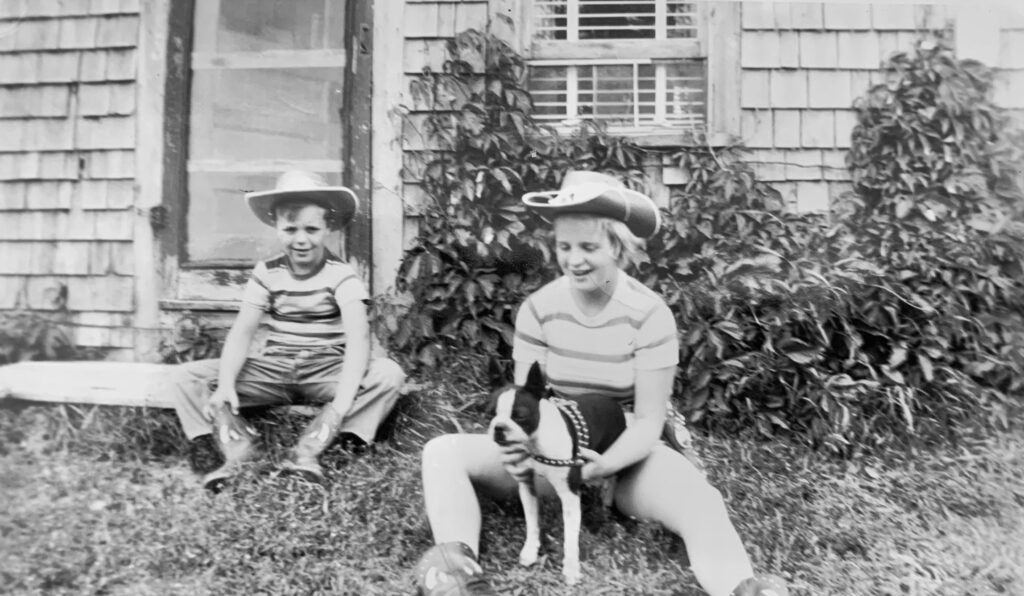 Uncle Arnie passed away last night, Eastern Daylight Time, in Northern Maine. He was 74. Three years ago today, we lost Mom, his sister. Their bond tightened as they aged, and I wonder about the strange synchronicity of one sibling departing on August 4 and the other on the 5th.

My strongest personal memory of Uncle Arnie is him yelling at me and my being perplexed by his reaction. He was known to be cool-headed. I was as old as 12 and about to cross the street in front of my grandparent’s house to the neighbor’s place when he screamed “Joey!” with supreme urgency that caused me to stop and turn towards him just as a car topped the hill and roared past. Uncle Arnie almost certainly saved my life that summer’s day. He gave me one hell of a scolding and sent me inside.

After Mom passed, I received her collection of family photos—making me keeper of the pictorial archives. The portrait of her and little Arnie isn’t as sharp as others but it’s more candid, capturing a sincere moment of play between brother and sister. I do not know their ages or name of the dog.

Despite restrictions that Maine (and other states) has placed to combat the SARS-CoV-2 (severe acute respiratory syndrome Coronavirus 2)—also known as COVID-19—pandemic, a funeral service will be held on August 10, same day as Mom’s in 2017. People will gather outdoors, to diminish risk of viral spread. Uncle Arnie was member of the local fire company for more than three decades and served as fire chief for a dozen-plus years. Following the service, his urn with ashes will be placed in one of three fire trucks. Then he will ride, one last time, in a procession to the cemetery.