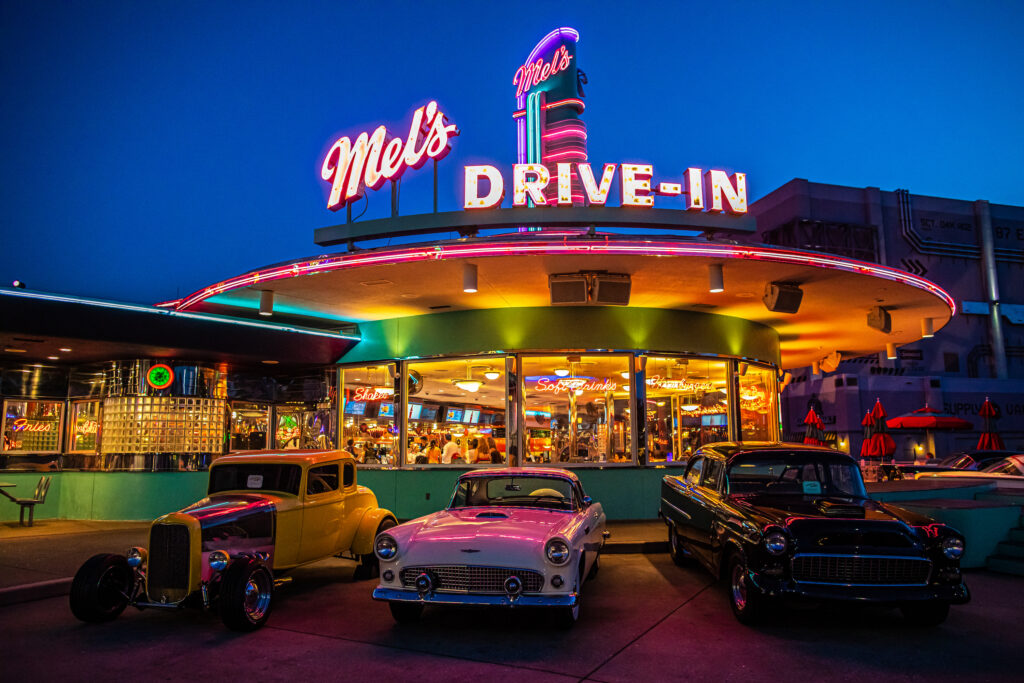 For the previous 33 weeks, I wondered what photo from Thomas Hawk would make the series—something that was inevitable; more when than if. I figured that the time would come when I’d know the one, and self-titled “Mel’s Drive-In” is it. What a splendid shot by every meaningful measure, but same could be said of anything in his Photostream. Funny, though, the eatery is in Florida and not California, where Thomas lives, and was location for film “American Graffiti” that so prominently made Mel’s an essential element of the story.

Sometimes I like to think of myself as a photography factory. I see my photographs mostly as raw material for projects that might be worked on at some point later on in life.

We all have but a short time on this earth. As slow as time can be it is also fast, swift, furious and mighty and then it’s over. Jack Kerouac is dead. Andy Warhol is dead. Garry Winogrand is dead. John Prine is dead. Lee Friedlander and William Eggleston are not dead yet, but probably will be at some point. Charles Bukowski once said that endurance was more important than truth. Charles Bukowski’s now dead.

When I’m not taking or processing the pictures I’m mostly thinking about the pictures. I’m trying to publish a library of 1,000,000 hand crafted, lovingly created, individually finished and processed photographs before I die. Mostly I’m focusing on America. The absurdity of my obsessive compulsive view on photography is not lost on me. But it is the absurdity of life that I find most beautiful of all. Where Sisyphus had his stone I have my camera and a bag full of lenses.

Document, explore, lather, rinse, repeat. Photography for me then becomes a kind of hyperactivity, loosely arranged and presented. My work is less about individual images and instead more about the power of a massive amount of excessive and disjointed images where stories, characters and places sometimes stay and other times reappear or disappear entirely for no good reason at all. Frenetic.

For a clearer peek into the “One Million Photos Project“, click over to Thomas’ SmugMug. He joined Flickr in August 2004, which makes him a lifer. The service made its public debut about six months earlier.