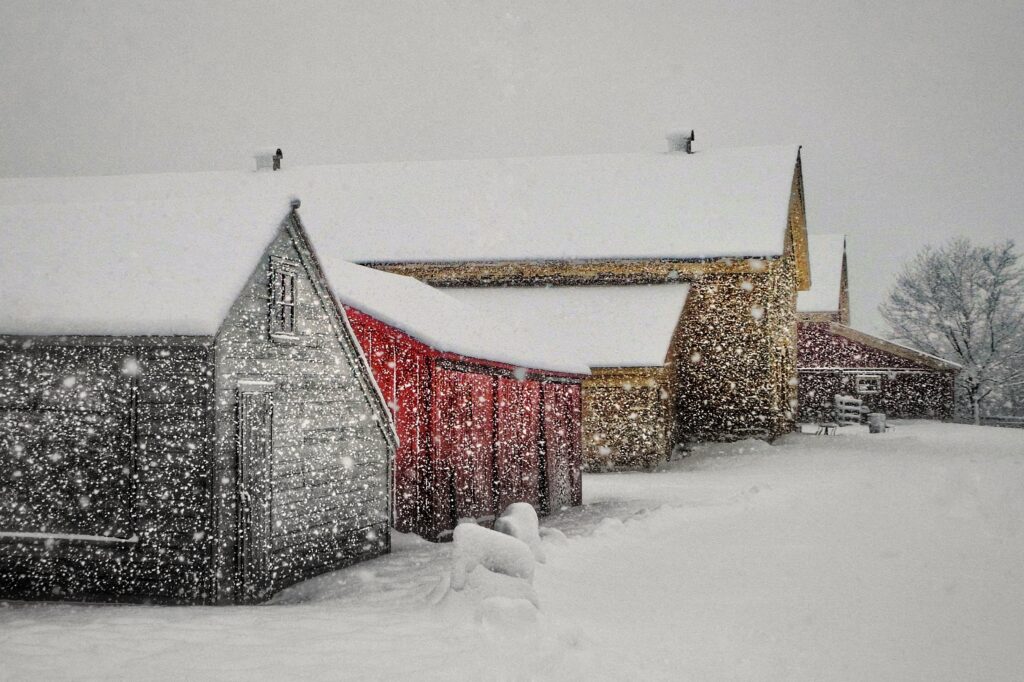 We go from “A Yukon Quest Team” to self-titled “Barns in Snow“, by Ken Mattison. Camera is unknown, because of absent metadata. If Ken’s Photostream banner means anything, he shoots film (slides, particularly), which would explain why. “Moment captured Feb. 9, 2020, at Trimborn Farm in Greendale, Wisconsin”, the retiree, who joined Flickr in November 2011, describes.

The Milwaukee County Historical Society operates the farm, which origin is lime production, starting in the late 1840s. Nearly 175 years later, “the complex includes a Cream City brick farmhouse, one of the last and largest stone barns in Wisconsin, a worker’s bunkhouse, threshing barn, and 75-foot kiln”, according to the Society.