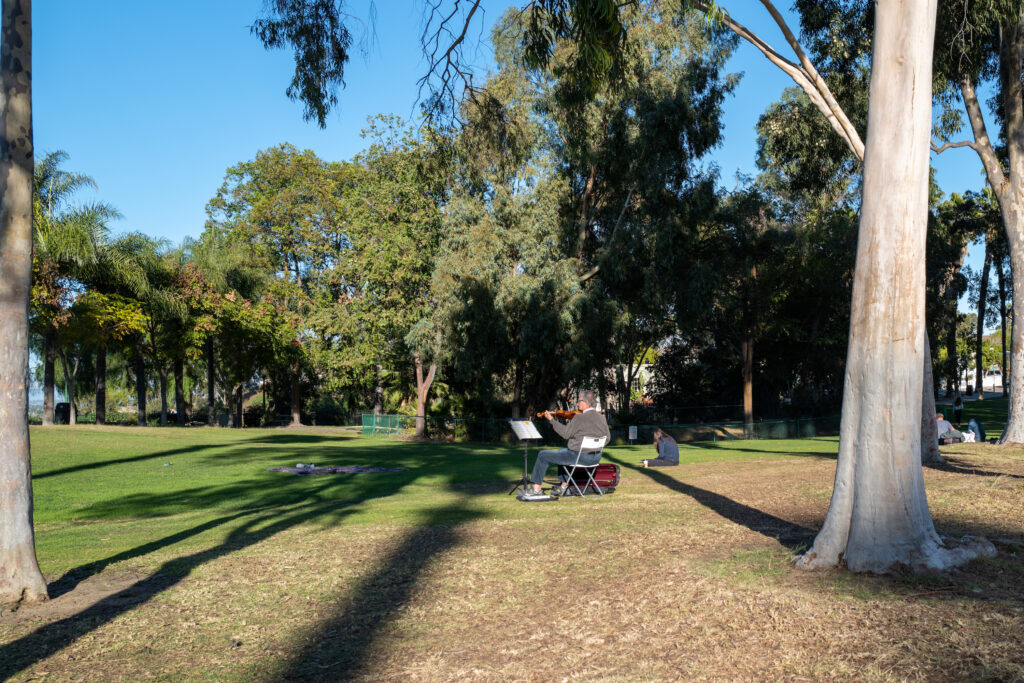 The National Weather Service has issued Winter Storm Warnings for Boston and New York, with expected snow accumulations between 20 and 38 cm (8 and 15 inches). Washington, DC: Mixed perception, which if typical means freezing rain. Well, perhaps I don’t miss the East Coast as much on this fine Wednesday. The third season of the year, Late Summer, brought breezy air and blazing sunshine to San Diego for a high temperature of 22 degrees Celsius (72 F).

My wife and I spent much of the late morning through early afternoon in Ocean Beach, packing up our daughter’s apartment. Molly’s plan to vacate the place by the end of the month was interrupted last week by an emergency trip to the hospital, where she spent 24 hours on a ventilator (unbelievably not for COVID-19, which is caused by SARS-CoV-2, severe acute respiratory syndrome Coronavirus 2).

After we returned to our University Heights residence, Annie and I walked about together before solo sauntering brought me to Old Trolley Barn Park—and an unexpected delight: gentleman playing violin. Guitar players are common enough, but bow on strings stopped me. Maybe this man is there with some frequency, because the sprinkling of folks on the grass paid him no special attention. Maybe, like so many other people menaced by another pandemic lockdown, he wanted to be free from confinement and to feel the warmth of human companionship—even socially distanced among strangers. 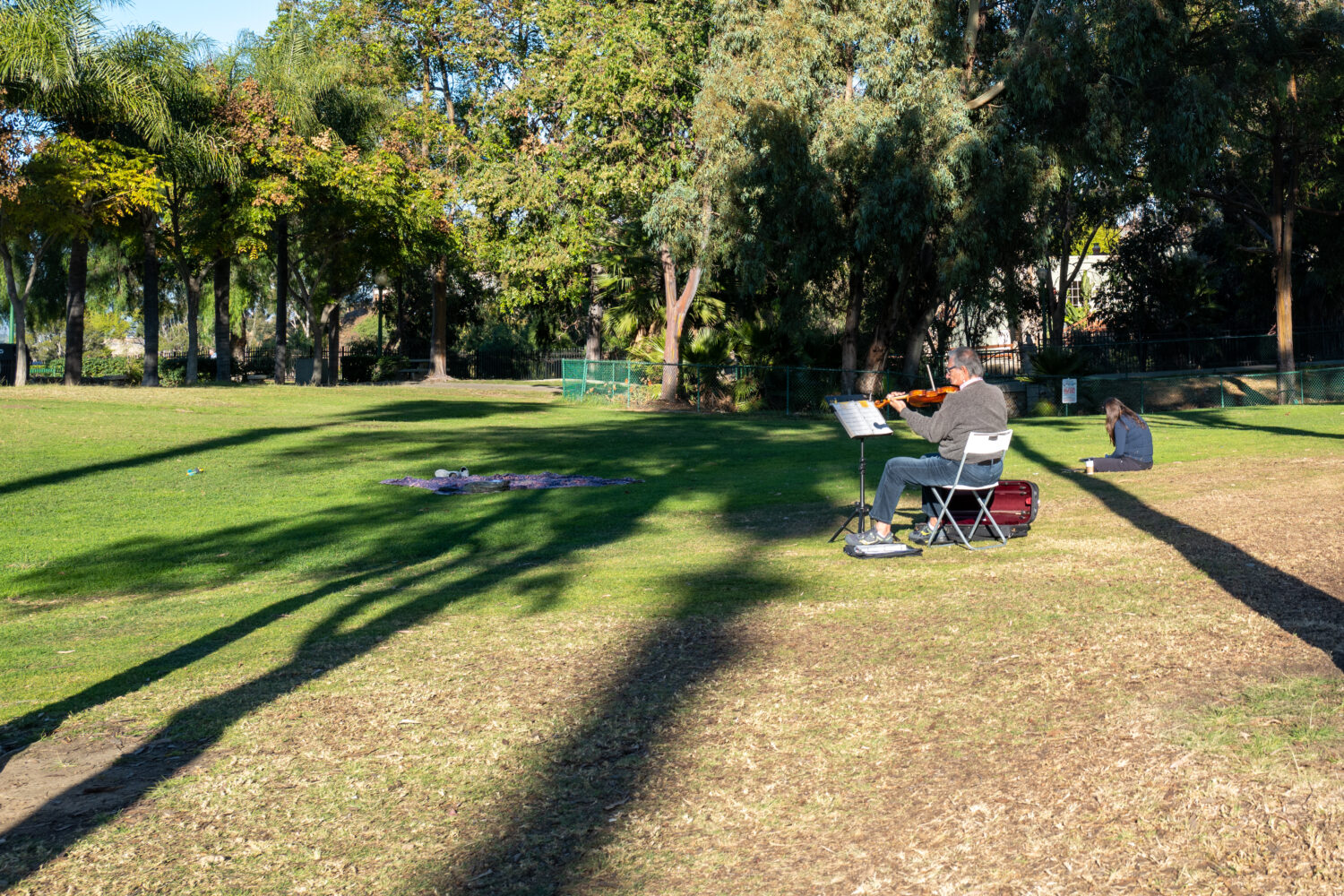 I came up from behind, using Leica Q2 to capture the Featured Image (warning: 24MB file) and companion. I considered going around to face him and shoot from the front but decided that disturbing his rhythm would be rude. So rather than interrupt his playing Rudolph the Red Nose Reindeer, I composed a distant profile shot, seeing some use to long shadows cast by the lowly sun. In both portraits, the palms converge in his direction, drawing the eyes to him. Vitals for both photos, aperture manually set: f/5.6, ISO 100, 1/200 sec, 28mm; 2:52 p.m. PST (14 seconds between).

Both pics are cropped, and they’re not pixel-peeping pleasing. I miss Leica Q, which sensor-lens combination delivered sharp images nearly every shot. My experience is considerably less satisfying with the Q2. More resolution (47.3 megapixels vs 24MP) isn’t necessarily better. These two portraits are typical, and arguably f/8 or f/11 might have improved IQ (image quality).

I cannot express how often I regret selling my Fujifilm GFX 50R about 13 months ago. The medium-format camera consistently delivered detail to die for. Sometime soon, I will write a Q2 review, after a full year’s use, and explain why the Leica disappoints compared to its predecessor (and the 50R).