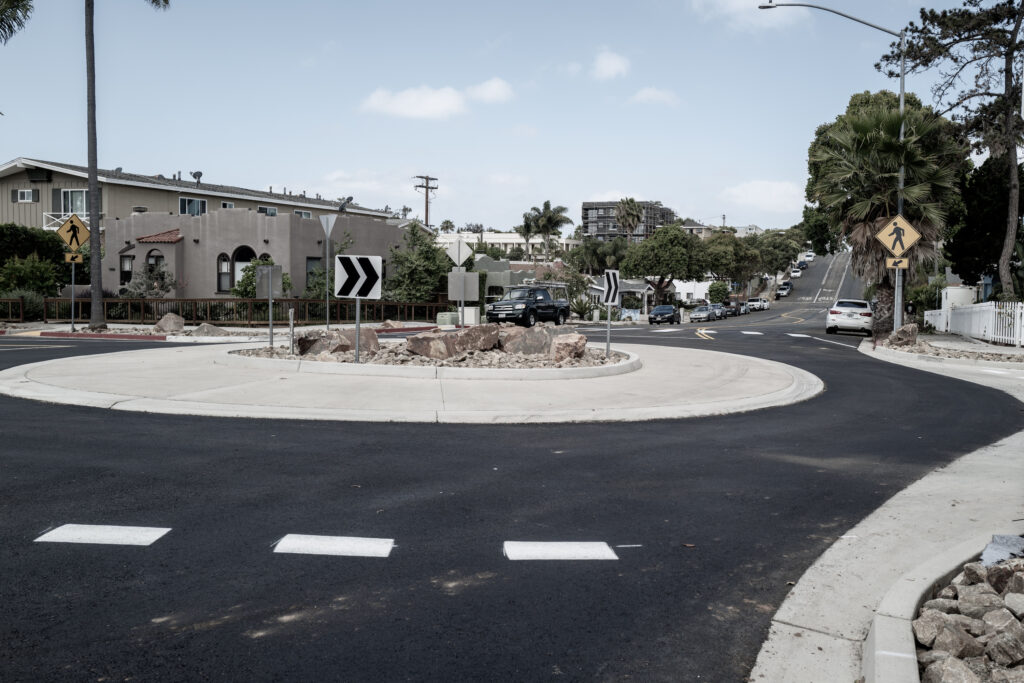 As summer began last year, I started seeing some strange change in driving behavior—where my neighbors slowed down and rolled through Stop signs rather than stopping their vehicles. Initially, I attributed the disrespectful and dangerous practice to SARS-CoV-2 (severe acute respiratory syndrome Coronavirus 2)/COVID-19 stay-at-home orders. Many people weren’t working, or if doing so from their residence, and traffic was considerably lighter than usual.

But as San Diego reopened (before later closing again), the no-stopping continued and I recognized the real cause to be something else that is far more disturbing. The Stop-sign roll-throughs started not long after the city opened the first so-called traffic calming measure at Alabama and Meade in University Heights. Where once were Stop signs, the city has placed circles at four-ways where drivers now slow and yield. I first observed the slowing behavior at posted Stops along Meade at Campus and also Cleveland. Coincidence? I think not.

By adding traffic circles along Meade—also at Hamilton, Louisiana, and Utah, among other cross-streets—city planners unwittingly (or so I presume) are changing residents’ driving habits. Many drivers become accustomed to slowing at intersections, even when prompted to stop.

I am reminded of an experience in Puerto Rico, where two friends and I flew in February 1987 and stayed for six weeks. Around 2 a.m, after picking up our rental car, we stopped at our first red traffic light. Coming the other direction, a local driver slowed down at the four-way, then proceeded through the intersection. Over the next couple days, we discovered that running red lights was commonplace. I asked one of our hosts about this strange practice, to which she gave unexpected response: The behavior started when the island adopted right-on-red laws. I don’t know how people drive on the island in 2021, but I am witness to something similar locally in my neighborhood.

Granted, observation and speculation prove nothing. But I present this: My first sighting of Stop-sign runners occurred a few weeks after opening of the first traffic circle and has increased since. In fact, if I stand back on Meade and watch vehicles moving down Cleveland the majority roll through rather than stop—and that unquestionably is a change from movement seen before May 23, 2020, when I captured the Featured Image.