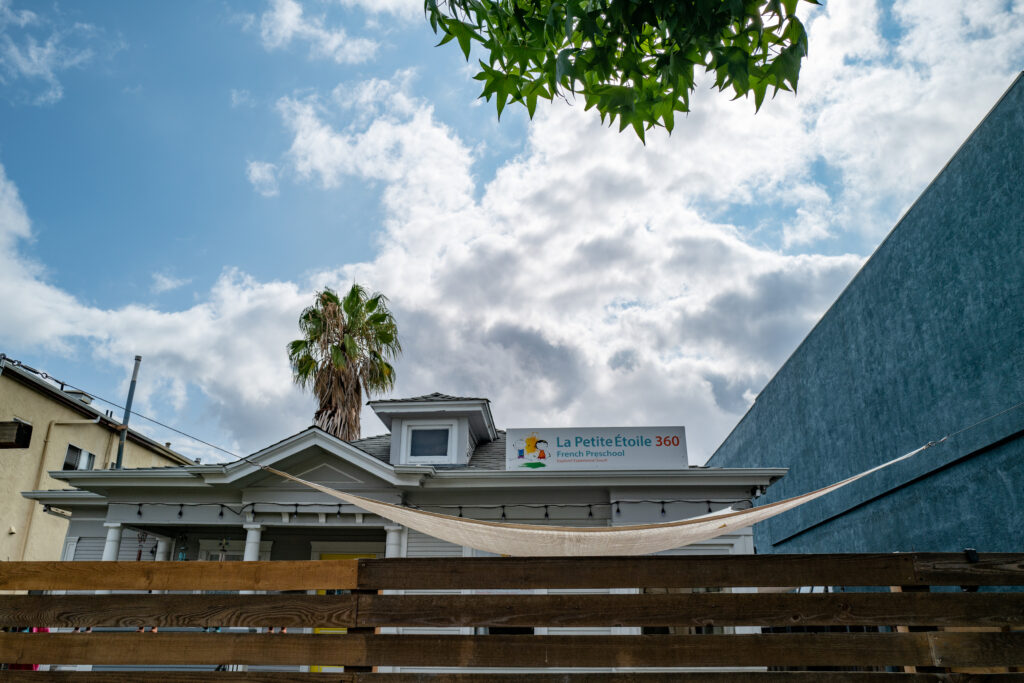 I shot the Featured Image for two reasons: Surprise to find a French preschool on Park Blvd in downtown University Heights; reminiscence—our daughter nearly attended a public French immersion school when we lived in Maryland. I have often wondered why she failed to make the cut. Could it be that she would enter as a first-grader instead of a kindergartener? Because: She was first on the waiting list, and the administration told us that admission was almost a certainty—some student(s) either dropping out or not showing up were frequent occurrences.

The kids learned English and French side-by-side in a program that lasted through eighth grade. Had Molly been accepted, and had she stayed, our family’s destiny would have changed. We would have unlikely left the Washington, D.C. area and moved across country to San Diego.