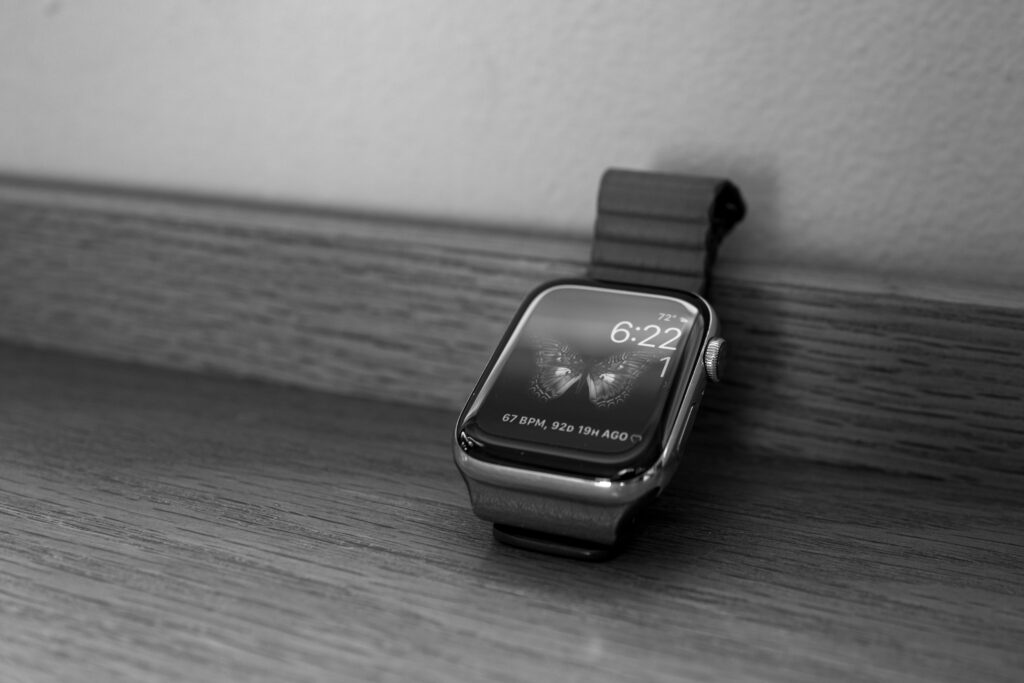 This evening, I turned on Apple Watch Series 5 for the purpose of making the Featured Image—captured using Leica Q2 Monochrom. Vitals, aperture manually set: f/4, ISO 800, 1/125 sec, 28mm; 6:22 p.m. PDT. I hadn’t touched the gadget since putting it in a drawer after taking it off for the last time, on May 31, 2021. The next day, I returned to wearing a mechanical watch—mainly the Luminox Automatic Sport Timer 0921.

I thought that perhaps I might miss the thing, but three months later not the least. Putting aside Apple Watch is a liberating experience. The device constantly distracts, which disrupts short-term memory. Still relevant enough, 11 years later, my missive “Internet Attention Deficit Disorder” is worth a look, on the topic of distraction. Even better, consider book The Shallows: What the Internet is Doing to Our Brains by Nicholas Carr. Just my luck: I bought a digital edition in June 2010; the book was revised last year; and a free update isn’t available.

I guess it’s, ah, about time to sell the Series 5—with Series 7 rumored to launch soon. Here’s a Jeopardy answer for you: “Not much”. And our question: “What will someone pay for my stainless-steel Apple Watch LTE?”