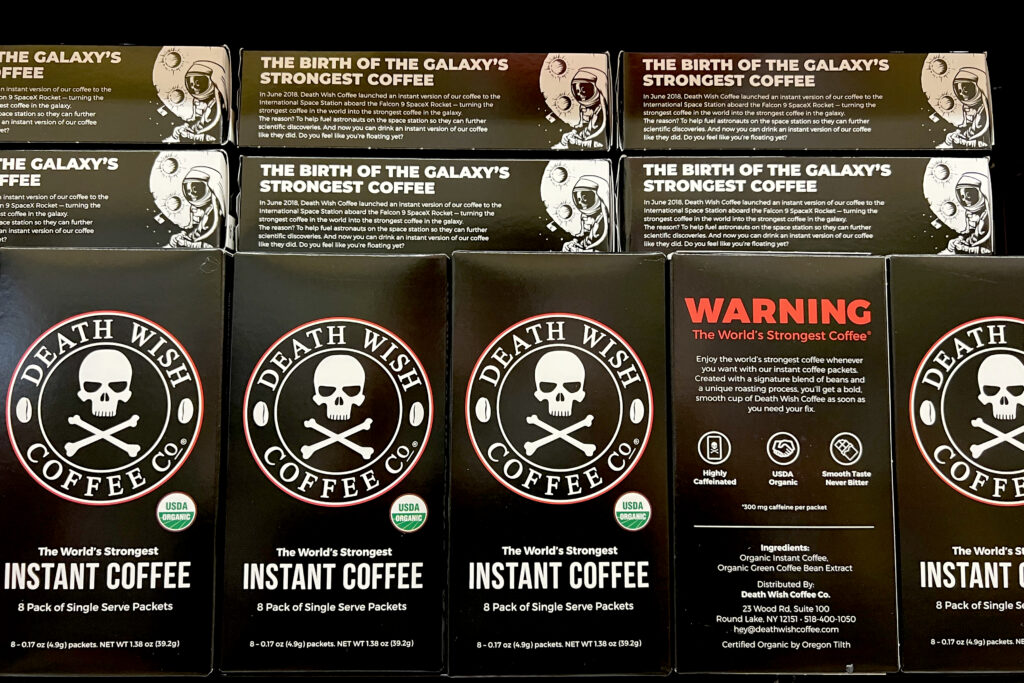 For the first day of Spring in the Northern Hemisphere, I had planned to go with a nature theme. But plans changed after shopping at Grocery Outlet and seeing the wicked instant brew that my wife discovered during another visit. The company and its coffee are about a decade old but they’re new to me (obviously). The instant variety debuted in 2018.

The connotations of Death Wish, “world’s strongest coffee”, and skull-and-crossbones logo are loaded in all the right ways. It’s killer branding. K-pods are called “death cups”.

If the coffee doesn’t kill you maybe the purchase price will. I had thought that $4.99 for eight packets was a bit much—62 cents per serving. But, whoa, buying the same package direct from the company costs $14.99: or $1.87 each. Stated differently, that’s for 1.36 ounces total. Yikes! This had better be last-a-week caffeine kick, given it’s instant.