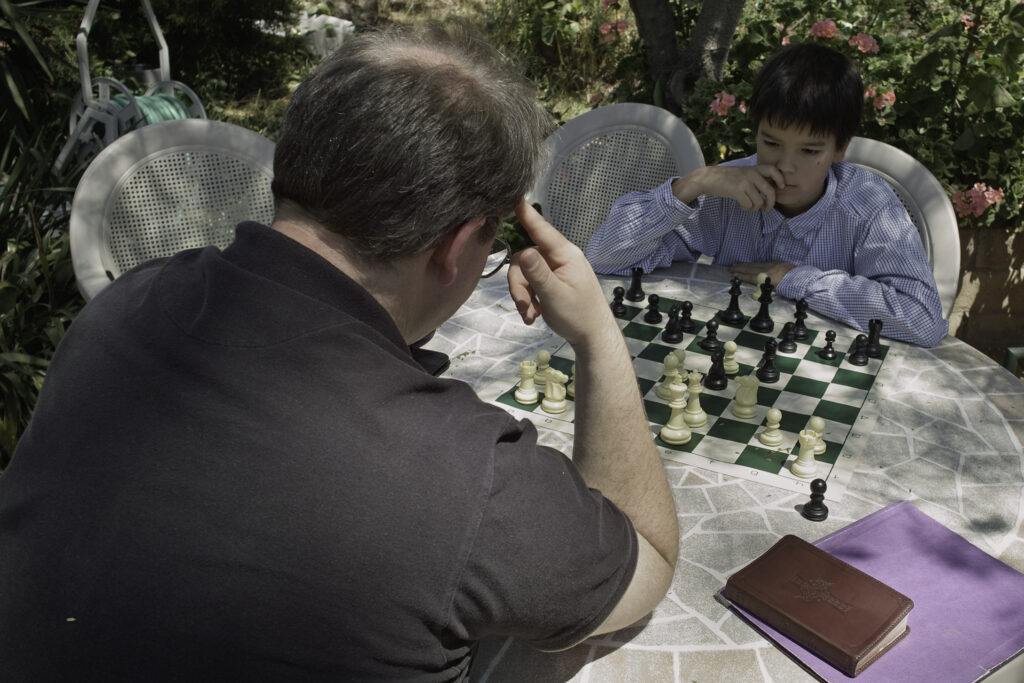 It’s not that I am a great, or even very good, chess player. My approach is caviler and unorthodox, abrasive and aggressive. I have never read a chess book or studied the great games. I don’t know any of the classical openings nor see many moves ahead. Ignorance is my strategic weapon. I make brash, unexpected moves with willingness to sacrifice as many pieces—whether mine or my opponent’s—necessary to clear clutter from the board.

In high school, when more into chess, I won more than 90 percent of my first games—often against exceptionally better players. My cousin Dan taught me a four-move opening checkmate that surprised many opponents. Maybe thinking five or more moves ahead is a shortcoming. Eh?

While writing the previous paragraph, I did a quick online search, and Chess.com calls the thing “Scholar’s Mate“. I could use it once before being trounced by the ego-retaliation of the wickedly smart opponents offended and embarrassed by what my cousin called the “Fool’s Mate”. Oh, you feel like one. I surely did feel the fool, when first learning to play and he successfully executed the four moves again and again. Until I finally learned. (I was Tween-age when he taught me to play.)

So let’s discuss the Featured Image, which deserves some attention. I used Sigma DP1 to shoot the portrait of chess players, following a church service in La Mesa, Calif. on April 13, 2008. Vitals: f/5.6, ISO 100, 1/100 sec, 35mm (film equivalent); 1:23 p.m. PDT. I cropped to remove the dress shirt of someone sitting back to the game. Otherwise, the shot is unaltered, which nicely showcases the Foveon sensor—of which technology I am huge fan. The DP1’s 14-megapixel sensor produces natural color and film-like render.

As for the game in progress, I don’t know who won. Acknowledging that some pieces are blocked, looks to me like white will soon castle to the king’s rook. Black’s position looks stronger to me, depending on location of white’s other bishop. I see several forced sacrifices to black’s advantage that exposes both sides’ major pieces. For me, that would be advantageous position to press.

Anyways, three cheers for chess on its national day of celebration.