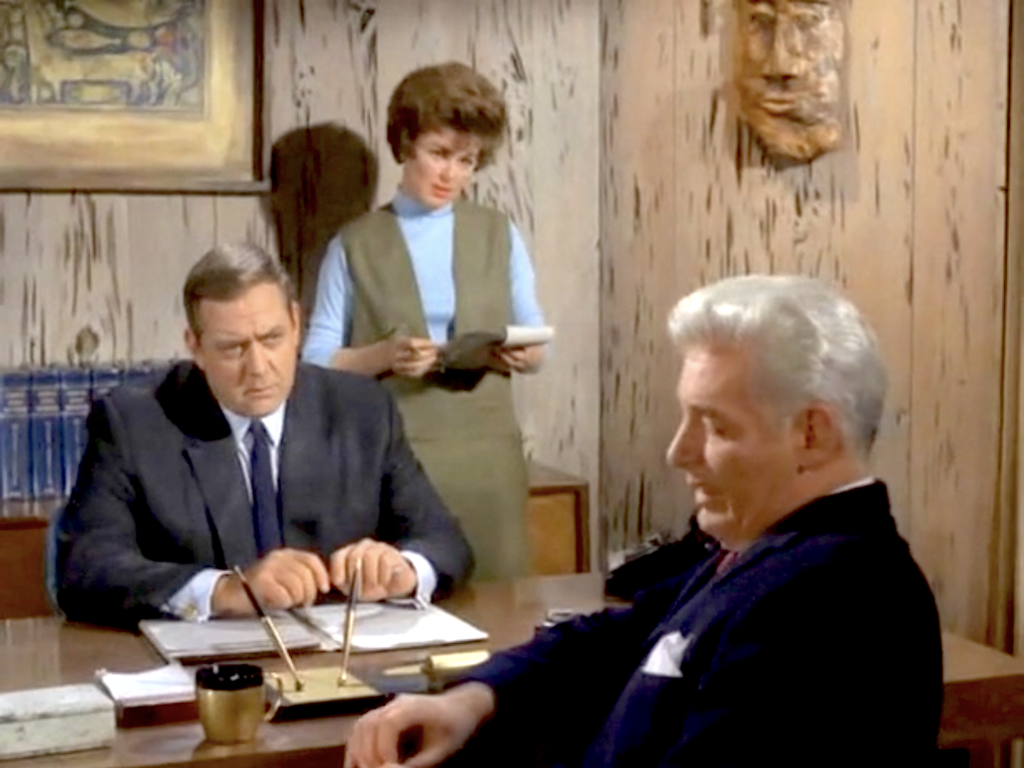 Our home wireless was a fantastic experience until the last days of September, when something changed. Suddenly, we experienced strong signal but erratic bandwidth—anywhere from fast to none. A handful of tech support phone calls later, replacing the router is last hope before calling AT&T and signing up for wired Internet. Perhaps our current provider has overcrowded local network capacity. Maybe, with all the crazy construction going on around our San Diego neighborhood, path to the nearest tower is blocked. Or something else.

What does any of this have to do with the screenshot? Thanks for asking. Besides streaming, we grab over-the-air-channels using the Antop HD Smart Bar HDTV & FM Amplified Antenna, which I highly recommend. Thanks to our wonky wireless, I now occasionally watch “Perry Mason”, which telecasts weeknights at 11:30 p.m. PT on MeTV. To my surprise, the black-and-white episodes are sharp and classy.

Last night, MeTV aired the only color episode of the nine seasons. In the run-up to renewal, CBS requested to see something in color, which was gaining popularity in 1965. “The Case of the Twice-Told Twist“, S9.E21, is the one—and I must wonder if it is why CBS cancelled the series. The color episode is campy and out of character with the classy look and pace of all the others.

How much faker could blood look, or unbelievably be a wounded man? As Mason, Raymond Burr puts on a serious stare that is oh-so piercing and convincing in black and white but seemingly overacted in color. My surprise criticisms could go on but can stop at these. I honestly expected color to be, well, more colorful in every meaningful dramatic storytelling way.

But, no, some things are better in black and white.