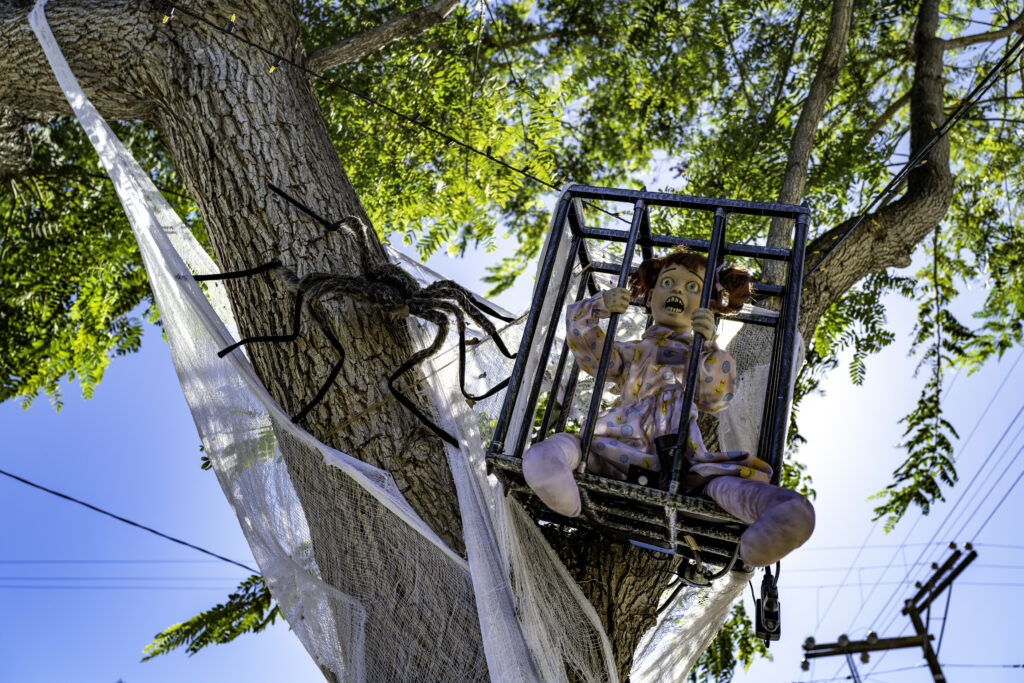 As Halloween approaches, decorations proliferate and some become quite elaborate. This caged kid in a tree had me chuckling, earlier today—for elaborate staging and opportunity for me to be snarky. Disclaimer: My sarcasm is sure to offend somebody. If that’s you, please accept my no apology.

Pro-lifers are giddy as a bear slopping honey from a fallen beehive, following the June 2022 U.S. Supreme Court ruling that overturned Roe v Wade. They aren’t too bothered by stings from swarming Pro-choicers, who are losing their minds over the 6-3 decision. Since they are absolutely crazy—uh, crazed—let’s pretend this shrieking girl is their marketing maven—warning about the horror show progeny that you could produce because you can’t legally have a doctor cut it out.

Since California is one of the states where abortions can be had, let’s cast Tawny Terror as the reason for outsiders to visit one of the fine hospitals. Why not stay? Residents can take advantage of new gene-mapping technology, developed during SARS-CoV-2 (severe acute respiratory syndrome Coronavirus 2)/COVID-19 lockdowns and personalized to you based on DNA collected from your PCR test for the virus. What? You really thought that nose-swab was free? You paid with your genome. 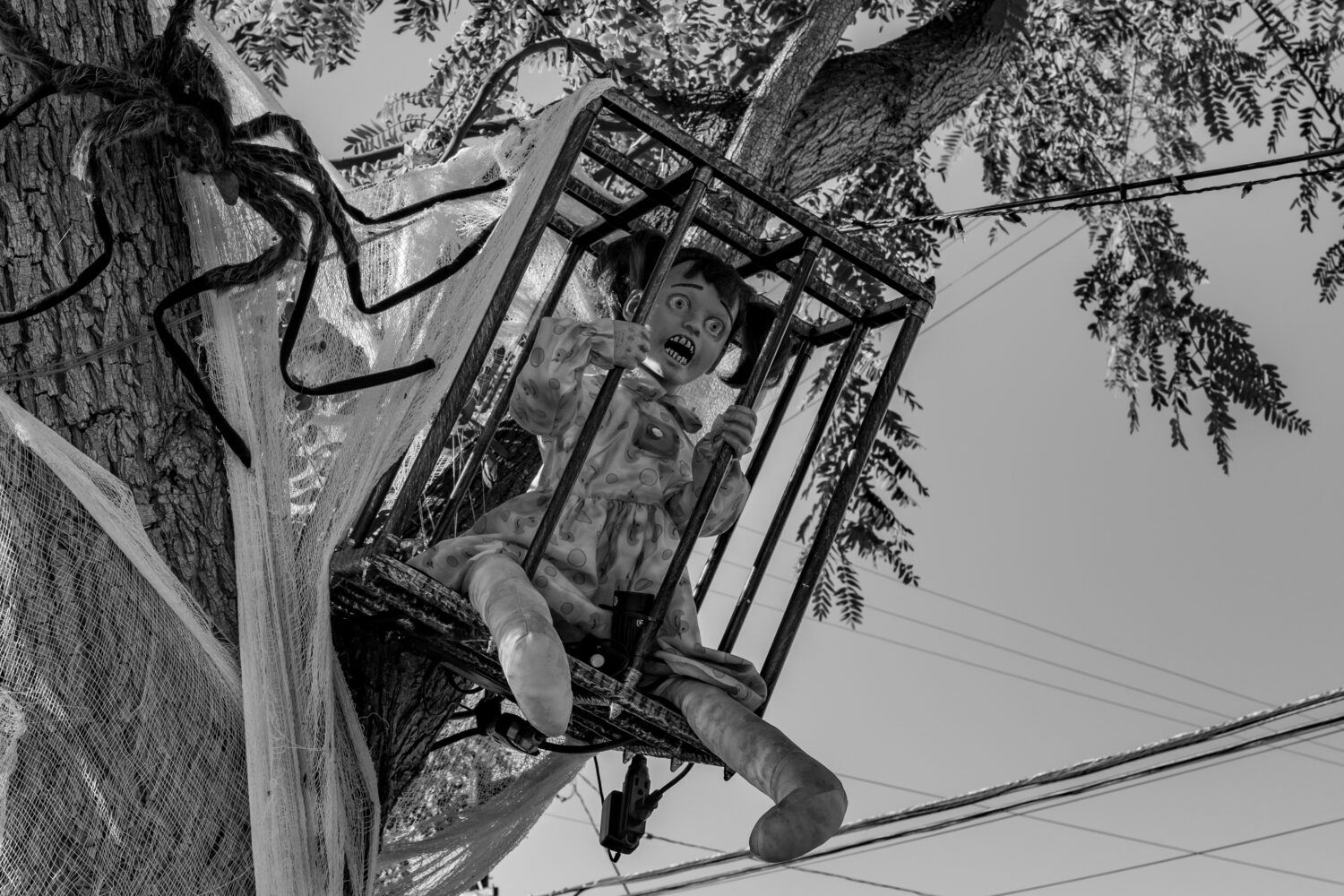 But, hey, that’s okay, because now Silicon Valley biotech mavericks can help build the child that you want and prevent the one you don’t. So Pro-choice really isn’t about the right to choose an abortion but the ability to choose the right child. Nobody wants Tawny Terror or her nasty brother Tommy Tinkles.

But in all seriousness, I have to wonder about the screeching red-head and whether she does really represent something. The tree where she hangs is across the alley from a Christian preschool—so close that tossing a pebble underhand will strike the building. Is there some hidden commentary here—that religion cages the kids? Hey, just asking.

Because such speculation isn’t at all far-fetched, being one of San Diego’s more progressively liberal neighborhoods.