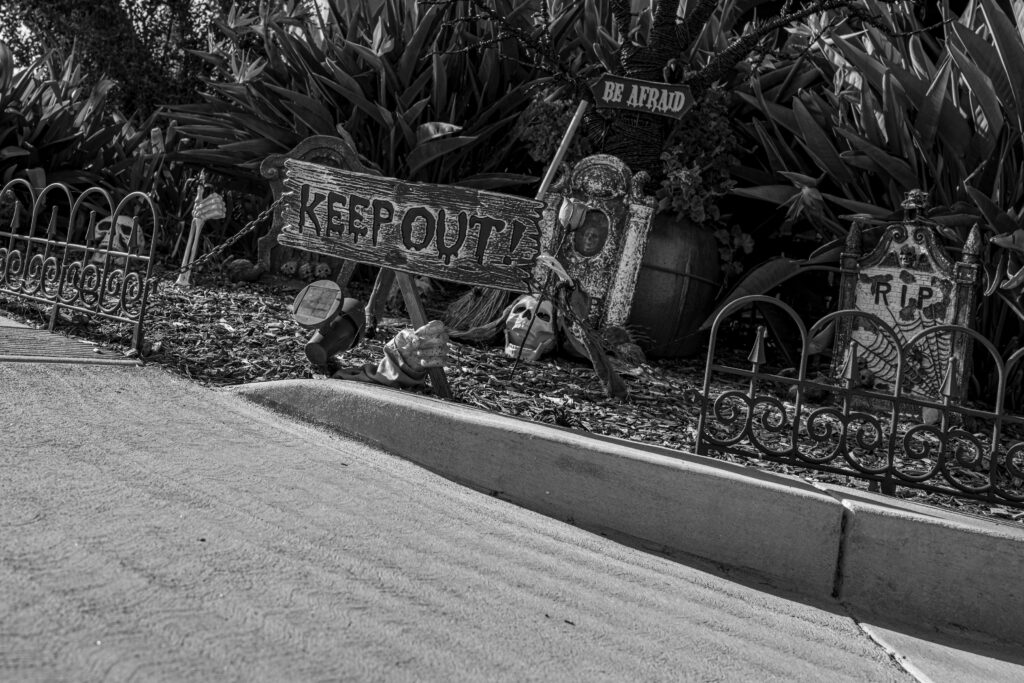 What if this wasn’t a Halloween decoration but a declaration to “Keep Out” of the graveyard—that there is no place available for any more, ah, residents. C`mon, who wouldn’t want the Grim Reaper to turn away guests? Put out one of those signs seen at the parking garage when all the spaces are taken.

Someone might argue such could be the situation because of SARS-CoV-2 (severe acute respiratory syndrome Coronavirus 2)/COVID-19—meaning the Grim Reaper has an oversupply of recently deceased. Morbid, don’t you think?

I worry about the post-pandemic period. Data from United Kingdom, United States, and numerous other countries report abnormal surge in excess deaths—that are not attributed to Coronavirus. Meanwhile, I keep seeing news reports about people, often reasonably young and apparently healthy, literally dropping dead or dying in their sleep. “Sudden Adult Death Syndrome” is a trending term describing the phenomenon. Because I don’t trust sources, no links are provided. Online search and you will see why.

I got to ask: How many of these (typically) heart arrhythmic deaths were among people who had been recently vaccinated against COVID-19? Since arrhythmia is a documented side-effect for some people who received the shot, someone should ask the question when conducting data analysis of the deaths. I’ve seen nothing widely credible yet—just flat-out, uncorroborated denials from traditional news media and hysterical accusations among the anti-vaxxers.

That stat, and subsequent public health policy recommendation, is reason enough for medical statistician somebody to see if there is correlation between vaccination and sudden death. Surely such data is publicly available for analysis and peer review. But, of course, the findings would either be suppressed by search and social media watchdogs or lose credibility soon as anti-vaxxer blogs and posts start circulating.

Regardless, Grim Reaper probably is busy right now. If he’s hiring, you won’t want the job because of the—ya know—qualifications required. Better we all live longer because there’s no one to process us.

On that topic, I highly recommend 1946 film “A Matter of Life and Death“, which also is known by title “Stairway to Heaven“. David Niven stars as a World War II pilot who isn’t properly processed for passage to the next world. All Hell, or should I say Heaven, lets loose. I highly recommend the movie, which is directed by Michael Powell and Emeric Pressburger.