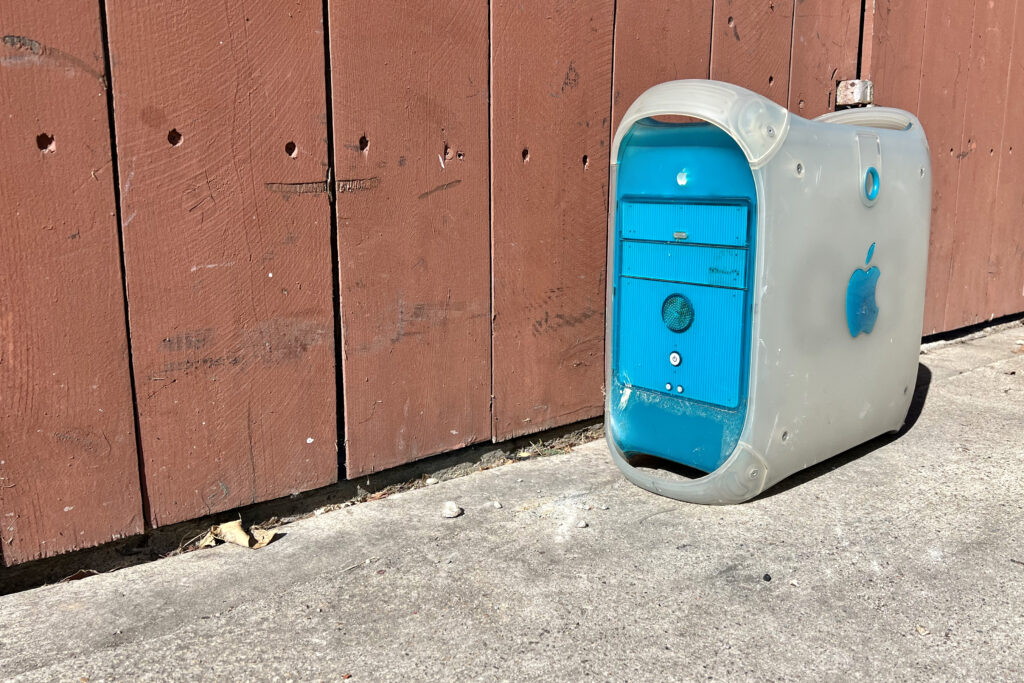 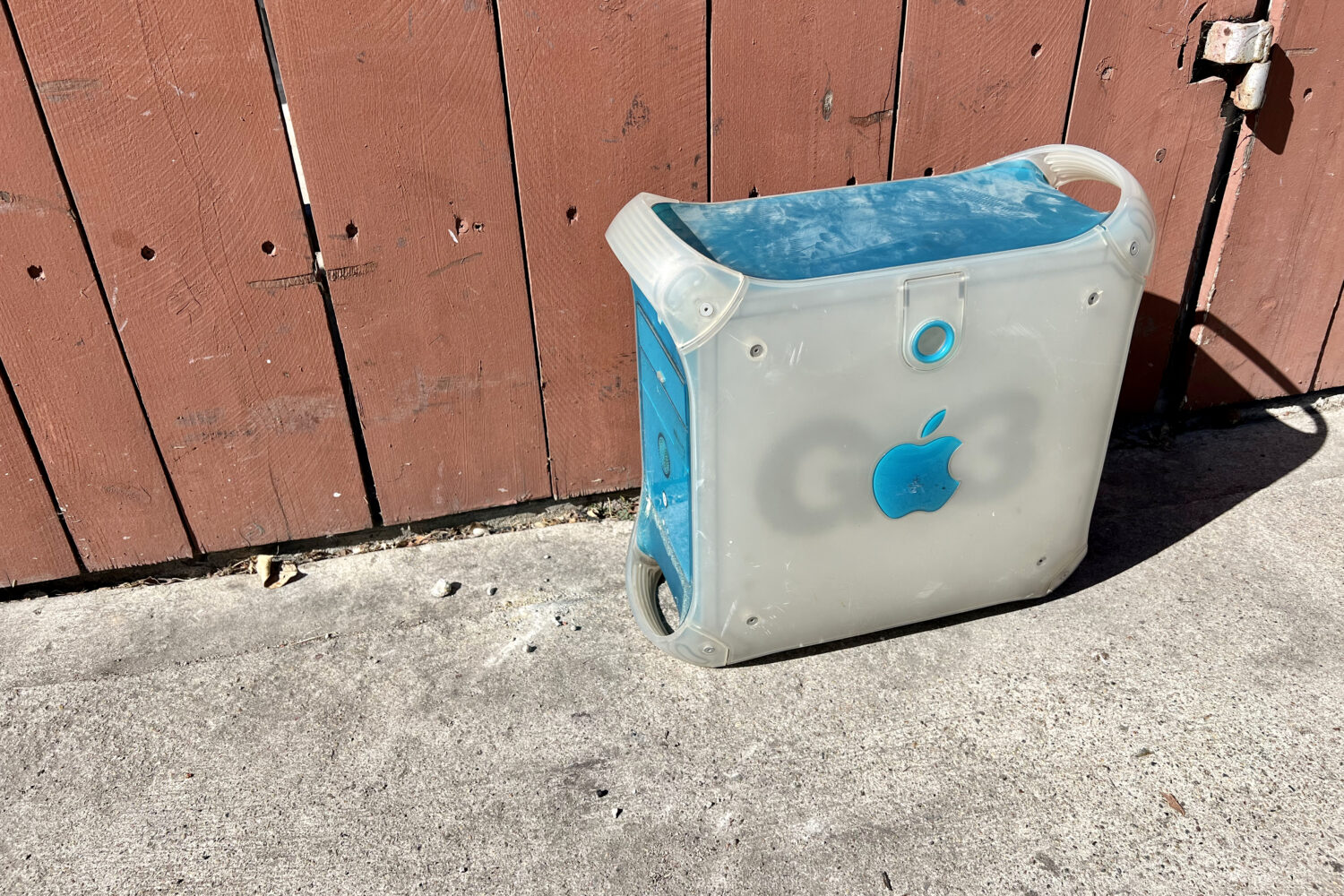 I was on iPhone 13 Pro—later used for both shots—listening to one of my daughter’s dramas. When isn’t there a crisis? As such, my time to take photos was brief, such that I didn’t look for exact model/configuration information on the back chassis or crack the case for a peak inside. However, I did return about 30 minutes later—only to find that someone had snatched up the classic computer, which already may be posted for resale on eBay or perhaps lovingly placed in a vintage Mac collection. I’ll never know.