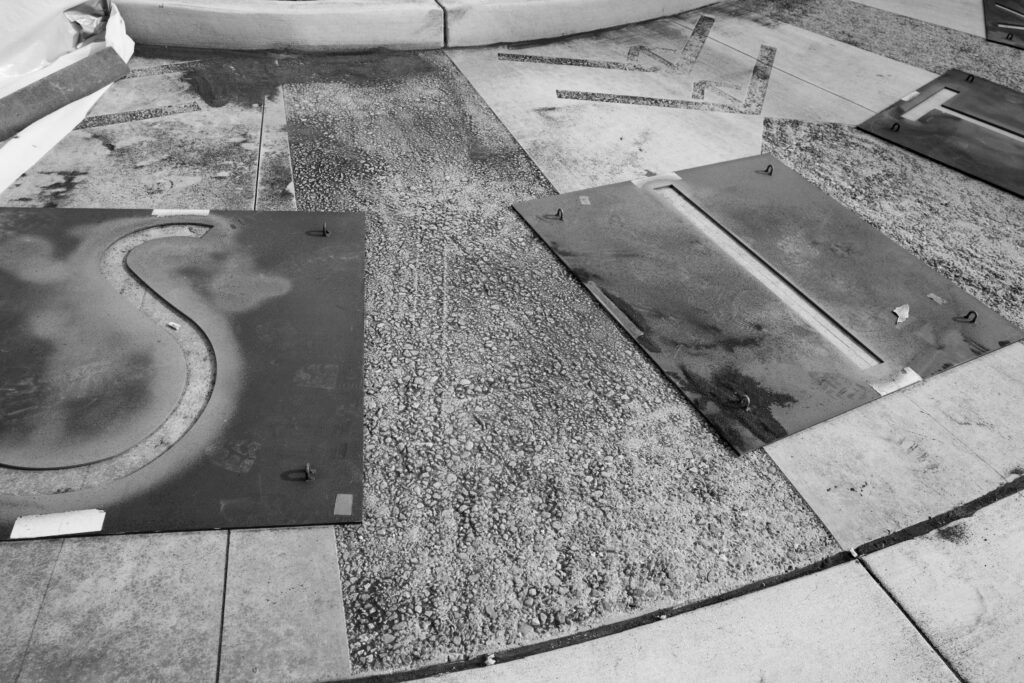 The contractors sandblasted away each of the previous letters, then attempted to make some sort of design elements out of what remained. They then etched new letters into the unadulterated stone panels that had created visible eye space. Take a close look at the Featured Image, where between the stencils for “S” and “I” you still see remnants of “A”. I used Leica Q2 Monochrom for the photo and companions. Vitals, aperture manually set for all and each composed as shot: f/5.6, ISO 200, 1/640 sec, 28mm; 10:28 a.m. PST, Jan. 8, 2022. 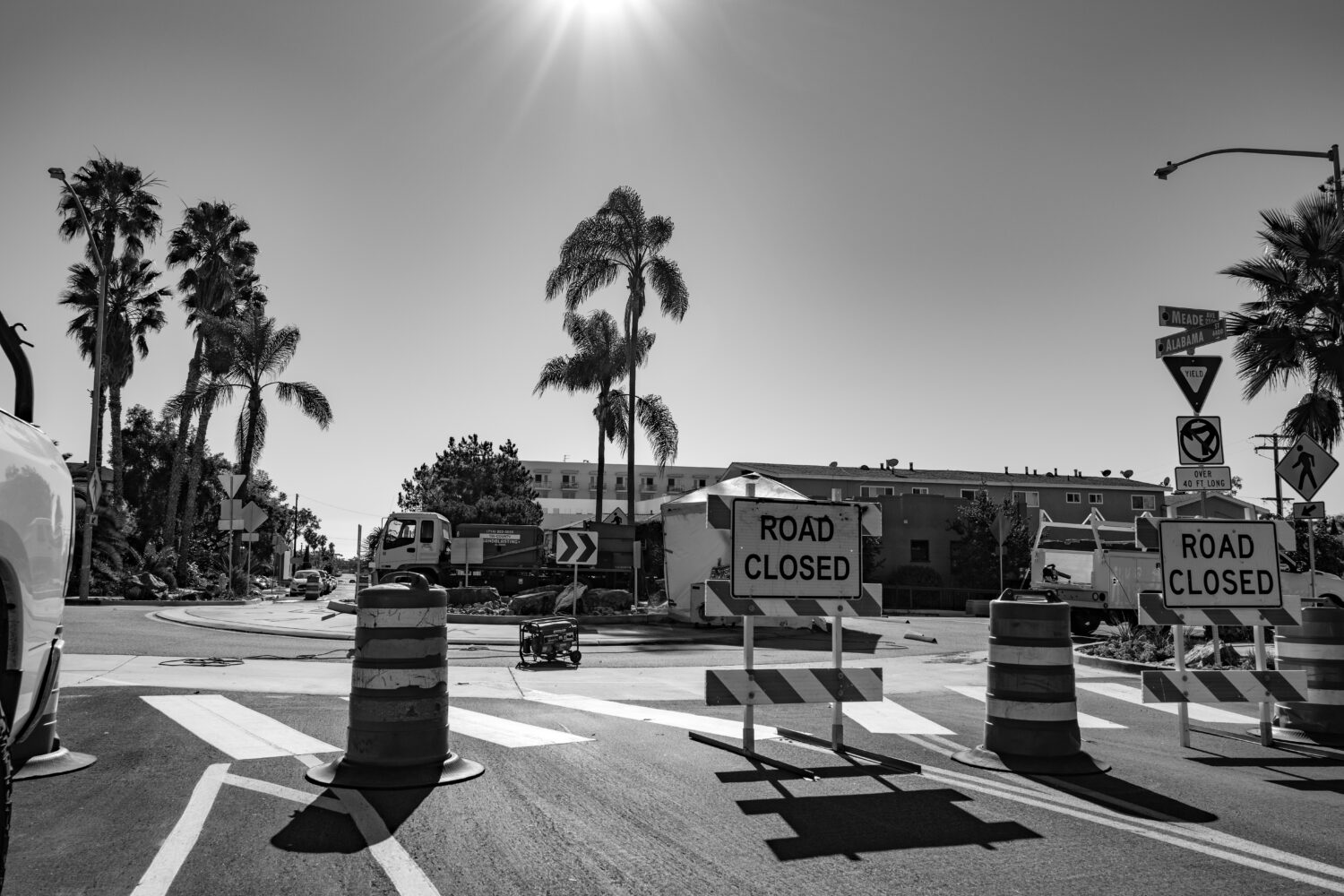 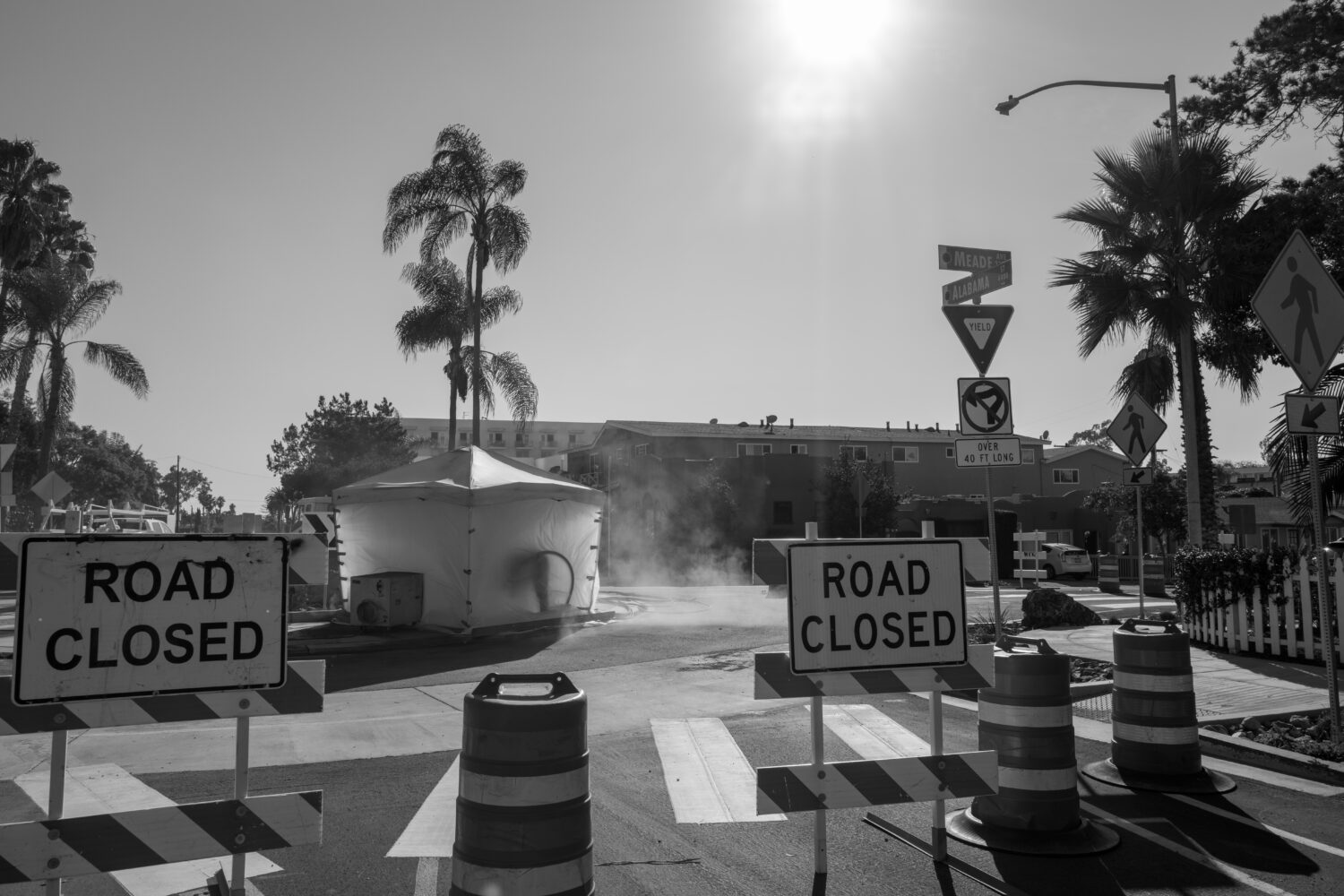 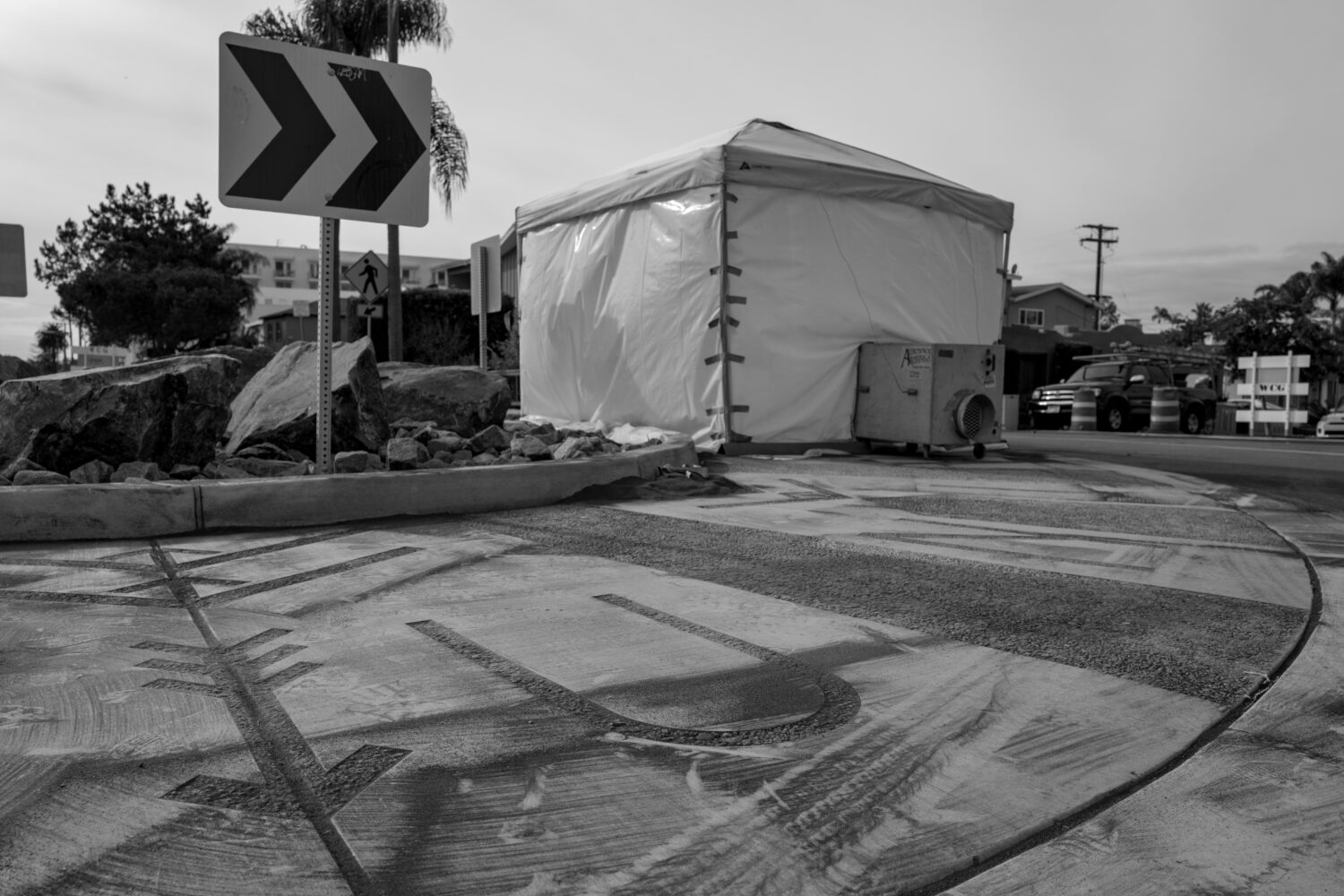 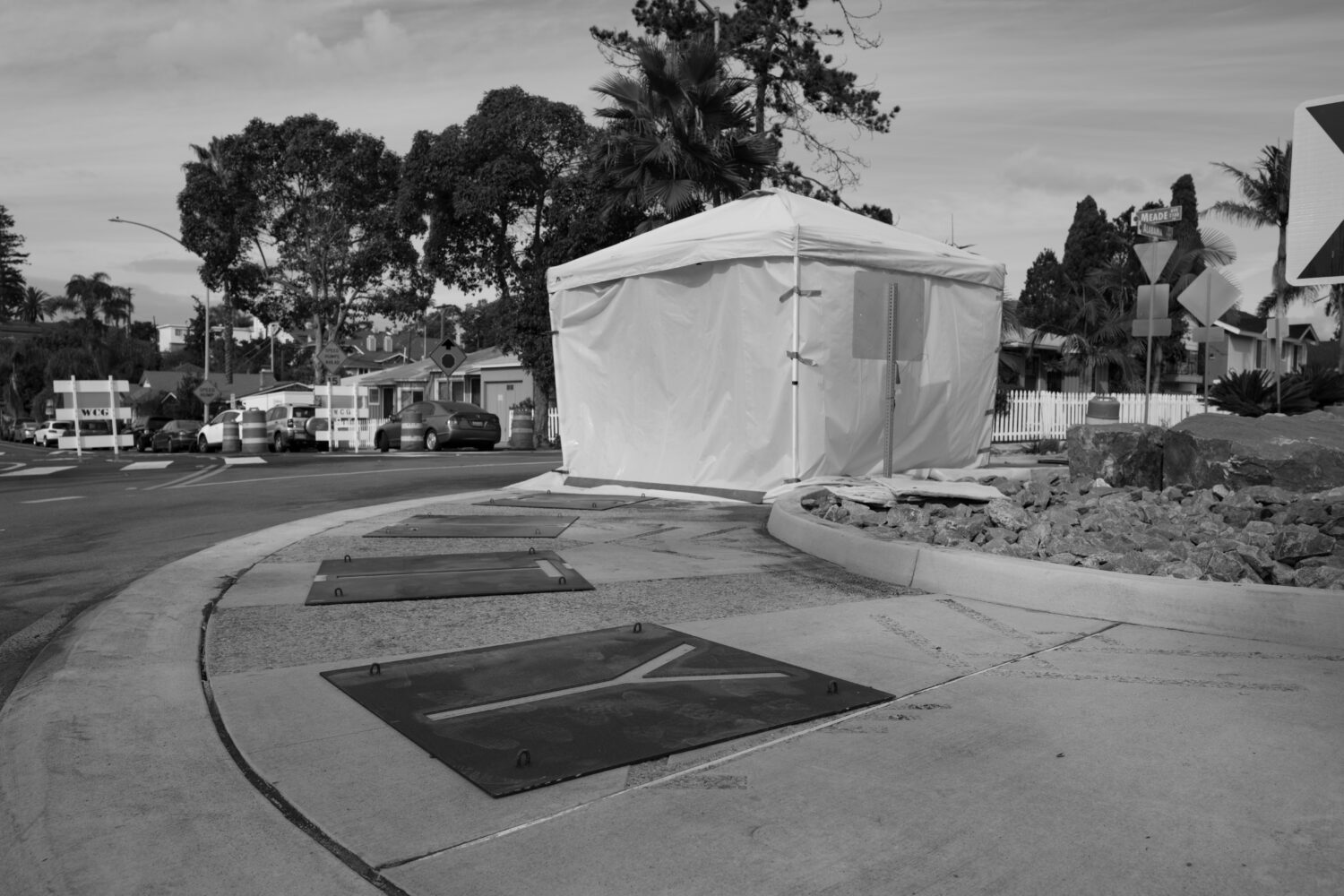 Vitals for the last, of stencils, is same as the previous photo, except two minutes later.

Wrapping up, while the title could be me lambasting the snafu, it specifically refers to sandblasting away the error. First syllable is removed because I like to alliterate.