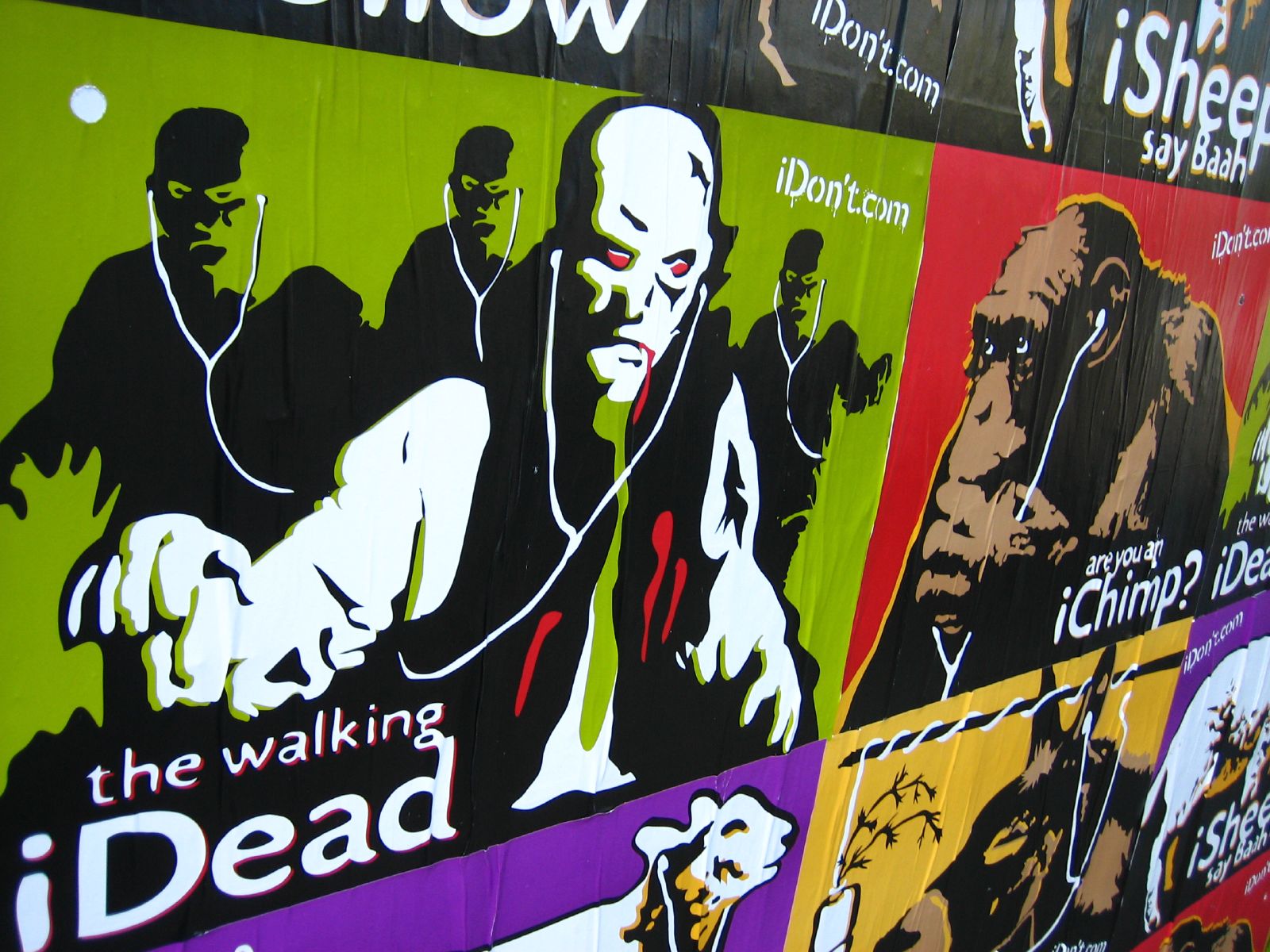 My buddy Jim Dalrymple told me about the so-called iPod zombies of New York. He’d read a post somewhere about how so many New Yorkers used iPods that the streets had become a sea of white bobbing headphones—zombies floating along oblivious to all living things. So, on a trip to New York last week, he saw the horrid reality for himself; gasp, it’s true!

I’m headed to Manhattan this week on business and will see for myself if this iPod counterculture movement is for real. That’s counterculture as in counter to normal social interaction. Surely there’s a PhD for someone somewhere willing to write a thesis on the iPod’s growing social—excuse me, antisocial—effects on the streets of New York and elsewhere.

I hit the San Francisco streets last week, where I saw nothing like the so-called New York phenomenon. Plenty of people using PowerBooks were in view and that new downtown Apple Store was wall-to-wall people (how do you get to merchandise that’s five people deep—as in no degrees of separation).