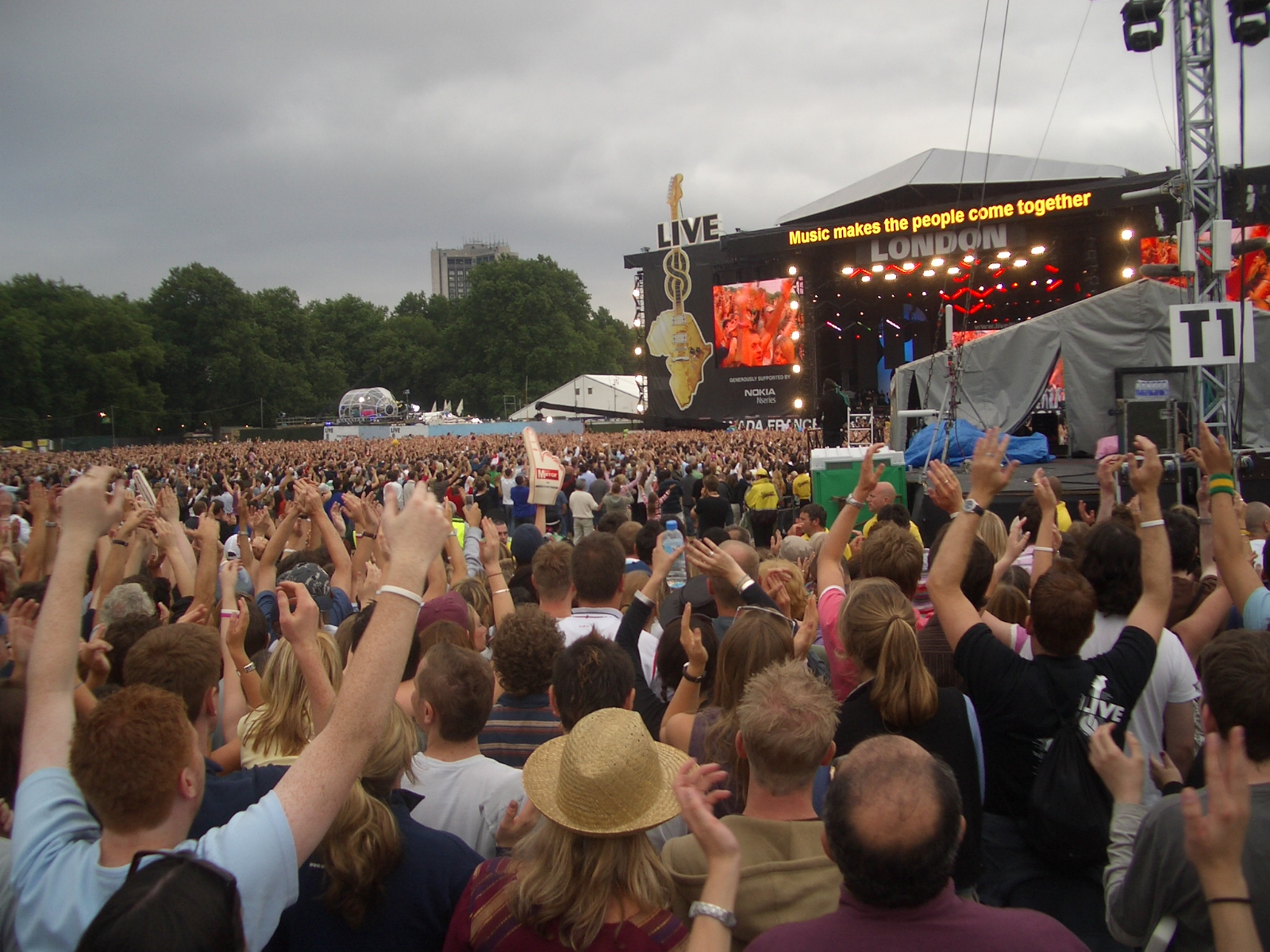 Two Saturdays ago, the family hauled off to Tysons Corner Center, so that my wife could shop at the New Balance store and my daughter at the Sketchers there. On a giant flat-panel monitor at the back of the Sketchers played Live 8, particularly Richard Ashcroft’s performance, with Coldplay, of The Verve staple “Bittersweet Symphony”.

The performance stuck with me, as did vague memories of Live 8, which I mostly missed. I certainly shouldn’t have overlooked the concert as much as I did. During summer 2005, I struggled through some logistical problems at work, which greatly distracted from many things that should have been greater priority. Events like Live 8 come `round maybe once in 20 years, if Live AID is any indication.

Priorities are in flux right now. Several influences have me re-evaluating mine. Last summer, my sister dumped her job and now does missionary and service work in Guatemala. She’s thinking right. I spent my twenties doing service work. It was rootless existence, in many respects, yet fulfilling. Each day existed for no other. I’m tired of technology and acquisition. I long to help people.

It probably helps no one, unless the money goes to somewhere other than corporate coffers: Friday night, I bought the Live 8 DVD at, of all places, Target. Yesterday, I popped the DVD into the Media Center PC, while my daughter and I cleaned the house. I only meant the first DVD (there are four) as background music as we worked. But the crowd and the music transfixed my daughter, who recognized many songs that I’ve played but whose names or artists that she didn’t know.

My 11 year-old and I discussed the concert, its purpose, and the intent to help people in Africa. She couldn’t quite grasp the concept of the G8, but otherwise resonated with Live 8. I explained about Bob Geldof and Live AID. We watched his introduction and performance, in Philly, I believe.

Was Bob wearing pajamas, because that’s how it looked to me? Maybe Mr. “I Don’t Like Mondays” doesn’t like any other day of the week. Bed is better, maybe. John Lennon thought so.

I long have liked Bob’s band Boomtown Rats, by the way. “Tonic for the Troops” was one of my first new wave albums (“Billy’s caught in a rat trap!”). Earlier purchases, Elvis Costello’s “My Aim is True” and Nick Lowe’s “Pure Pop for now People” (better known as “Jesus of Cool” outside the United States), were more indicative of my music tastes during the late 1970s.