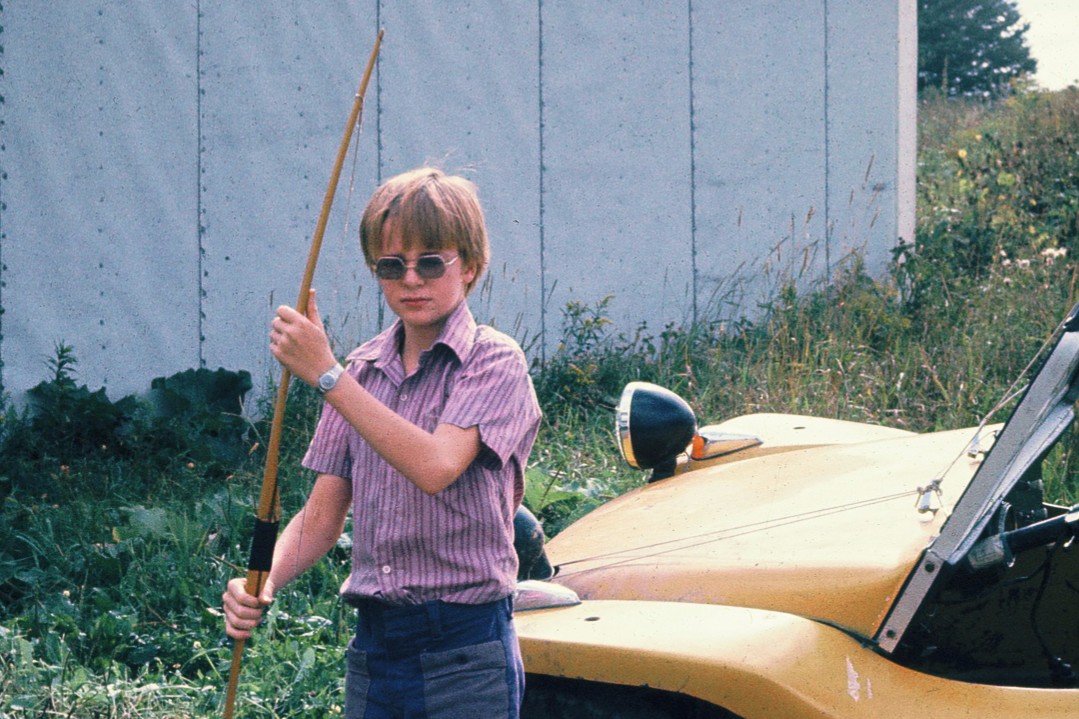 Dad, mom, my three sisters, and I had gone to my grandparents house to celebrate. Nana made tasty pork chops, for which I had no appetite. For dessert, there was fresh baked chocolate cake—yum, my favorite—and actually two. I had no taste for cake, either. Instead, after picking at my food, I lay down on the couch. My sister Annette, who is closest in age to me, also was ill. We both had fevers, and I assumed that we shared the same flu.

Mom thought differently. I normally had a voracious appetite; 14-year old boys are always hungry. My sister still could eat. Mom took note of the one symptom and called the doctor when we returned home, late evening. I groggily remember her rapidly and insistently talking to the practitioner while I lay on the couch. She phoned not once but several times. I felt embarrassed by the phone calls, because I was so sure my sister and I had the same flu bug.

Persistence paid off for mom, who short in stature reached heights for her tenacity. In the retelling of the symptoms, the doctor also got to wondering about the loss of appetite. So, he asked her to press down on the right side of my tummy, which was tender to the push. Mom’s intuition and astute observation uncovered a different ailment—and 14-year old Mr. Know-It-All was way wrong in his self-diagnosis.

The doctor suddenly suspected appendicitis, but without the typically-expected discomfort. My only pain response was to the push on the tummy. My parents rushed me to the hospital, where elevated white blood cell count confirmed suspicions.

The surgeon later removed my swollen appendix, which likely would have burst overnight; he operated about one the following morning. Otherwise my life could have ended at 14 years and one day.

Editor’s Note: This post was restored from an old TypePad archive on May 10, 2015 (also Mother’s Day). The restoration, with original dates, is part of an ongoing but slow-moving project. Last year, I discovered that in the process of improving bloghost options over the years, hundreds of my earlier posts are missing but, fortunately, saved to text backup. “Thanks, Mom” is among them. The original featured her high school graduation photo, but I think she might appreciate the one of her teenage son more.