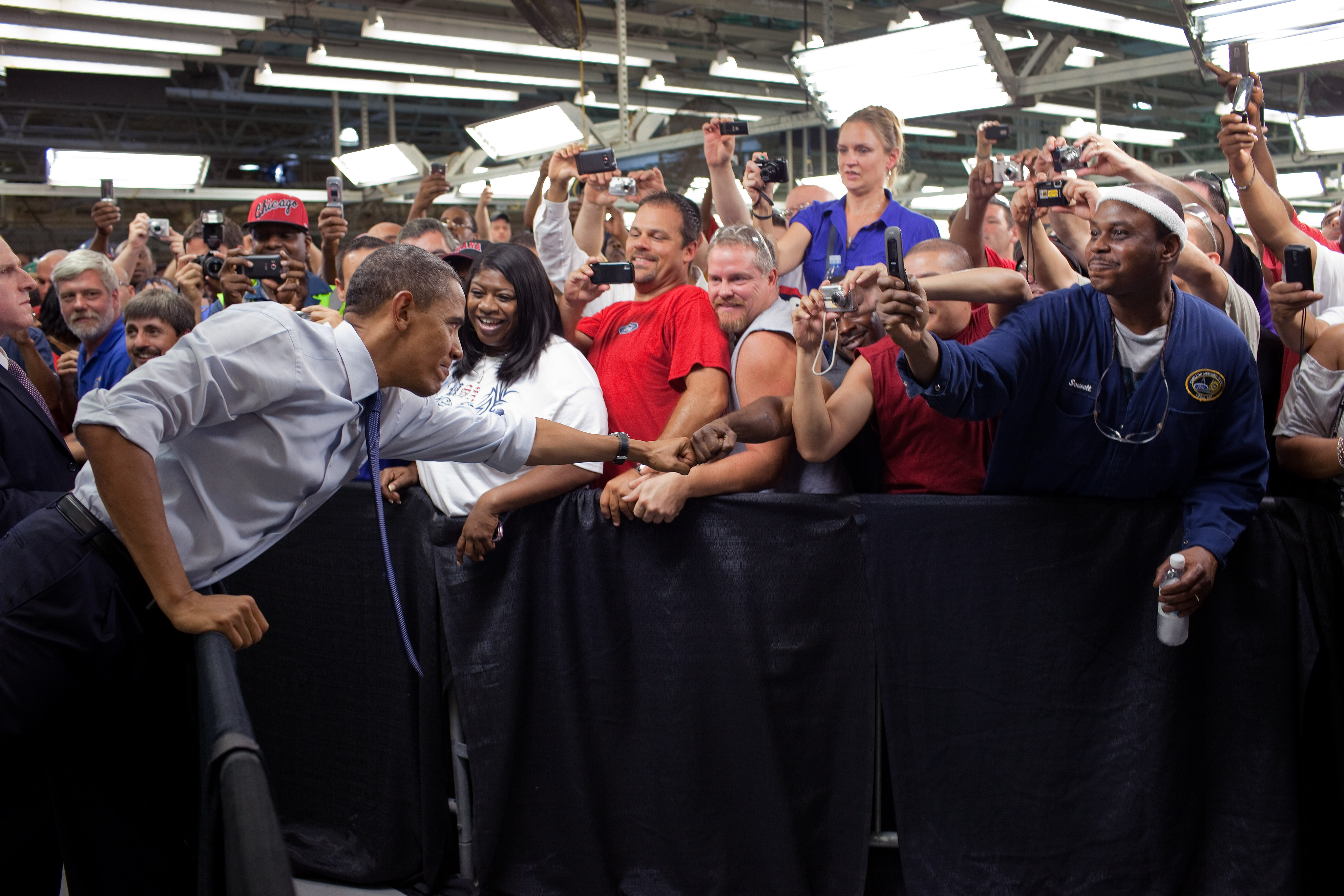 My answer is yes. Artificially created debt is cholesterol clogging the arteries of consumer spending. The economy that created the debt is gone. Only by surgically removing debt can Americans freely spend, thus pumping fresh blood to the heart of the U.S. economy. But, hey, I’m no economist, although in 2005 I rightly predicted the housing bubble’s collapse and much of the aftermath. Surely such insight is worth something.

TARP (Troubled Asset Relief Program) succeeded in bailing out the rich and made them richer—six days ago Wall Street Journal reported that “about three dozen of the top publicly held securities and investment-services firms—which include banks, investment banks, hedge funds, money-management firms and securities exchanges—are set to pay $144 billion in compensation and benefits this year.” The paper describes the amount as a “record high“. The rich are richer, while most other Americans are poorer: At least one in five homes is worth less than the mortgage value; unemployment is stuck above 9 percent (not counting another 10 percent to 12 percent underemployed); and consumer spending spurts and sputters month-to-month.

The problem is this: Between 2002 and 2007, Americans amassed huge amounts of debt spurred on by an artificial economy sustained by greed and fear. While mortgage lenders and investment banks bear much of the responsibility, they’re not alone. Many Americans treated rising home equity values as ATMs. They cashed out equity to buy new cars, big-screen TVs and smaller items. Between 2001 and 2005, for example, consumer spending (spurred on by home equity ATMs) and new construction accounted for about 90 percent of U.S. GDP growth. More typically, consumer spending accounts for 60 percent to 70 percent of US economic activity, depending on which analyst does the estimates. A family that cashed out $50,000 in equity from their home during the bubble years contributed to economy-lifting consumer spending, but from debt. Since the bust, their $400,000 home might be worth only $300,000. Not only is the equity ATM gone, but they owe more than the property is worth.

I defined the situation in July 2009 post “Reich’s Right: No Economic Recovery in Sight“:

The boom gone bust left many, perhaps most, Americans in some kind of debt. Equity and billions of dollars in mortgaged-back spending are gone. Here’s the problem: The bubble was an artificial construct that created real debt. The equity and investment tools were mirages. They didn’t exist, because their values were arbitrary and not fixed to real assets. Yet they left behind real damage—economic devastation on the order of atomic blasts, with radioactive fallout continuing destruction. Recovery can’t come while fallout continues to spread across the economy…Americans have so much debt, and no longer the means to repay it.

The fictitious economy that created the debt is gone. The U.S. economy will limp along as long as Americans, whose spending is the country’s lifeblood, are burdened by debt.

The Foreclosure Bubble Deflates
Worse, there’s a bill that the United States has yet to pay for half a decade of debt-driven consumer spending and housing bubble mortgage lending. The housing market’s collapse has yet to exert its full impact on consumer spending, because millions of Americans in foreclosure stopped paying their mortgages, which freed up cash to spend on consumable goods and frivolities. But when forced out of their homes into the rental market, these people will suddenly have to pay for someplace to live (assuming they don’t end up homeless). Many of these foreclosure loafers will see their monthly expenses increase by one-third or more. Multiply the added monthly spending burden to millions of Americans and tepid consumer spending suddenly retracts; bad could be way worse.

How soon the remaining foreclosure loafers will be sent packing from their residences is ever-more uncertain. There is a sudden row of controversy about a September surge in repossessions and mishandling paperwork for many foreclosures. According to RealtyTrac, 1 in 371 homes received a foreclosure notice in September. Total number of homes currently in foreclosure: 2,021,675. The number of repossessed homes topped 100,000 for the first time in any month. However, the number of actual repossessable homes is likely much higher, with banks throttling back. Too many repossessed homes coming onto the housing market too fast could overwhelm it with cheap inventory. Such circumstance could further drive down housing prices and make even more neighborhoods undesirable to live because of the number of empty homes. From that perspective, non-paying residents are more desirable than vacant houses.

However, banks and other mortgage lenders may have other reasons for letting foreclosure loafers stay rent free: Fear and denial. Two years following the stock market’s tumultuous atomic blast, no one can safely say how much toxic fallout remains among mortgage-backed investments. The more banks dig into their foreclosure paperwork, the more debt fallout they are likely to find. There is fear of the unknown. It’s sadly ironic. Credit counseling services help consumers get over denial. Often consumers get into real financial problems after ignoring letters and other communications from their creditors. They pretend the debt problem doesn’t exist. Banks’ behavior is about denial, too. Attitude: They can be most hurt by what they know.

All this leads to the expanding controversy about the foreclosure paperwork trail, or lack of it. Major banks and other mortgage lenders suddenly are conceding there are lots of problems with their foreclosure paperwork. What’s disturbing is how endemic are the problems. Besides shoddy paperwork—an unsurprising circumstance considering how often these mortgages changed lenders—many foreclosures were processed by unqualified “robo-signers“. The situation suggests banks wanted to process the foreclosures as cheaply and as efficiently as possible, but I see something else: A lack of desire to thoroughly review the documents, which could reveal the extent of financial exposure everyone wants to deny. Repeated: Banks can be most hurt by what they know and must publicly disclose. Suddenly, economists and other informed onlookers (yes, even journalists) realize that banks might carry many more bad mortgage investments than even the most bearish onlookers considered—right, the same debt banks psychologically sought to deny.

Bank of America and JP Morgan Chase are among the institutions putting temporary holds on foreclosure sales. The suspensions are bags of mixed troubles:

October 14th New York Times editorial “The Foreclosure Crises” nails it: “This latest foreclosure crisis should settle one issue once and for all. The banks that got us into this mess can’t be trusted to get us out of it. The administration and Congress need to act.”

There’s a Bailout that Matters More
The impending crisis is opportunity for the Obama Administration to bail out the rest of America—its citizens. The rich got their bailout and in process kept thousands of fat cat banks from exhausting their ninth lives and clawing down the U.S. and other economies when dying. It’s time for the government to step in and buy up consumer debt for pennies on the dollar. My proposal:

The proposal may seem to some people as extreme, but I say no less outrageous than the bank bailout (e.g. TARP) was viewed in late 2008. If not this intervention, the Obama Administration should consider doing something to achieve the same objective. Aggressive action is necessary because the artificial credit economy that produced the debt no longer exists and likely won’t for decades (hopefully never). By bailing out Americans, the Obama Administration can surgically remove artery clogging debt, shock the economy’s heart and start pumping the consumer spending lifeblood. If consumer spending accounts for as much as 70 percent of consumer spending but consumers can’t spend because they’re burdened by debt, how can the economy recover without changing the dynamics—either removing the debt or shifting the economy to another driving force?

Of course banks and credit card companies will balk at such drastic intervention. But it’s to their benefit, too. Banks would perhaps benefit more, by unloading toxic mortgage debt, whether securities or title holdings. By removing their debt and the fear that other banks and investment institutions have hidden liabilities, the Obama Administration could clear the arteries blocked from lending. For all TARP’s claimed successes, it’s marred by one glaring failure: Two years after the crash, credit markets are still largely blocked. Uncertainty about hidden debt and fear over taking on collateral damage has caused banks to withhold credit, even with the Federal Reserve holding interest rates near zero. Banks are unwilling to take the risk but are all too willing to reap other investment-related benefits from the Fed’s low-interest lending policies.

What About Moral Hazard?
Aggressive intervention on behalf of debt-ridden Americans also is a way of imposing some accountability on banks even while liberating them from consumer debt burden. Perhaps such action could address the problem of moral hazard, which contributed to the housing bubble and continues in other facets because the instigators got bailed out by the U.S. government rather than suffering financial ruin. In Cato paper “Moral Hazard and the Financial Crisis“, Kevin Dowd offers definition: “A moral hazard is where one party is responsible for the interests of another, but has an incentive to put his or her own interests first: the standard example is a worker with an incentive to shirk on the job.” He adds:

Measures that rein in moral hazard are to be welcomed and will help to reduce excessive risk-taking; measures that create or exacerbate moral hazard (such as massive bailouts?) will lead to even more excessive risk-taking and should be avoided. In short, a key yardstick that should be applied to any proposed reform measure is simply this: Does it reduce moral hazard or does it increase it? The bottom line? If someone takes a risk, someone has to bear it. If I take a risk, then we want to ensure that I be made to bear it. But if I take a risk at your expense, then that’s moral hazard and that’s bad.

Fear that the U.S. government might someday intervene again creates risk that could help check bad behavior. I agree with Kevin. The major objective of any future financial regulations should be to decrease moral hazard. In the not so distant past, banks lent money solely from their own funds and typically held mortgages to maturity. They assumed the risk. But once banks could tap into outside capital to lend and they could sell off mortgages as investments, risk passed on. Strange, it seems, that one institution passing off risk to another failed to realize that the other institution might act similarly, by unloading risk in equally questionable mortgage investments.

There remains one question: What about Americans’ responsibilities? Should they be so lithely set free from their debts? If the U.S. government hadn’t let off the major instigators of the econolypse, I might answer no. But the rich got their bailout and now huge post-econlypse paydays by earning fat bonuses. They live in lofty cloud homes far above the economic fallout. Jack and Jane American deserve something, too, particularly since they can’t easily or quickly work off their debts given current circumstances. Meanwhile, their inability to spend hurts the entire American economy. It’s time for a bailout that matters at the supper table.