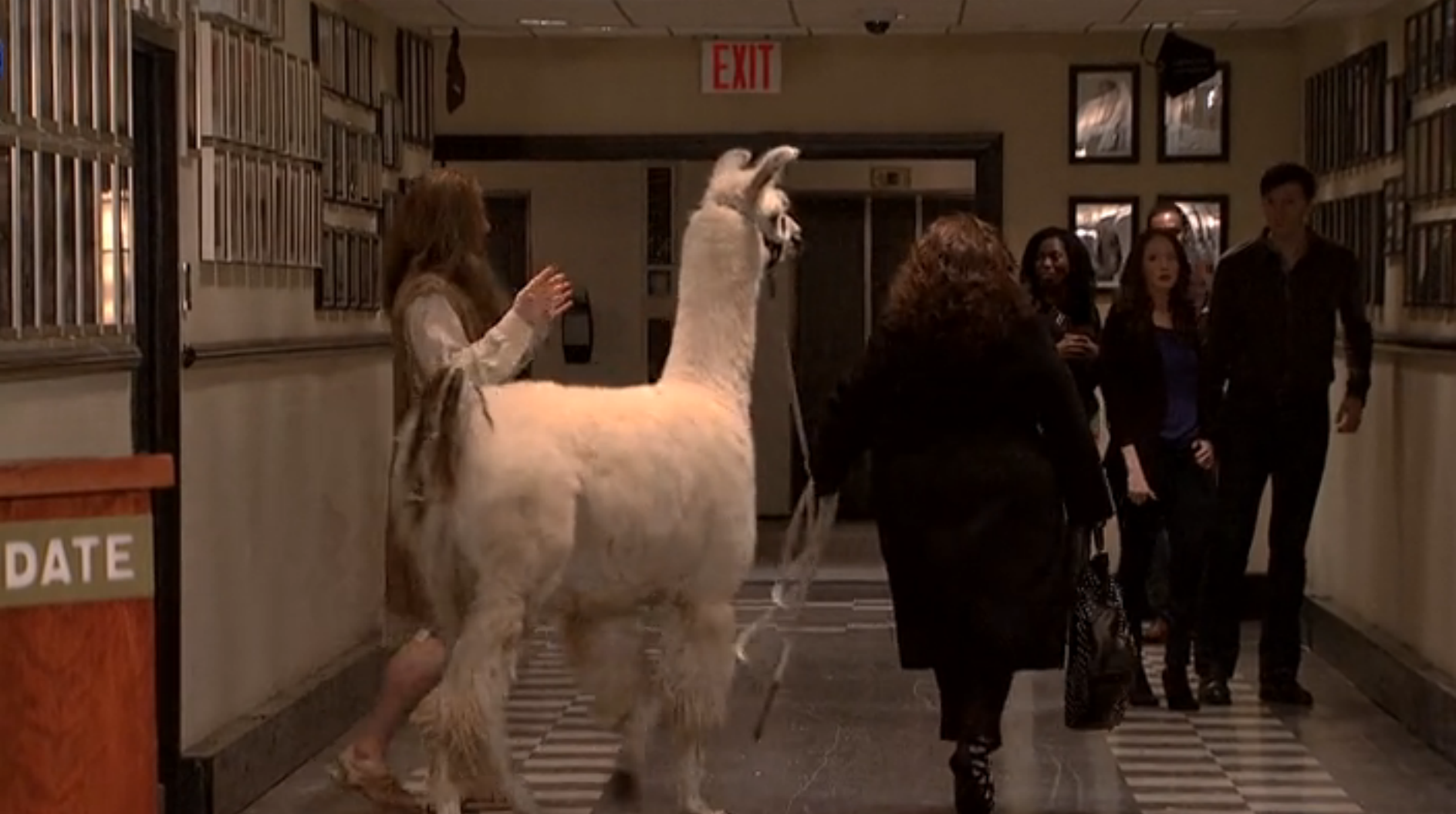 Saturday Night Live Season 39 Episode 13 includes a llama in the opening monologue. Once again, like four years ago with post “Tweet If You See a Tooting Llama“, I wonder about the apparent fascination New Yorkers have with the creatures. So I did a new web search. July 3, 2013, New York Times story “The Llama is In” explains much.

Reporter Jennifer Kingson says the beasts have an “irresistible quality” and that 115,000 are registered globally. According to the International Llama Registry, there are 634 owners in New York—and that’s not many. California, Oregon, and Texas have the most, with 2,496, 2,084, and 2,036, respectively.

But registered owners don’t reveal real populations. “Most people start with two or three, since llamas are sociable and don’t like to live alone”, Kingson, explains.

That couple I spotted walking a llama down Fifth Ave. in summer 1980 might be more a common sight in 2014. Hey, New Yorkers, is it?