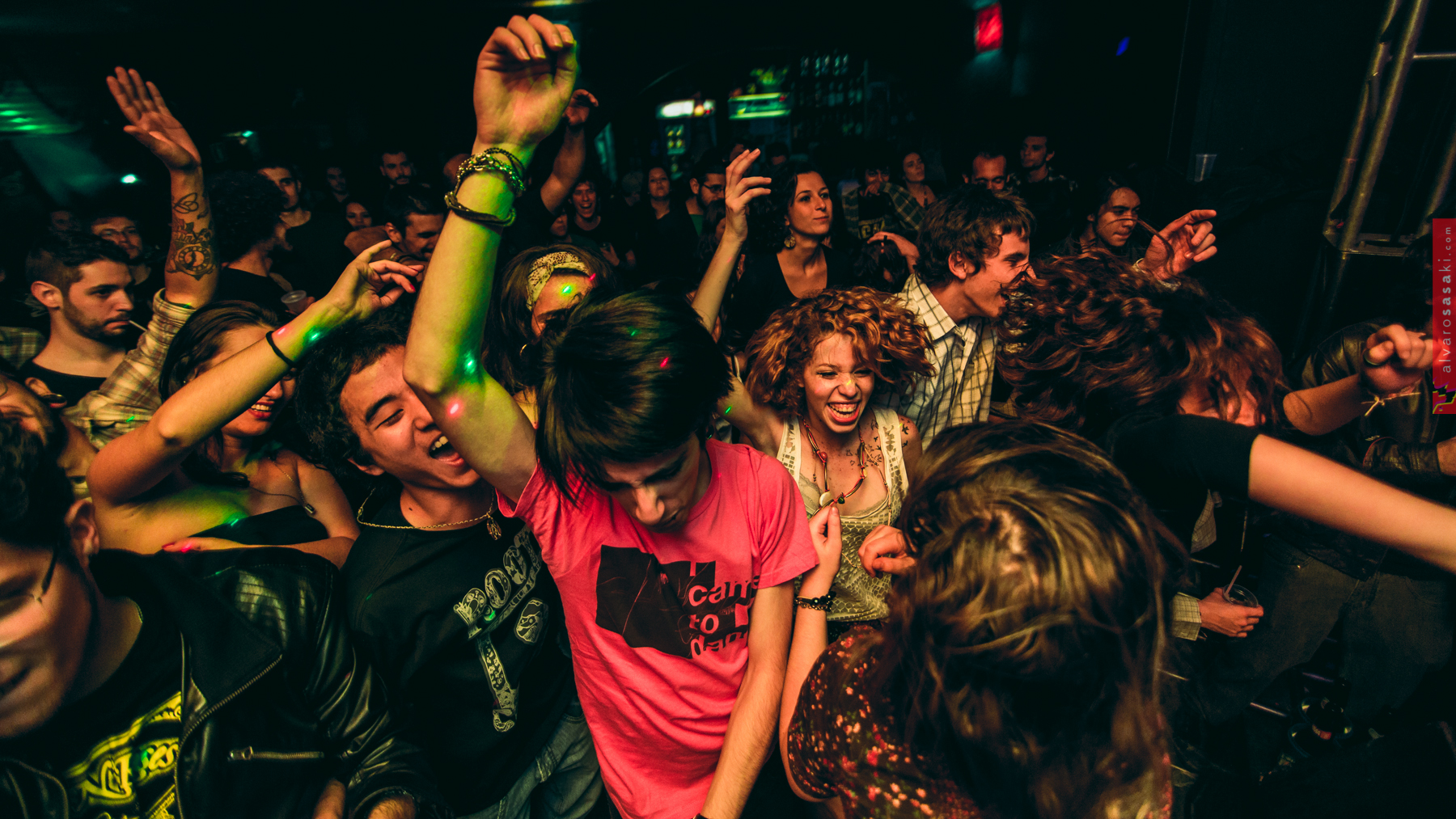 Tight describes the playing of great rock bands. It also applies to the photos Alvaro Sasaki takes of them—in Brazilian clubs, cafés, and bars, where getting the shot means close quarters, big crowds, and hostile lighting. His best photos pull you into the performance. You can taste the sweat in the room, breathe perfume and liquor, and tremble to the vibration of music and stomping of the crowd.

The image above isn’t my first choice but the second, and I started with an unusually large initial selection—about a dozen, which is the most for any photographer in the Flickr-a-Day series. Alvaro’s musician performance pics are that good. I chose the audience shot because of the entire album set—Mestre Ouriço @ Tribos bar; 26 photos.

Don’t you want to be there with these people? Frak, yeah. The deep contrast enhances the shot’s vibrancy. But what you don’t see here, but other pics in the set, is the band Mestre Ouriço’s saxophone player doing his thing with the crowd. He plays them as effectively as his instrument.

I feel for for the photographer. He struggles (as I do) how to make a living producing content. “I love to shoot shows, performances and so on”, he explains. “Unfortunately, I don’t get to earn anything at the end of the day. Oh well. But working towards a living with this, so if you got a tip or anything which can get me a working position or even some food for some photos, yup, I will be extremely thankful”. Helping hand anyone?

Alvaro is from Curitiba, Brazil, but currently lives in Maringá, which is about 425 km to the Northwest. He joined Flickr in November 2006 and shot this photo with Canon EOS 6D and 11-18mm lens. Vitals: f/2.8, ISO 1600, 1/160 sec, 15mm. The original pic was Canon camera RAW converted to JPEG after editing.

Now to answer the question, surely someone asks: This is my first choice among Alvaro’s magnificent collection.