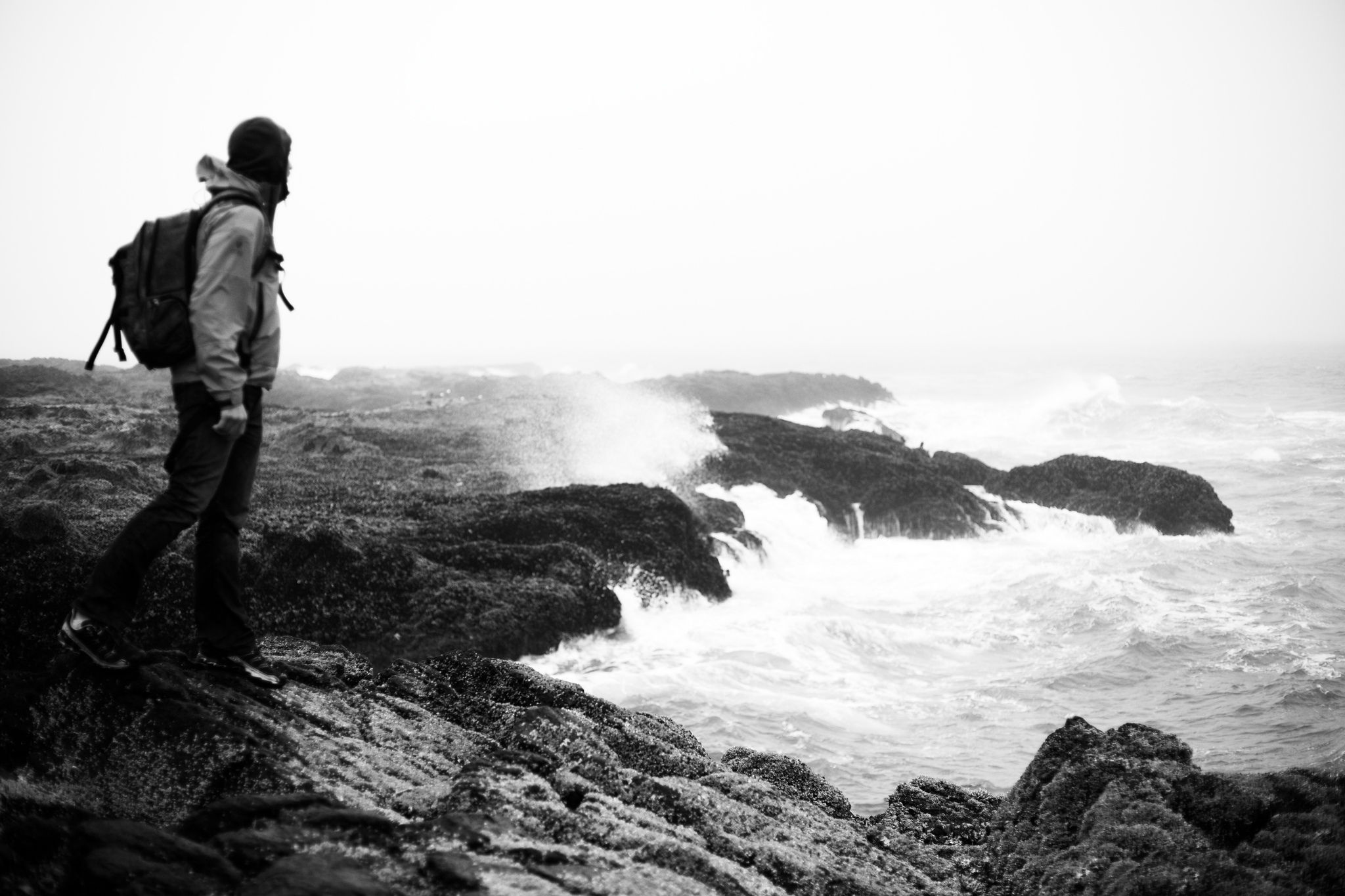 When is a bad photo really good? That’s the question today’s selection poses. During summer 2013, “whilst idling planless in San Francisco, I decided to try and replicate one of the epic shots of Oregon’s Thor’s Well that I see plastering the Internet”, Zach Dischner explains. “That was the extent of my planning. I had a smartphone to lead me there, and hope that I would get there in time for an epic sunset”. The Well wasn’t so well.

The story behind this epic disaster pic makes it today’s Flickr-a-Day pick. They say a picture is worth a thousand words, but sometimes a few explaining the shot’s context make all the difference. This could be just another black-and-white sea shot—the wanderer looking out onto the raging sea. The pic is so much more.

I showed up during a stormy gray evening, and spent the entire evening getting blown over by wind and water. Ended up killing two camera lenses and my 5D Mark II. Wasn’t too sad, I have them insured. Do it if you have $40 to spare. I was soaked, frozen, and a little terrified after spending an evening alone on the storm blasted rock, and didn’t even get a halfway decent shot of the well. But it was still an adventure, and now I know better for next time!

Adventure—yes. Bad shot? You judge. I say “No”.

Zach captured the image with the water-soaked Canon camera and EF 50mm f/1.4 USM lens, on July 23, 2013. He provides more information about the excursion in a blog post about four months later. It’s an engaging read. Photography is all about storytelling, but often the best story isn’t the one a picture tells but the one behind it.

Zach joined Flickr in February 2009. He is a graduate student studying aerospace engineering at the University of Colorado, Boulder. He got into photography on a “whim”. “With pretty much no thinking involved I jumped onto ebay and bought the first dSLR I saw. It ended up being a Canon 30D—and a pretty sweet rig”, he explains. The outdoorsman shoots what he loves. Photo vitals: f/2, ISO 320, 1/320 sec.