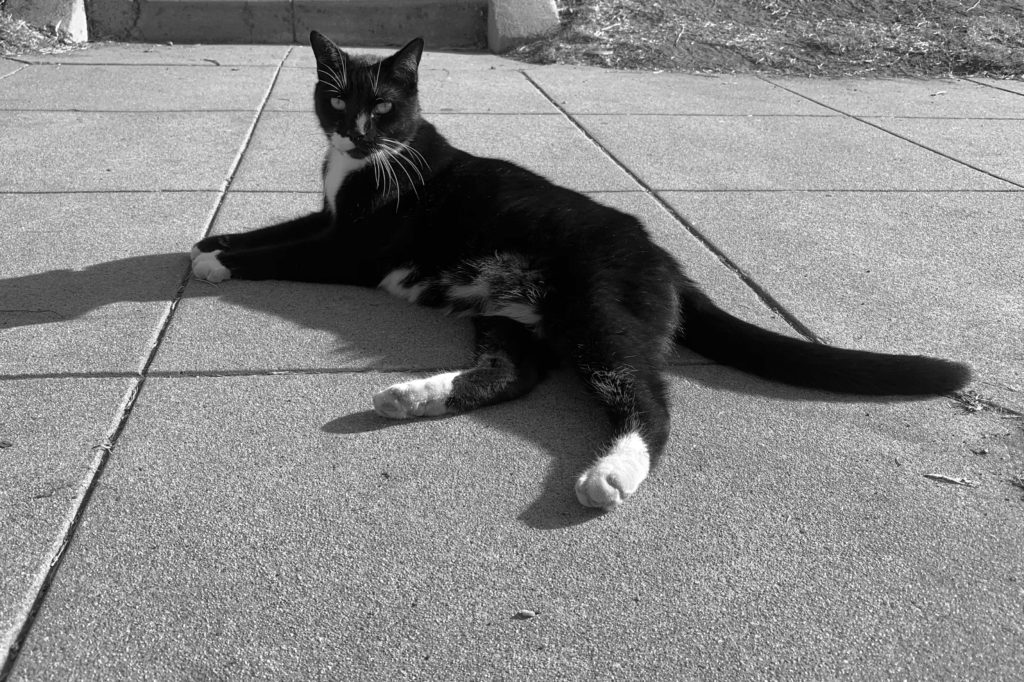 The house,  editorial style for this series is one animal name, single-use only. But that approach stumbles when repeats appear—owner-given, not something I made up when not knowing the real one. Consider Charlies One, Two, Three, and Four as nomenclature nightmare examples. That brings us to our second Kitty, and gender switcheroo—the other being female.

I met Kitty and his owner on Sept. 9, 2019, while walking along Lincoln, between Maryland and Vermont, from the grocery store. He has been with her for about three years—and, if I rightly recall, the Tuxedo was abandoned by someone (or some family) who moved out of the neighborhood. Funny how these cat sightings are: I began this series around the same time the owner started caring for Kitty, and I have walked by the property many dozens of times since without seeing him. No wonder the number of furballs is seemingly constant. 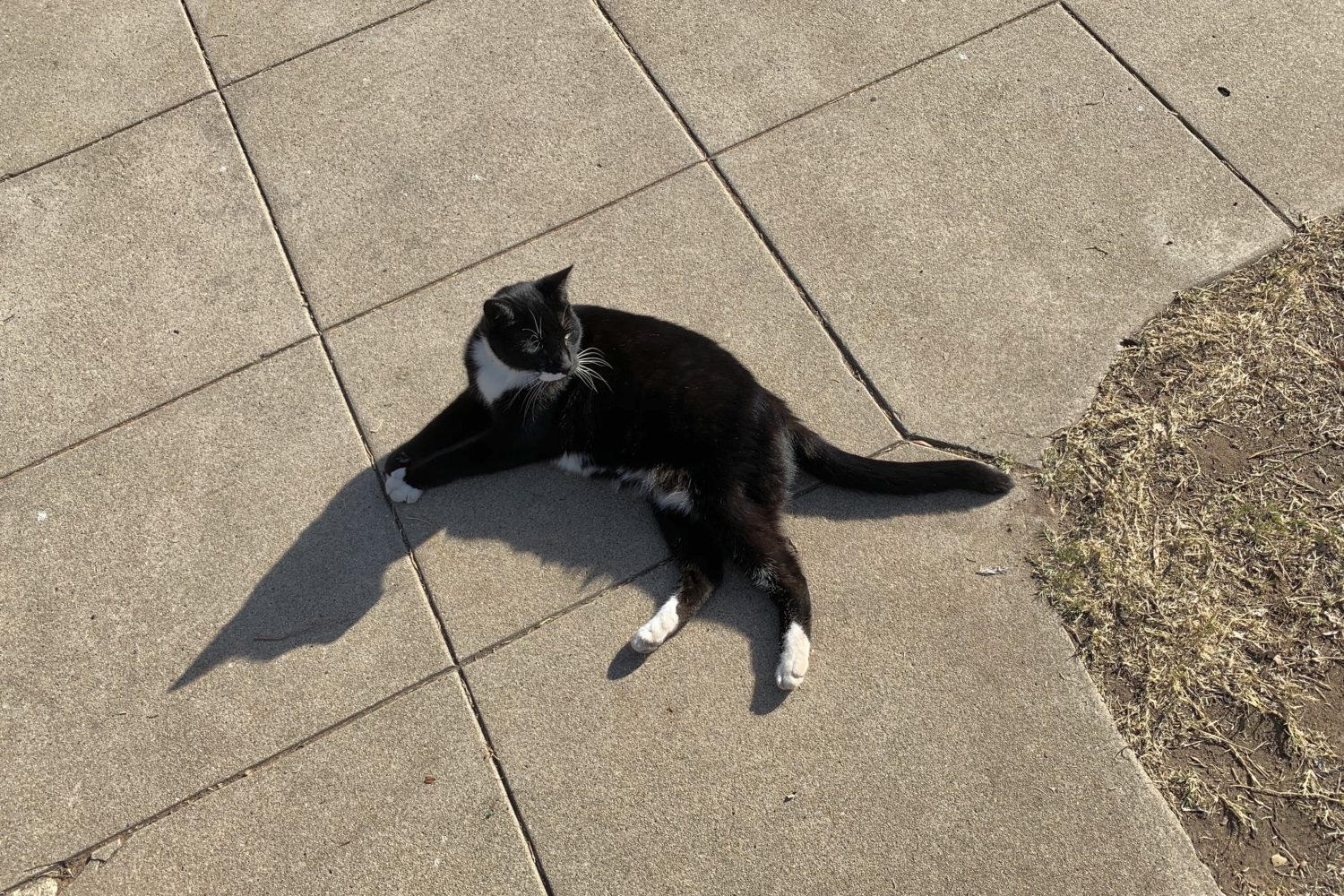 Kitty’s owner is immediately likable, and we talked for a long while, which offered several photo ops of the shorthair using iPhone XS. She lives in a house her grandma bought nigh on a century ago. Not enough residents remain in generational-family homes. But the few are the lifeblood of the neighborhood. Real estate developers circle UH Lifers like vultures, but they are insidious beasts who would kill rather than wait to feed on a carcass. I wonder how long the Kitty clan and others can stand the pecking before selling their most precious ancestral heirloom.

While we chatted, Kitty came around for pats and attention—but moving about so much, making the moment proved challenging. Then there was the problem of severe shadows—some cast by me, others by his mom—that bombed too many of the shots. The Featured Image and companion aren’t that different, but black-and-white conversion creates distinction enough (or so I say). Vitals: f/1.8, ISO 25, 1/1350 sec, 26mm; 4:52 p.m. PDT. The other same except 1/1427 sec, one minute later.