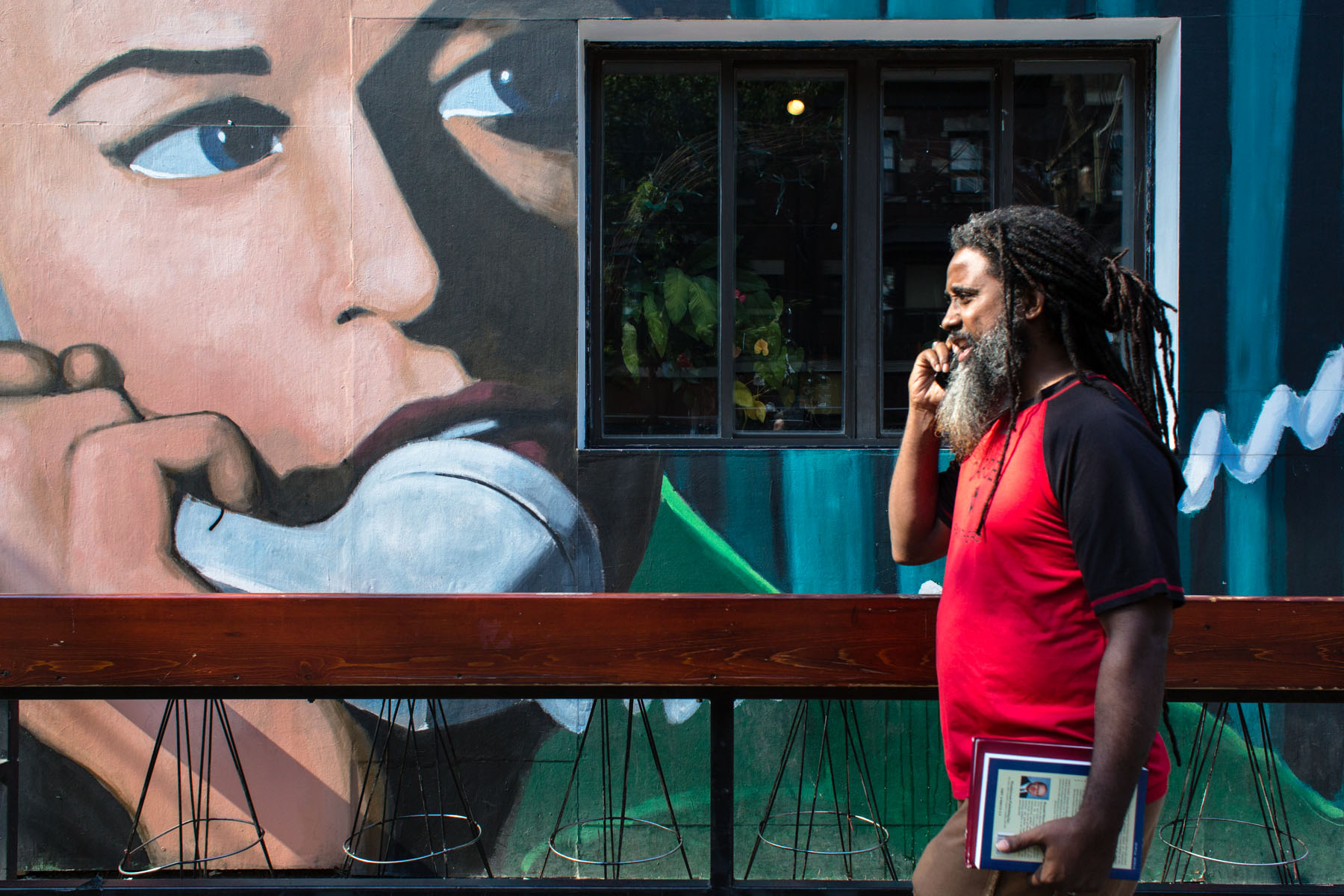 Street photography this difficult looks too easy. Toronto, Canada-based Kat N.L.M. is the roving eye whose lens captures contrasting subjects—things that go oddly, yet somehow appropriately, together. Today’s selection is typical of his setup. You have to be a perceptive and fast shooter to make this kind of magic.

Kat describes himself as an “Anishinaabe artist“—and, confession, I had to Google that. “People and their lives are one of my favorite subjects”, he says of his photography. “My favorite pictures have a strong story-telling focus, and are almost always candid. I aim to transcend language barriers by presenting a story without requiring an explanation, appealing to an audience across many ethnicities”.