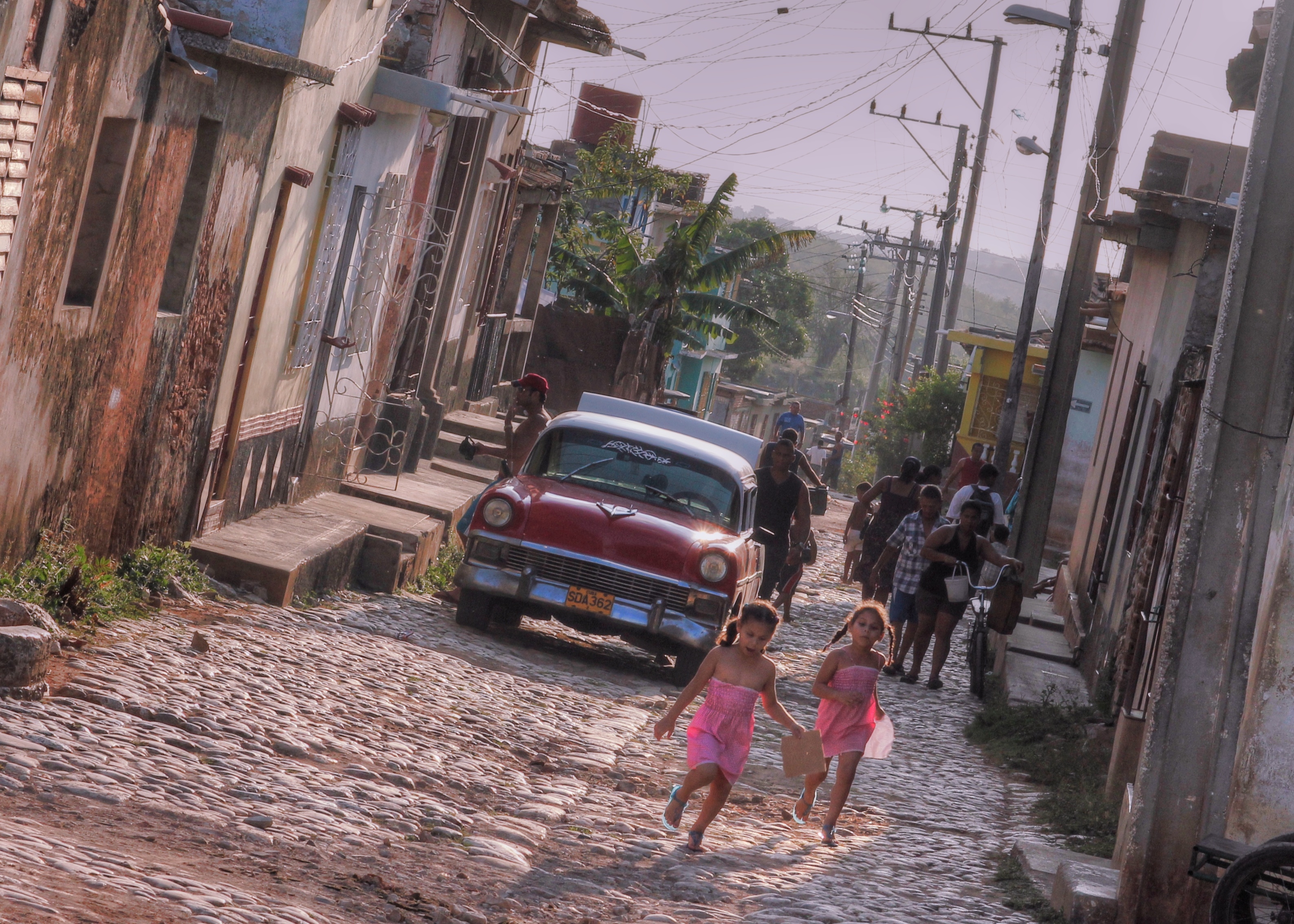 Decades of U.S. isolation of Cuba have failed to accomplish our objective of empowering Cubans to build an open and democratic country. At times, longstanding U.S. policy towards Cuba has isolated the United States from regional and international partners, constrained our ability to influence outcomes throughout the Western Hemisphere, and impaired the use of the full range of tools available to the United States to promote positive change in Cuba. Though this policy has been rooted in the best of intentions, it has had little effect—today, as in 1961, Cuba is governed by the Castros and the Communist party. We cannot keep doing the same thing and expect a different result. It does not serve America’s interests, or the Cuban people, to try to push Cuba toward collapse.

Doug’s street pic, and others from his Cuba album/set, captures the iconic perspective, which includes the mid-last century automobile. I wonder what future photos will show, as U.S. trade and tourism influence increase.

He joined Flickr in August 2008. Doug’s website is a portal to his broader online presence, such as GoodReads, Getty Images, and Tumblr.