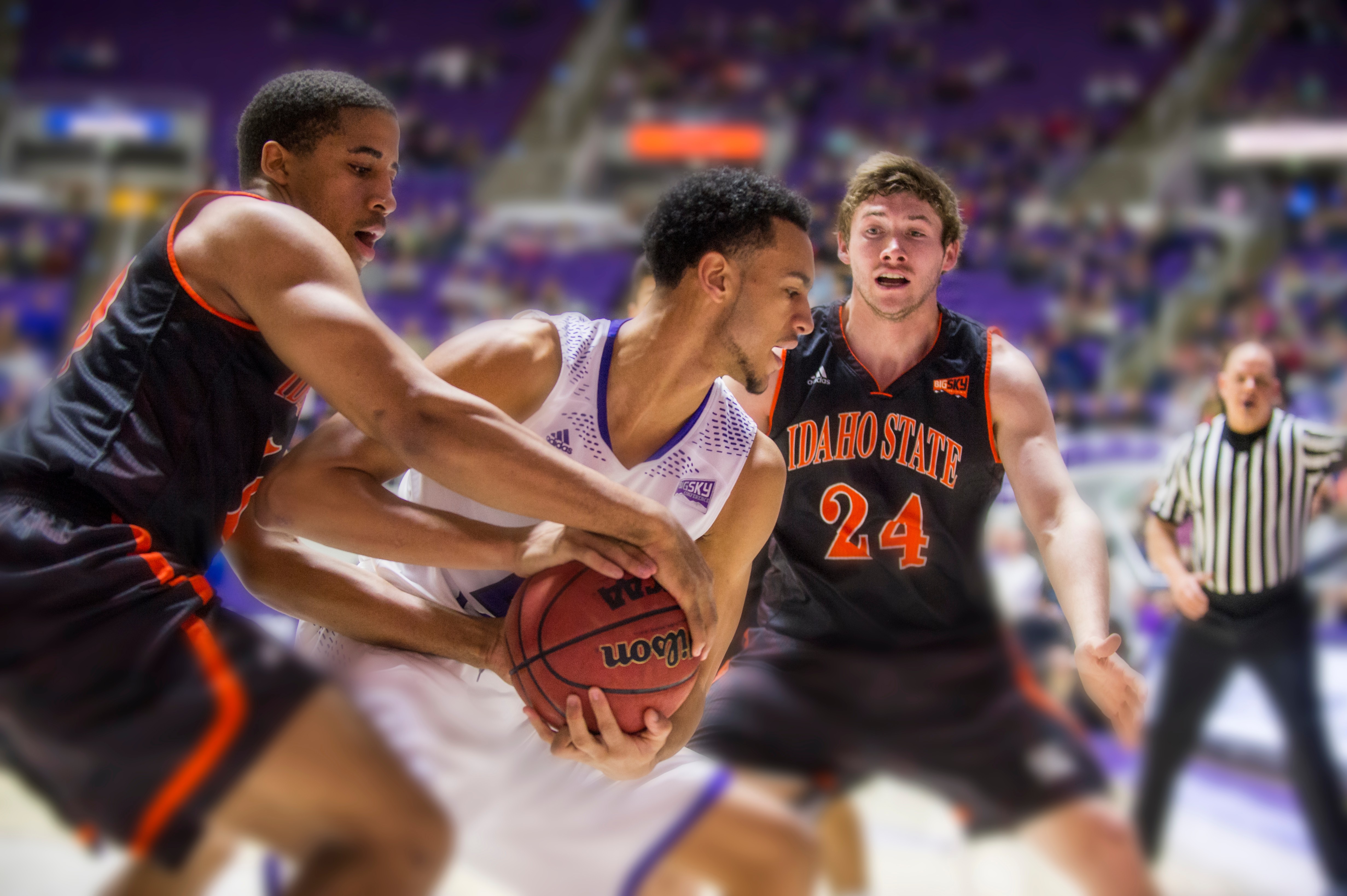 Living in Syracuse, Utah, R. Nial Bradshaw is a photographer for the U.S. Department of Defense. His photostream is phenomenal and, thus, nearly impossible to choose from. I narrowed the number to 70 from the Nikon D4 album, which obviously identifies the camera used.

I considered a magnificent hockey player pic and actually chose a superb portrait of President Barack Obama. But hours before posting, I changed the selection to the other major contender, agreeing with my wife’s opinion that it is a stronger shot.

Nial captured the basketball players on Feb. 28, 2015. Shallow depth of field increases the drama, which eye-level perspective—something too often overlooked—makes the tussle more intimate. Then again, regarding DoF, he may have applied some tilt-shift action in post-processing, which I suspect when looking long at the image. He captured the moment with fast shutter and excellent lens— Nikon 70-200mm f/2.8. Vitals: f/3.2, ISO 2500, 1/1000 sec, 116mm. He joined Flickr in December 2008.