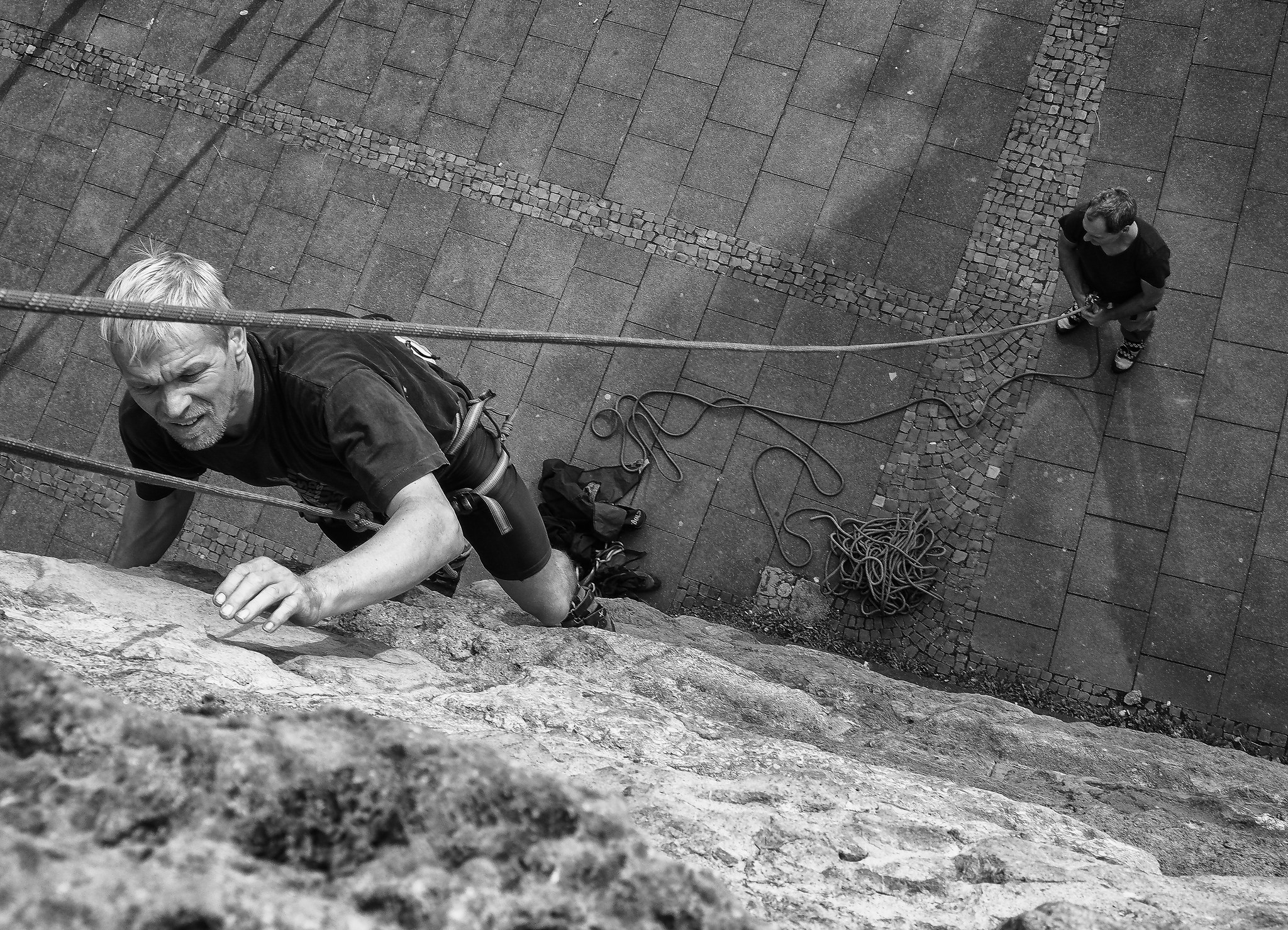 The photostream of Georgie Pauwels just kills me. Picking a single pic is burdensome because her smartly composed street photography captures character and evokes emotion. I debated between today’s selection and self-titled “Finally Spring“, both shot with the same lens—M.Zuiko ED 14-42mm F3.5-5.6 EZ—but different Olympus cameras: E-M1 for the Day taker and E-M10 for the runner-up.

While the almost-chosen is more interesting and widely viewed (more than 28,000 times), the ISO produces a grainy look—that arguably produces a film-like quality in black and white that appeals. I picked “The Difficult Way to the Top”, taken on Oct. 11, 2014, for composition, perspective, and clarity. The pic is super sharp, even full resolution, which adds drama in black and white. Composition of the two people high and low pleases—and Georgie chose rightly to widen depth-of-field. Vitals explain: f/9, ISO 200, 1/250 sec, 21mm. But perspective is the most compelling reason for the selection, which makes the point how important it is for the photographer to choose the best location for capturing the moment.

Georgie is a computer scientist living and working in Wuppertal, Germany. She joined Flickr in September 2010.