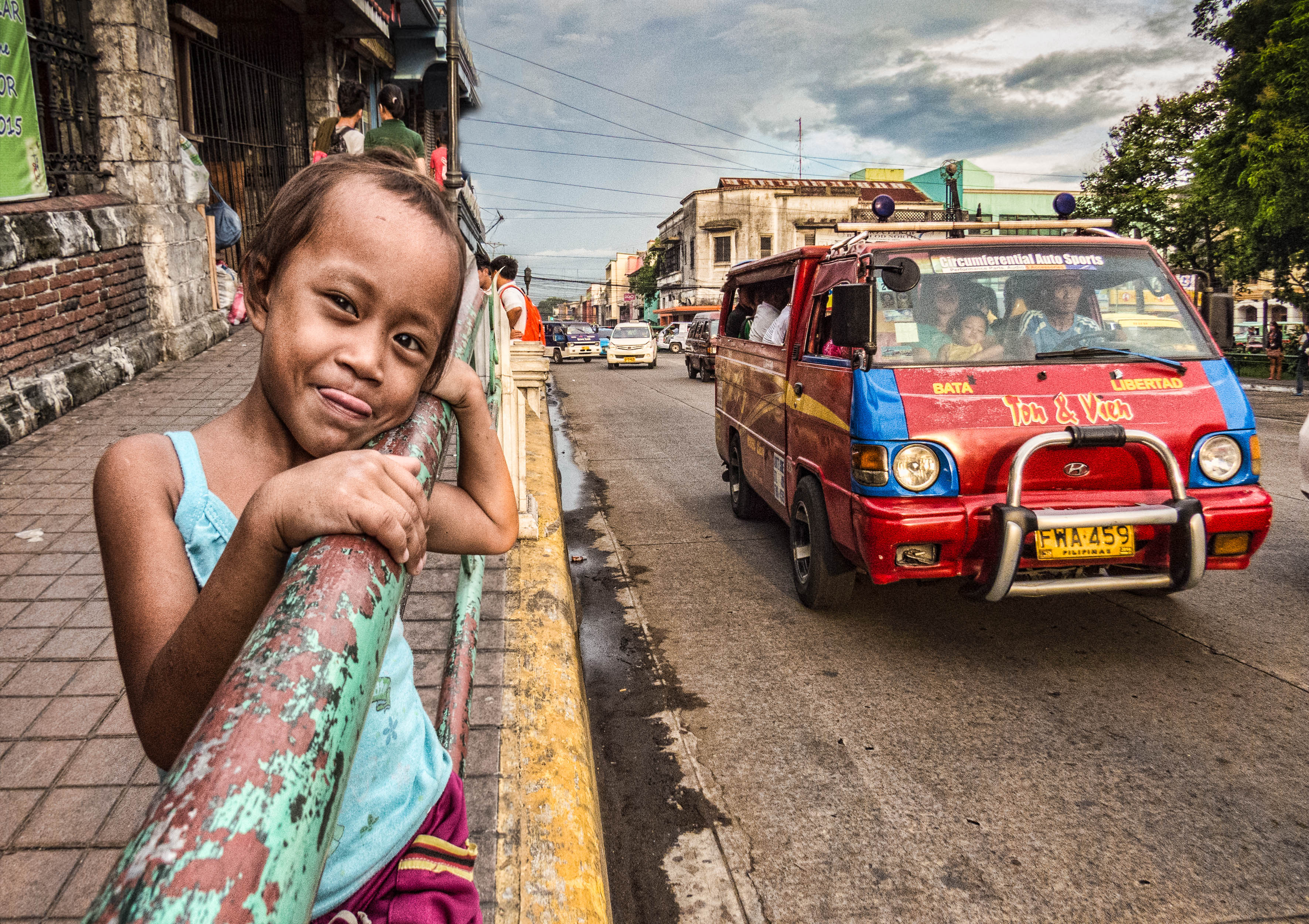 We begin the second half of the year with a treat—two, really; shot and shooter. San Diego, Calif.-based Wayne S. Grazio is a former Navy photographer; post-military career “volunteering for worldwide non-profit imaging assignments”. He explains: “I freelance as a hobby and occasionally take on client’s assignments and imaging projects for volunteer organizations”. His art extends behind the camera: He has a “passion for digital manipulation and learning advanced techniques in Photoshop, Lightroom, and third party plug-ins”.

Today’s selection is example of potential photo bomb gone right. He explains: “While taking shots of jeepneys, a Filipina girl stopped in front of my camera to give me your funny face, lending me a intriguing street scene. Sometimes unexpected outcomes become interesting shots”. They indeed do. The composition is lovely.

“My first pictures were taken on a 127-film format, using a toy camera I ordered collecting Bazooka Bubble Gum Comics wrappers at the age of 8”, Wayne says. “My passion for photography started at that early age”. He moved on to 35mm film in high school for the yearbook. “That is also where I had my first experiences in the darkroom processing film and photographs”. He joined Flickr in January 2007.