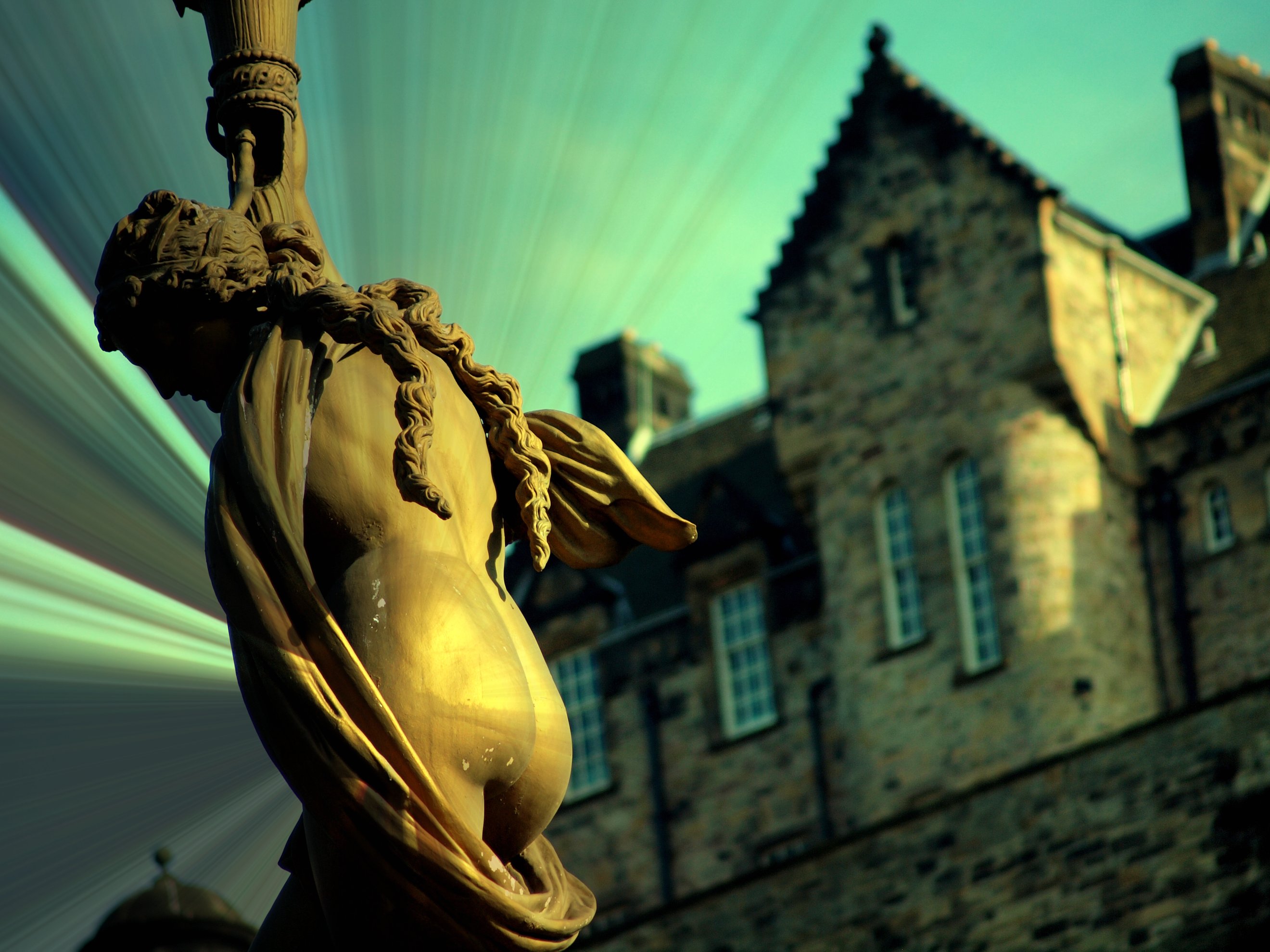 Many shooters featured in this series are decidedly amateur, which describes Archie Ballantine. But only one pic needs to be good enough to be picked, and Day takers often are either interesting or evoke a story. Such is the case with self-titled “Behind the Castle”, which he captured on Aug. 20, 2011, using Olympus E-620. Vitals: f/4.5, ISO 200, 1/640 sec, 150mm.

That said, I find many of his photos shot four years ago (and older) to be much more interesting than those that are recent. One difference, and sometimes it really matters, is post-processing. For example, I nearly chose “Gent Panorama” for perspective and film-like feel.

Archie joined Flickr in October 2005—same month as me. You can also find him on Twitter. He lives in The Netherlands, but took today’s selection in Edinburgh, Scotland.