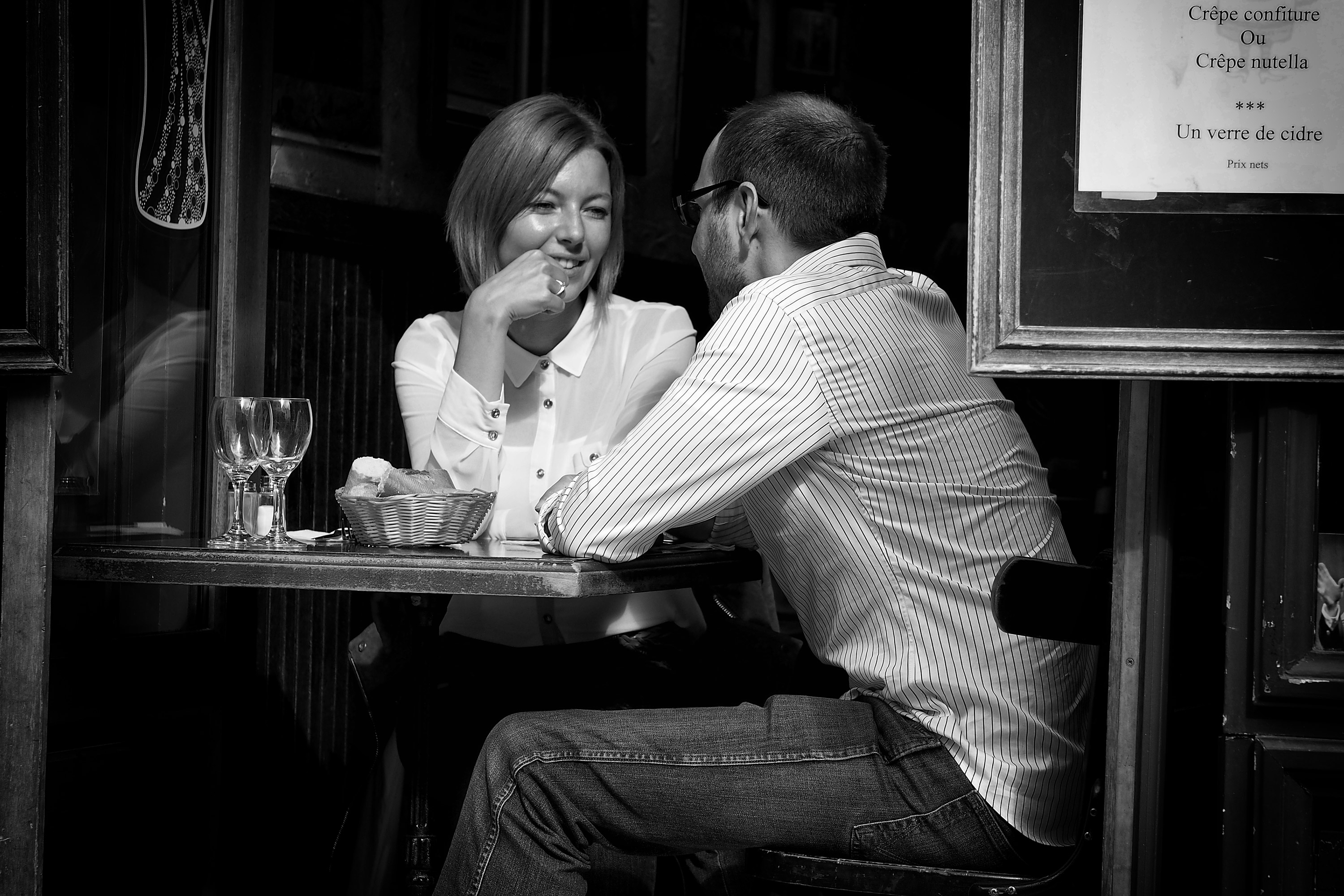 Paris is known by many names, and surely “City of Love” is one of them—hence, today’s self-title. Reiner Girsch captured the sweet moment around April 9, 2015, when the photo uploaded to Flickr (he joined the same month). Camera data was stripped from the EXIF during editing. He typically shoots the Olympus E-M5 with LUMIX G 20/F1.7 lens.

From Cologne, Germany, where he lives, Reiner works as a heavy machining worker. His portrait concludes seven days of Paris street photography, in memoriam, as the city recovers from terrorist attacks on November 13th.