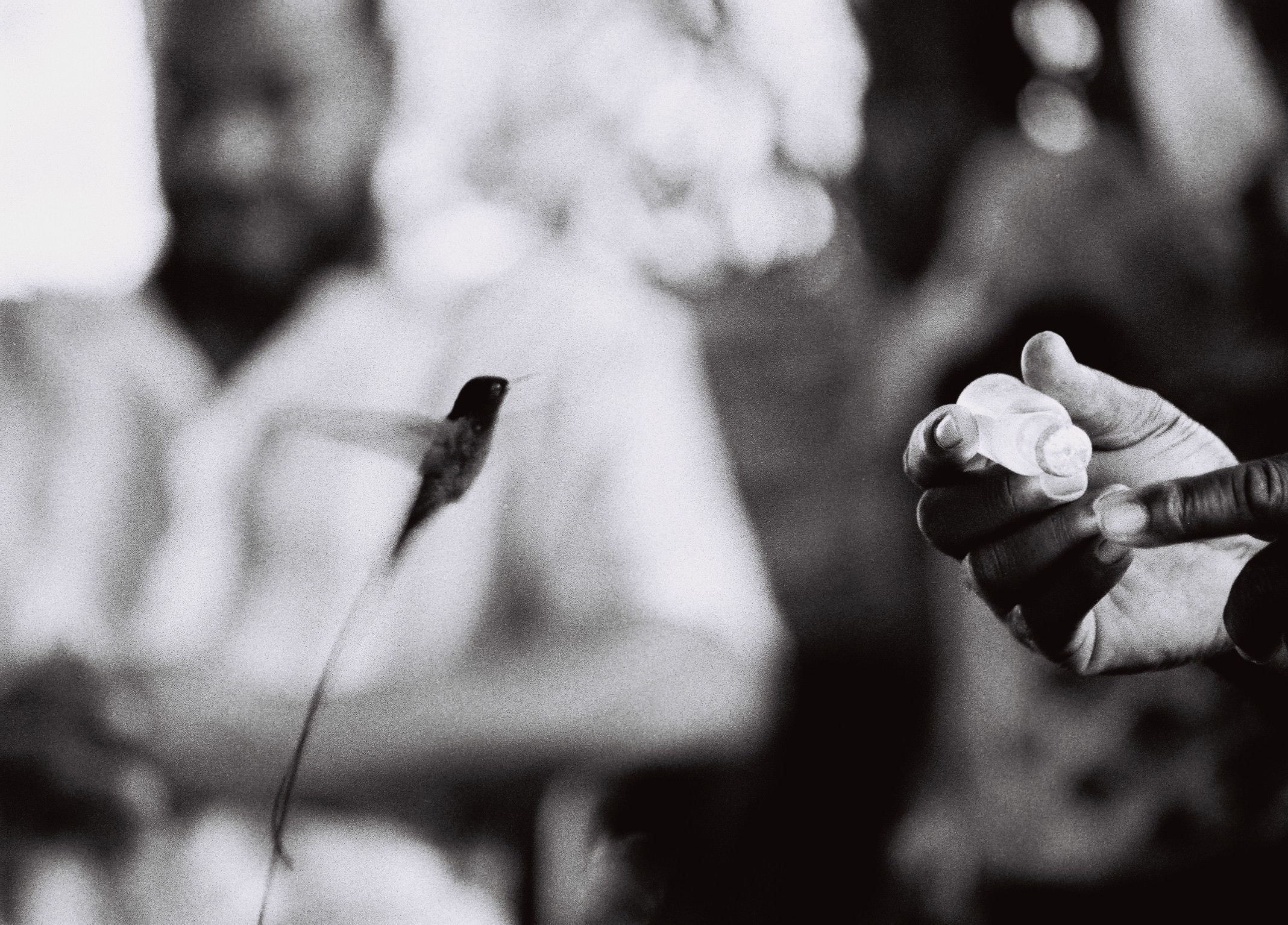 Third black & white in a row, unplanned, brings back film. Leonidas Konstantinidis shot self-titled “Flying for food” on July 16, 2008, using Minolta Dynax 9, and he scanned to digital. Vitals are not available. I picked the pic for bokeh, composition, and dynamic character. The image also demonstrates the appeal of film’s grain for some captures. The photo contrasts yesterday’s B&W selection, where long exposure on a still street yields crisp clarity.

Leonidas started shooting a Ricoh SLR film camera at age 15, mostly manual Macros of animals. At age 28, he returned to photography, with the Minolta 7Xi. “I have used a small Olympus 2 Mpix for 2-3 years and then moved back again to Minolta 7D and a Sony A100. I still use my Minoltas—9000, 600si, 700si, Dynax 9, Dynax 7—with Black-and-white films”. For digital, his mainstays are several Sonys: Alpha A100, A200, and A700, “I like romantic pictures in nature or portraits”, he says. “I love colors and animals, but most of all I love Women and children portraits”.