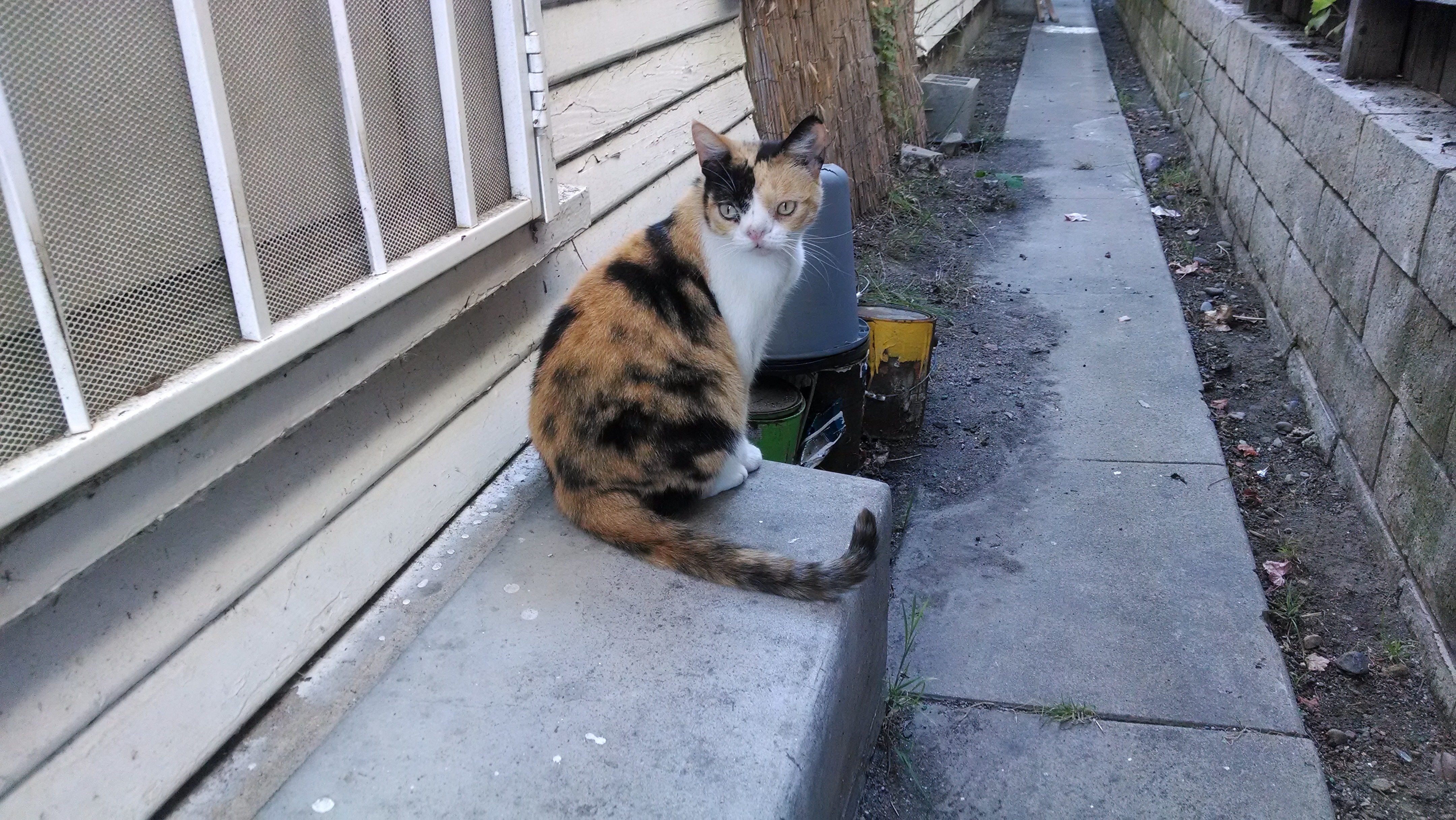 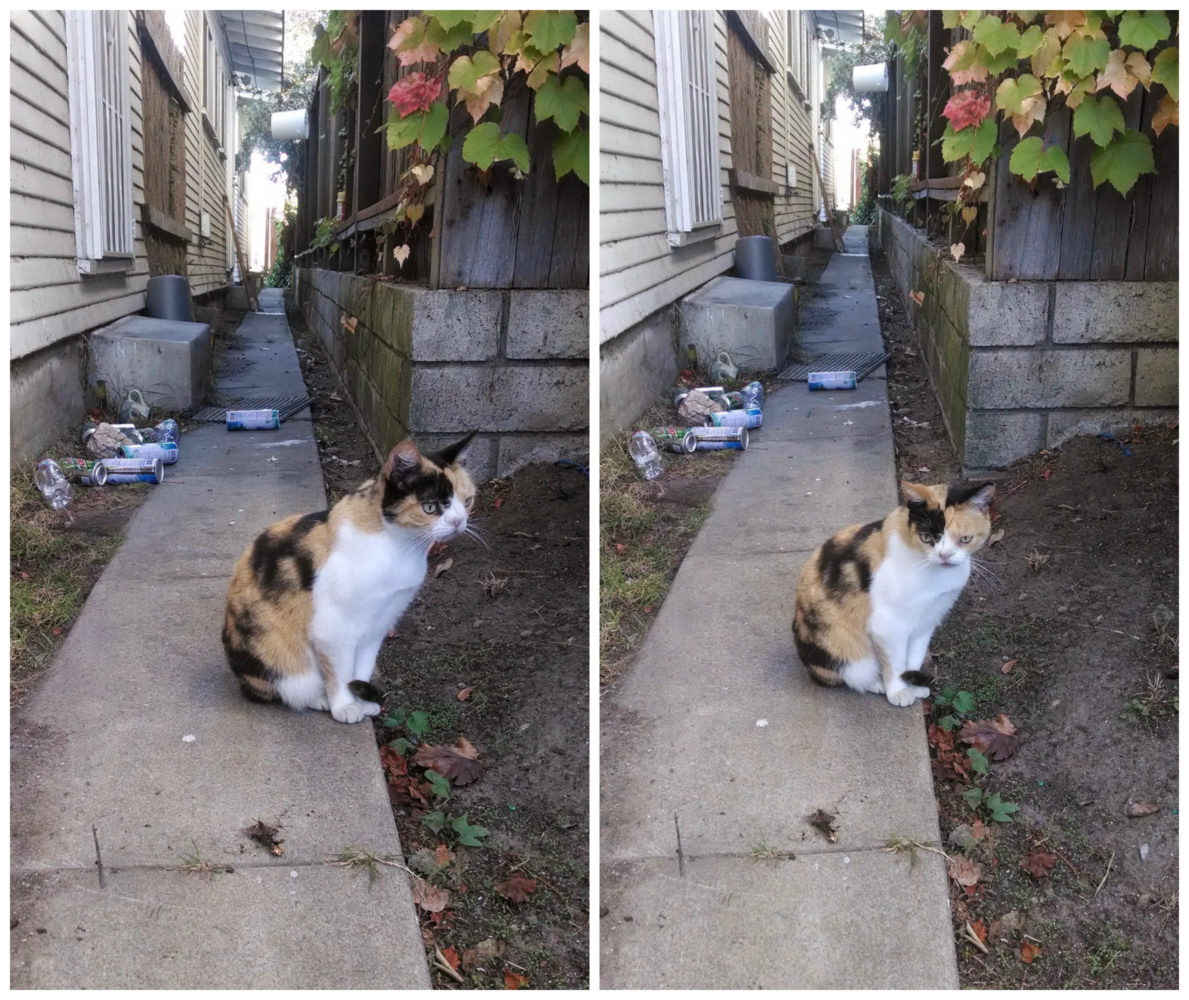 Woo is in the alley adjacent to her home territory. I’ve not seen her there since; in the courtyard, often.

Also in this series, so far: Scruffy and Roly Poly.