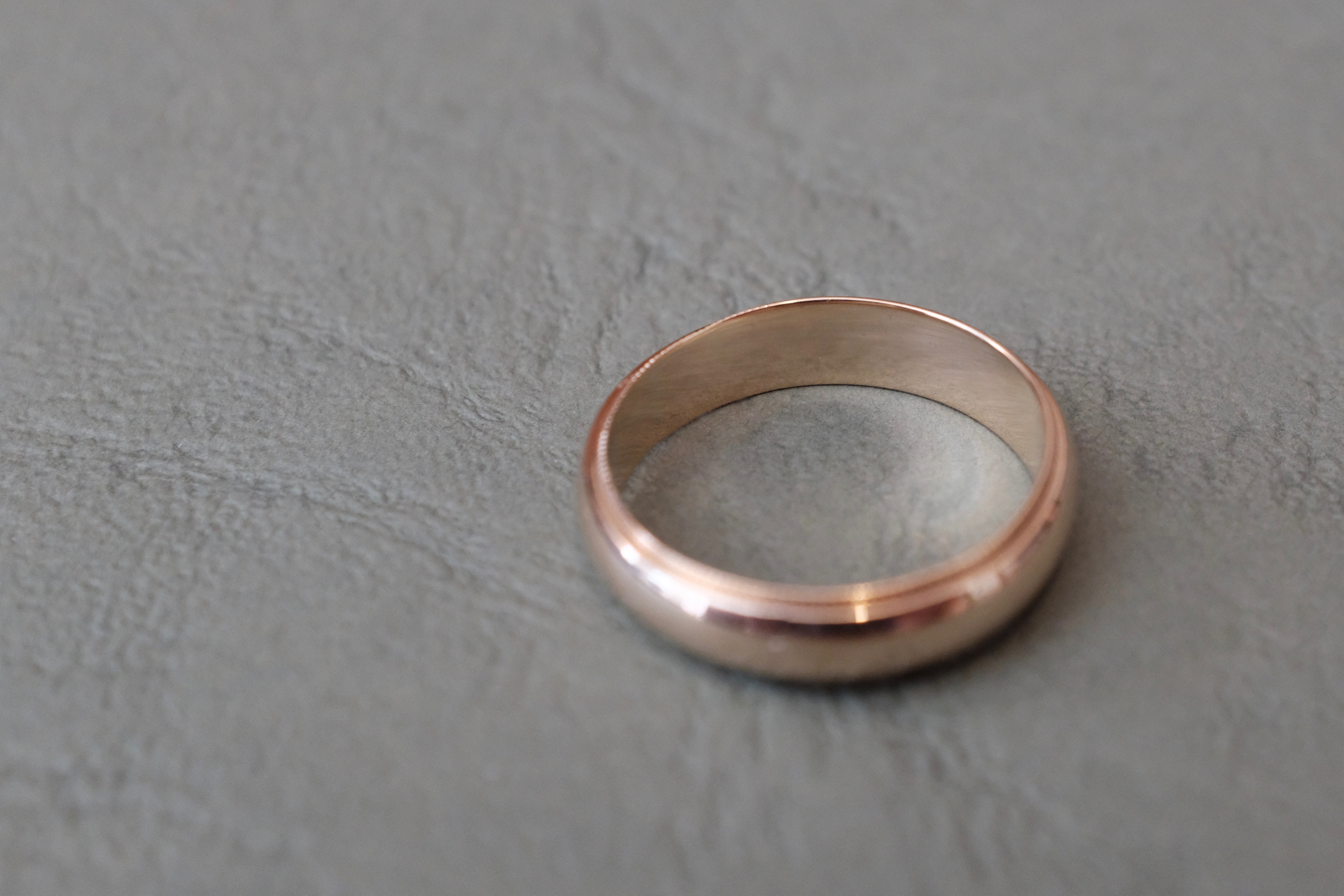 Even before the swelling incident, the wedding ring had come to fit rather tightly. I had grown into a heavyweight (e.g. fat) by 2004, and Dr. Mirkin warned about potential future diabetes. He used the butt-to-gut ratio as measure. My behind was small, indicating that my girth exceeded what would be normal for my frame. But I kept porking away until summer 2013, when a random glucose test came back way, way high. Rather than embark on a routine of drugs, possibly with insulin, I ignored yet another physician’s advice by choosing to radically change my diet. Bye bye beloved pasta, potatoes, and other carby foods.

The new diet, favoring meat and veggies, normalized my blood sugar and—as unexpected benefit—reduced my weight. Holy Moly. See the difference in October 2014 post “This is Me Then and Now“, with then-current pic alongside an embarrassing September 2004 selfie. Difference in weight: 70 and 95 kilos (152 and 210 pounds). For something closer to the present, from January 2017: “This is Me Then and Now V“, when I claimed to weigh about 58.5 kilos (129 pounds). Oh, but I lied. How funny is this: After years of understating my weight, I now feel compelled to overstate because of comments coming from associates and family about looking too thin. My weight in January, like today: Just over 56 kilos (124 pounds), which is within the normal Body Mass Index range for my frame and height.

Now that my weight is constant, is near what it was 40 years ago as a high school senior, and brings back bonier, thinner fingers, I got to thinking about my split wedding band. I am a married man, to a woman I love—time had long passed to fix the ring. I chose Bert Levi Family Jewelers, which, at The Hub in Hillcrest, is about a mile walk from our apartment. Can I be honest? Get myself in heaps of trouble for religious/business stereotyping? I chose the shop specifically because of the name: With Levi (Jewish) and Family being the keywords.

I left the ring for repair on Saturday (April 29th) and picked it up yesterday. The workmanship is excellent. No. No. Superb! The ring is mended and polished like new. It is fitting (metaphorically and on my finger) to restore this wedding band for the thin man I am today rather than the fat slob that I was.

Something else: As stated a couple paragraphs back, Annie and I bought our bands from a jewelry shop in White Fall Mall, which is now demolished. The Hub is Bert Levi Family Jewelers second location (opened 2015, thereabouts). The main store, of 25 years, at Westfield Horton Plaza, closes in eight months. Other retailers run for the exit sign, too, raising reasonable questions about whether the shopping mecca’s future fate could be as grim as White Flint’s. Four months ago, San Diego Union Tribune reporter Peter Rowe laid out the situation in story “Horton Plaza: from remarkable vision to troubled reality“. Got to wonder: When next I refer to this post—perhaps years from now—will the mall be gone?