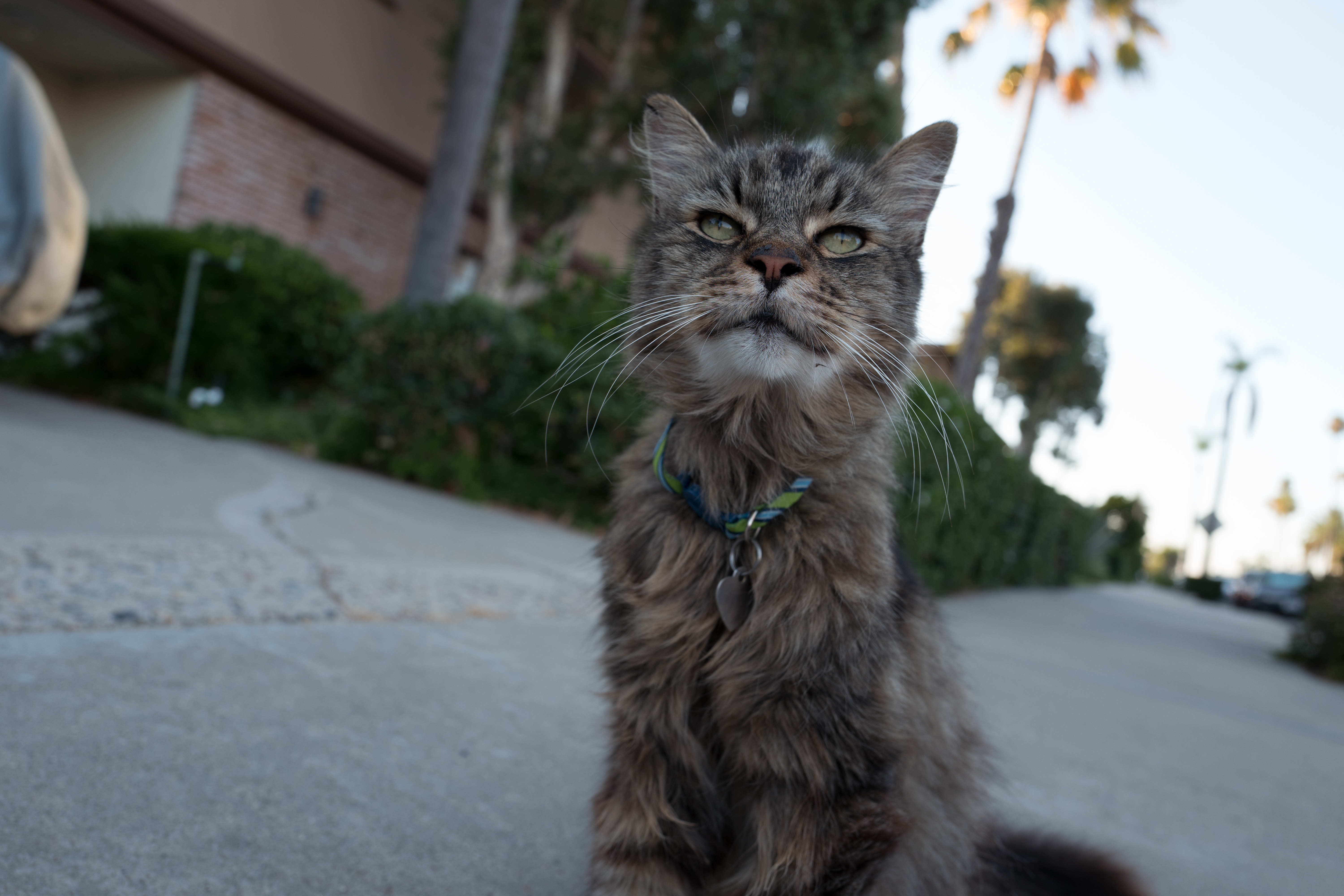 One month ago, Aug. 1, 2017, for the second consecutive evening, I saw my favorite neighborhood feline, Fess, lounging long after his owners came home for the day. The feisty, friendly furball sprawled far onto the sidewalk as it sloped into the street. I looked at my watch, 7:25 p.m. PDT, and walked down Cleveland Ave. to the corner of Meade—then turned back. I worried that in the dusk, a vehicular driver might not see the animal when turning into or backing out of the driveway. He looked relaxed and content. I walked on.

Four mornings later, as my mother lay dying in a Vermont medical center, I left our apartment for a long, soul-searching walk. Losing mom was unthinkable, but, based on communication with my sister Nanette, inevitable. Approaching the corner where I had looked back at Fess, his image waved from a poster placed on a utility pole by his human family. No one had seen the cat since the night of August 1st. He had vanished! My muscles tensed. We couldn’t lose Fess, too. 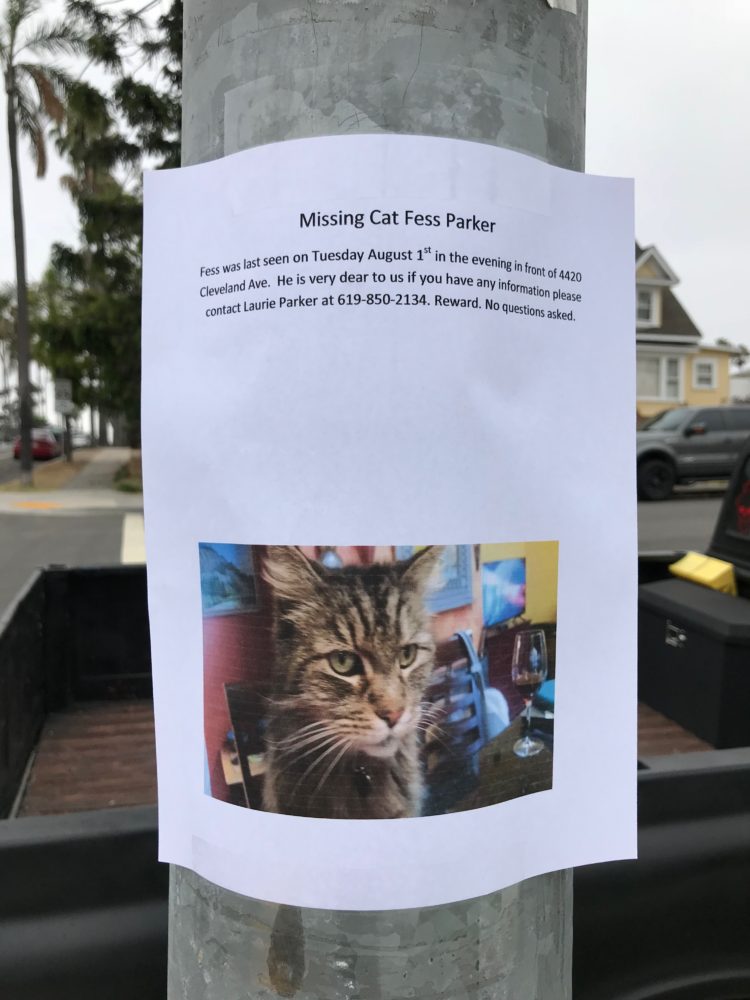 He came to the Parkers (hence the name taken from the actor who portrayed Daniel Boone for Disney) about 13 years earlier. Fess was a shelter cat, brought to San Diego from an animal pound in Seattle, Wash. As a youngster, he was the neighborhood’s dominant male, commanding wide territory along the streets around Cleveland. He howled if confined indoors for too long, going inside whenever, or wherever, he pleased. After demanding to be let out his very first night with the Parkers, Fess camped out above a bed in a neighbor’s flat. That was Fess. The roamer. The charmer.

I often would see him hanging out, waiting for Mr. Parker to drive up in his pickup truck. Soon as the door swung open, Fess would jump into the cab. He had character—and was one, too.

In November 2016, my “Cats of University Heights” series featured the kitty, but I had first met him three years earlier when riding my then recently acquired Guerciotti bicycle—a birthday present received about two weeks earlier. On July 22, 2017—too close to his disappearance—I made him star of the blog again: “Fess Wishes You Happy Caturday“. Now he is gone, and sadly I write an epitaph about my missing him.

In the days after seeing the poster, I determined to find missing Fess—if no ne else could, I would—by taking long walks along Campus, Cleveland, and Monroe—the alleys between them and the perpendicular streets that cross them. On occasion, I would meet his owners and be saddened to see Mrs. Parker’s puffy face and red eyes; tears caused both. She missed her boy. They searched futilely, too. 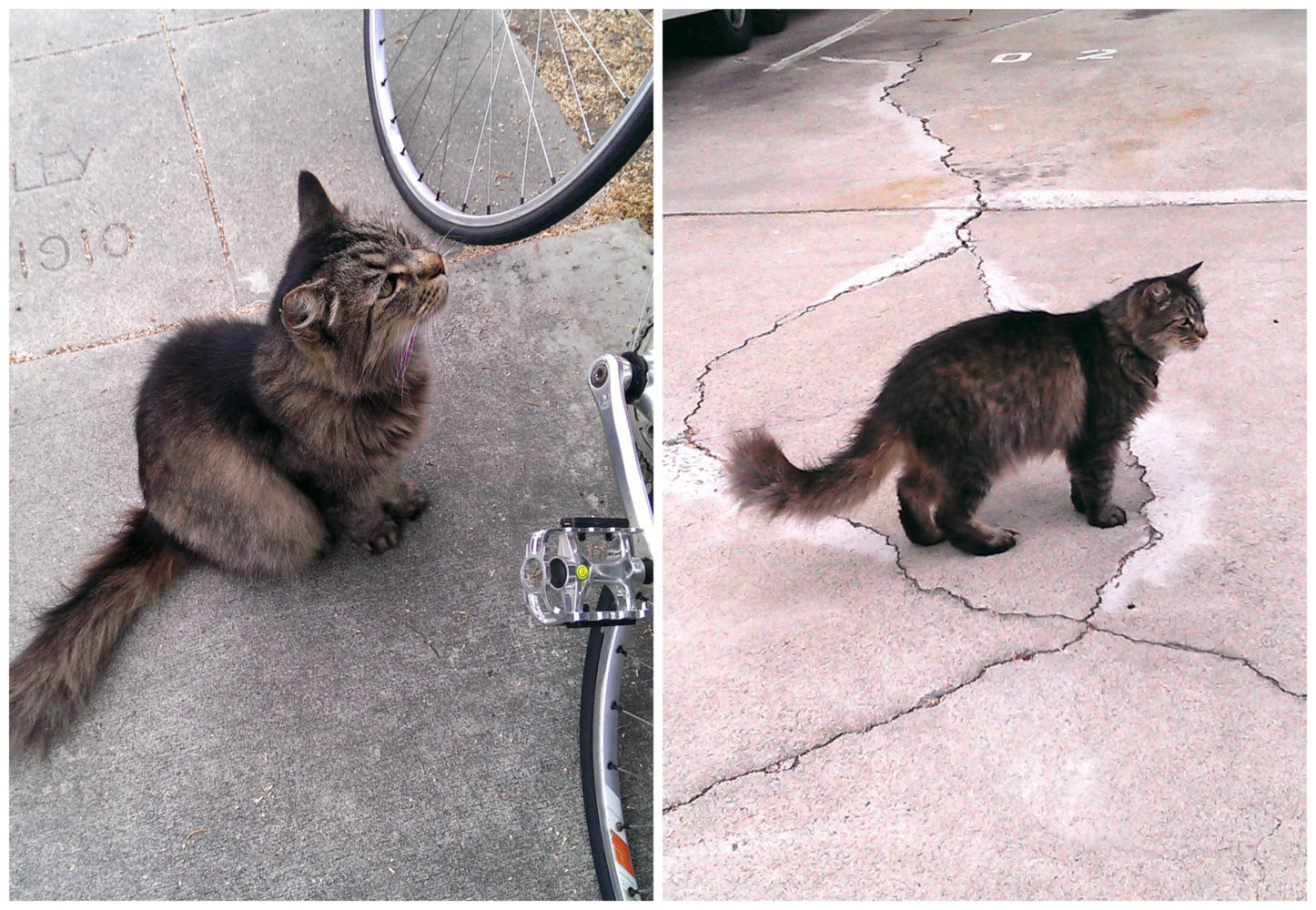 I knew the longing and sadness; we lost our Maine Coon Kuma in January 2012. City workers recovered the cat’s collar from a canyon, giving us some closure in the misery that a coyote got him. But Fess’ owners had none. Mr. Parker told me that he expected the kitty’s new collar, with its bright blue and green accents, would show up somewhere. Like Kuma, Fess wasn’t chipped. 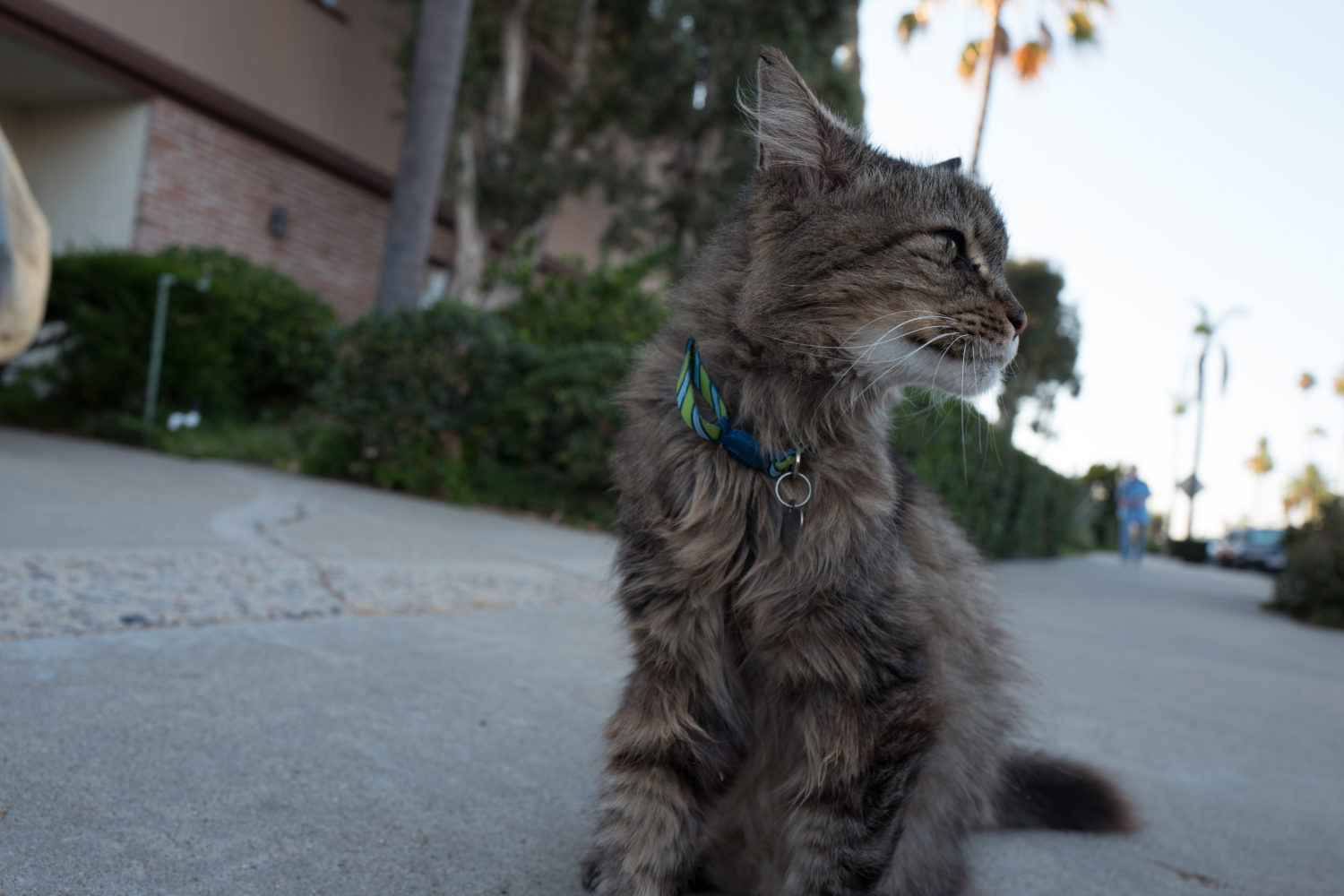 The poster still hangs where I first saw it nearly one month ago. I deliberately walk by at least once every day, stopping to put two fingers to my lips and then to his forehead, whispering: “Come home, Fess”.