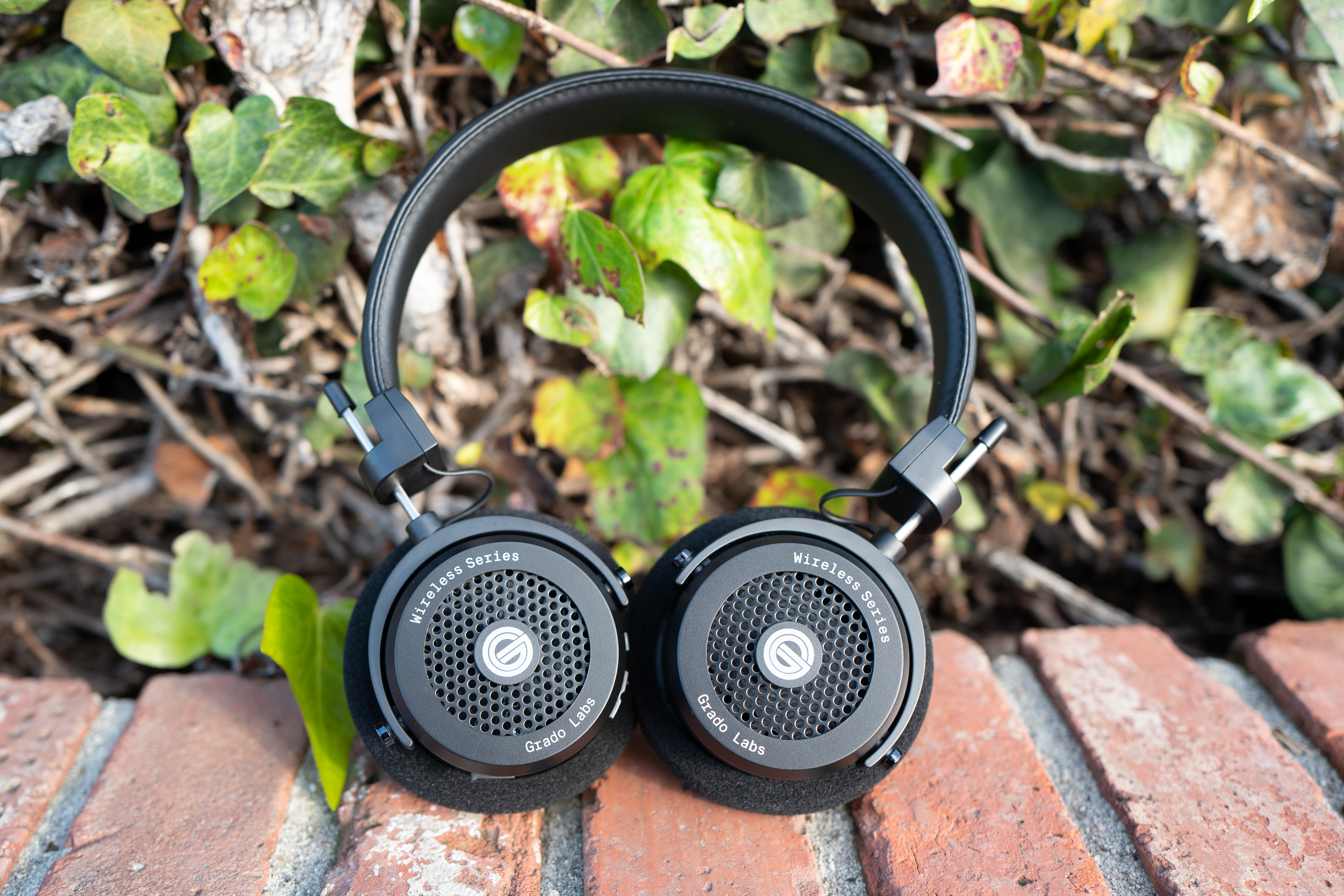 Quality Where It Matters
For my testing, I streamed 1411 kbps FLAC (Free Lossless Audio Codec) from Tidal. I would describe the aural quality connected to the Pixel 2 XL as bright and punchy. Later, in Android Pie Developer Options, I manually switched from System Default to aptX audio and the change drew out the highs and lows, and balance between them, while increasing detail and ever-so-slightly the timbre. Whether bug or by design, Android 9 returns to default settings when the headphones disconnect, requiring manual change when reconnecting. It’s a nuisance task worth the trouble.

Instruments obscured by other headphones are revealed by these cans, which exceptionally expose detail, such as vocal nuances or tap of drum cymbals. Spectacular soundstage, bright highs, and warm mids are defining acoustic characteristics. Open-back headphones typically give the most realistic soundstage. I would describe the aural quality as airy, although the GW100 are more contained than the aforementioned other Grados. That quality makes them the better choice for modern genres like dance, pop, punk, rap, or rock. Bass also is more pronounced but nowhere oppressive. Buyers wanting thumping lows should look to Beats or Sony, instead. 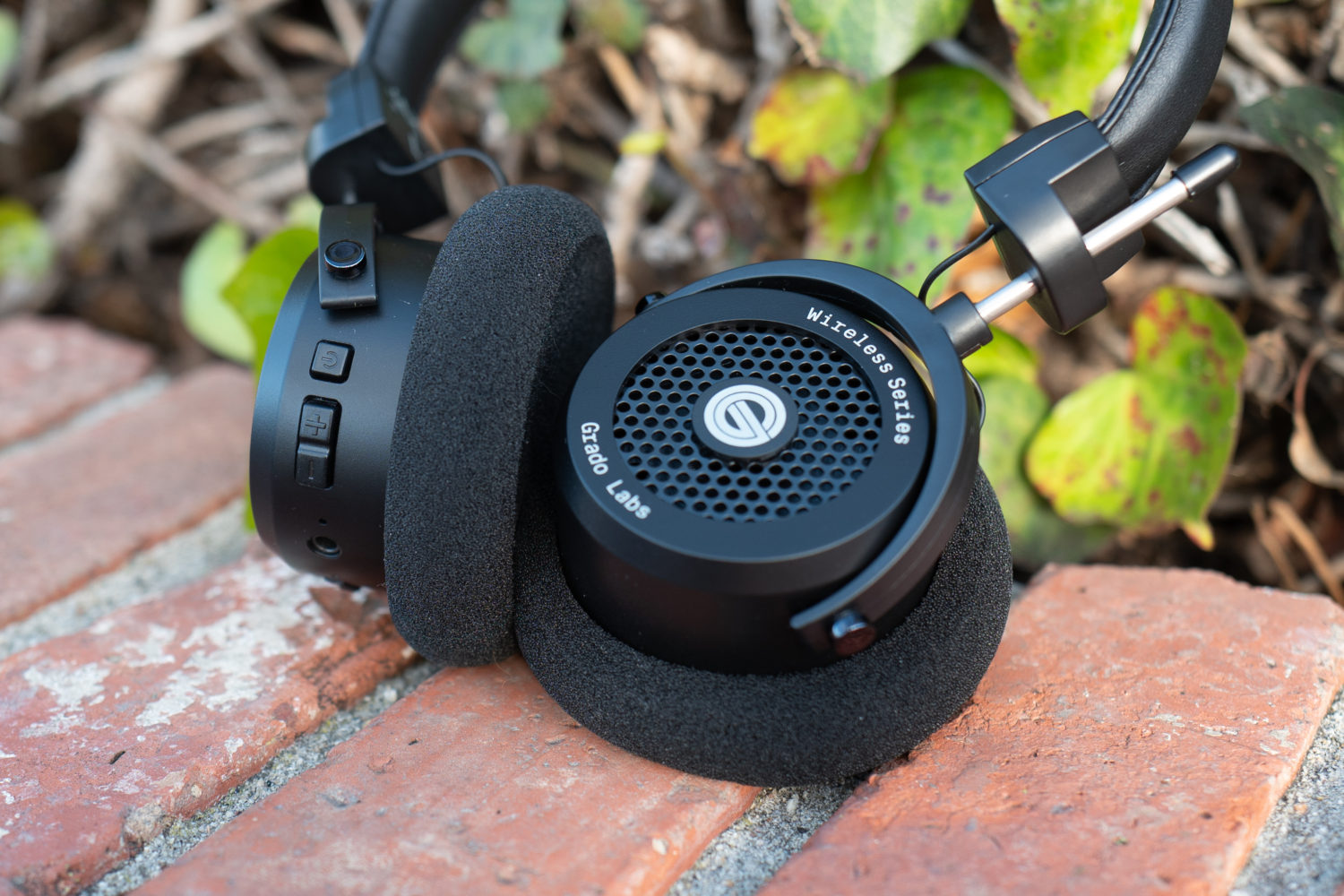 The GW100 also are more balanced than the other Grados, and that’s an achievement of significance compared to other wireless headphones that use over-ear designs or noise cancellation to create a sense of isolation. The GW100 give a more contained, yet generously spacious, sound even while letting in ambient noise. BTW, these cans give classy soundstage while warning of danger when used for work or play (gasp, on bicycle or scooter rides), because you can hear what’s going on around you.

Low impedance means the GW100 produce plenty of volume from portable devices like laptops and smartphones, without need of a digital amplifier. But to reiterate, sound source matters. CD audio or lossless digital streamed from a supporting aptX device improves soundstage and detail. That said, the overall tonal quality still pleases, but with punchier and bassier characteristics, without aptX.

Feel and Functions
To be fair, my initial “cheap” reaction is unfair to Grado. My past experience with wooden enclosures from the company’s RS and GS series raised expectations. That said, the GW100 are made of plastic and metal that doesn’t look, or feel, anywhere as classy as the sound. Controls, on the left earpiece enclosure, are plasticky to the eyes and to the fingers. The earpads appear unimpressive, although they are super comfy such that the cans can be worn for hours without earlobe discomfort. By contrast, wooden Grados sound fabulous but quickly feel uncomfortable to wear. The lower-cost, wireless model makes no such unpleasant demands of your sensitive cartilage.

While the GW100 are distinctive for looking like no other wireless headphones, they don’t feel all that rugged. How well they hold up will be the test of time. By contrast, the Master & Dynamic MW60 sport an iconic design that is solid; long-lasting. They do cost three-hundred bucks more ($549 vs $249). But in the looks can be deceiving department, I greatly prefer the GW100’s spacious soundstage and authentic audio to the MW60’s more synthetic sound. Both have their place, and your tastes may differ from mine.

Functionality is barebones. The GW100 connect to one device at a time, offer no extra frills like adjustable equalizer, and rely on three buttons for power and volume. That said, there is something about the understated approach that keeps away distractions that can detract from what matters: The pure sound. Sure you could change the output by, say, using Android’s Audio Effects feature. But that defeats the reason for buying Grados: The distinctive, airy, authentic sound signature. Sometimes less is so much more.

Wireless range is adequate but nothing like the best-in-class distances achieved by the MW60. I generally keep my phone in the same room as the Grados. Battery life easily exceeds the promised 15 hours.

For $249, the GW100 are an exceptional value. The listening experience is pure delight. That characteristic matters much more than any of my design material misgivings—qualifying that the cans could be considerably more rugged than they appear or feel. Time will tell.

If you’re looking for superior sound, with luscious detail, in a wireless headphone—and don’t mind letting the world around you seep in—look no further than the Grado GW100. I ordered mine, direct from the company, on Oct. 12, 2018 and love them. My GS1000e and MW60 collect dust now. 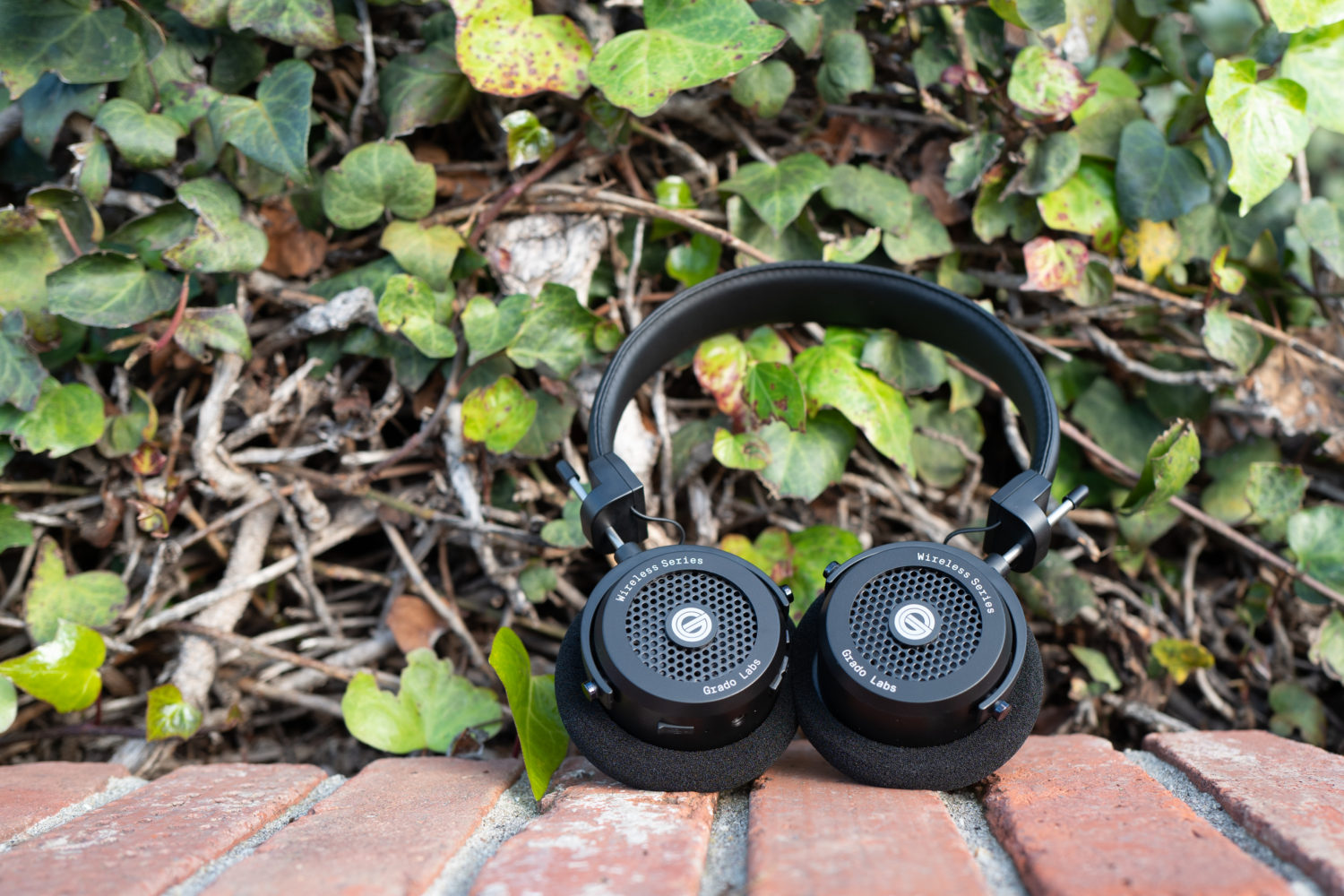