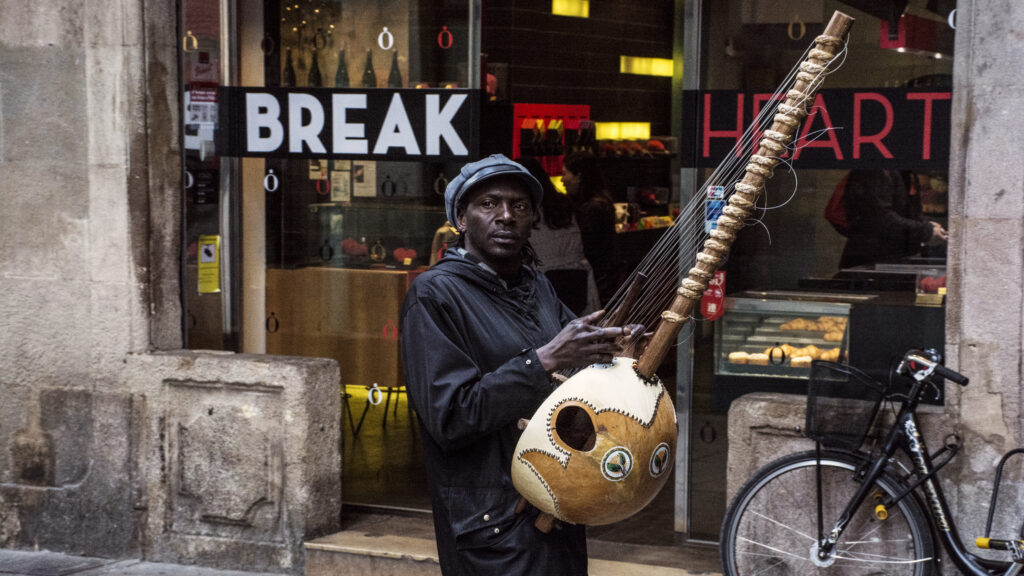 What are we seeing? Mariano explains. “A kora player show(s) his instrument in a Barcelona street. The kora is a West African harp of the family of bridge harps or harp-lutes. It’s the highest developed string instrument of Africa. The construction of the instrument as well as the music are unique in the world”.

According to Encyclopaedia Britannica: “The Gambia River valley is one of the main centers for the playing of this instrument. Its origins are obscure, but it is traditionally associated with royalty, the ruling classes, or religious practices. The kora is used by male musicians mainly to accompany narrations, recitations, and songs in honor of a patron”.

Mariano, who joined Flickr in September 2011, is from Buenos Aires, Argentina, where he still lives. He remains active more than eight years later.