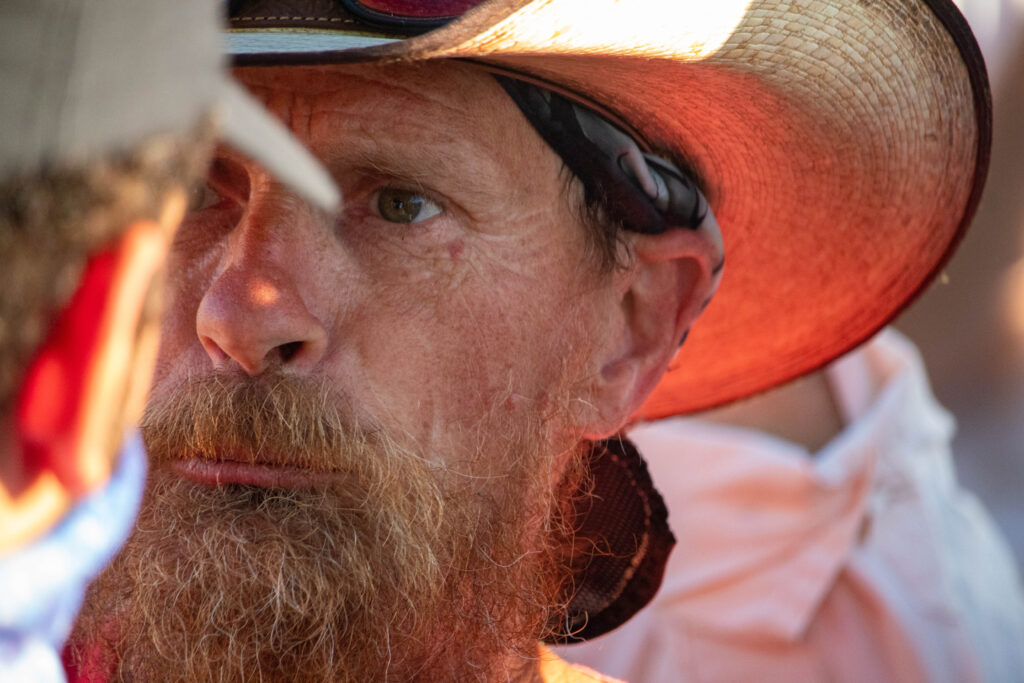 Protests against the police and to defund them or to end racial hatred are well-documented. Demonstrations like this one are too often ignored by photojournalists and my mainstream media colleagues. That’s Reason 1 to give this poignant protest portrait greater exposure. Reason 2 is the simmering anger that it represents from the other side, so to speak; racial rioters aren’t the only people pissed-off.

Reason 3 is the foreshadowing: The United States of America is quite possibly in the early stages of a second civil war—as unsubstantiated but persistent accusations about alleged, and widespread, ballot fraud cling to the Presidential Election; among the 74 million voters choosing Donald Trump there is rising rage that may yet turn to violence. Should somehow the outcome swing to him during the Jan. 6, 2021 certification of electoral votes, expect agitators, looters, and rioters from the progressive and social justice ranks to take to the streets, instead—like they did during Spring and Summer.

No matter who recites the oath of office on January 20, cultural, moral value, and political fissures will pressure the Union to break apart. Texas bringing an election-dispute case to the Supreme Court against Georgia, Michigan, Pennsylvania, and Wisconsin, with 17 other states joining in, marks the lines along which a deeply divided nation could fracture.

With that somber statement about the year ahead, let’s get back on topic: Getch’s striking shot is a keeper for compelling composition, intensity of emotion captured, strategic bokeh that contrasts the subjects, and use of telephoto reach to create intimacy.

Getch joined Flickr in September 2005. Do spend time plowing through his Photostream, which is a treasure-trove of 2020 social activism.