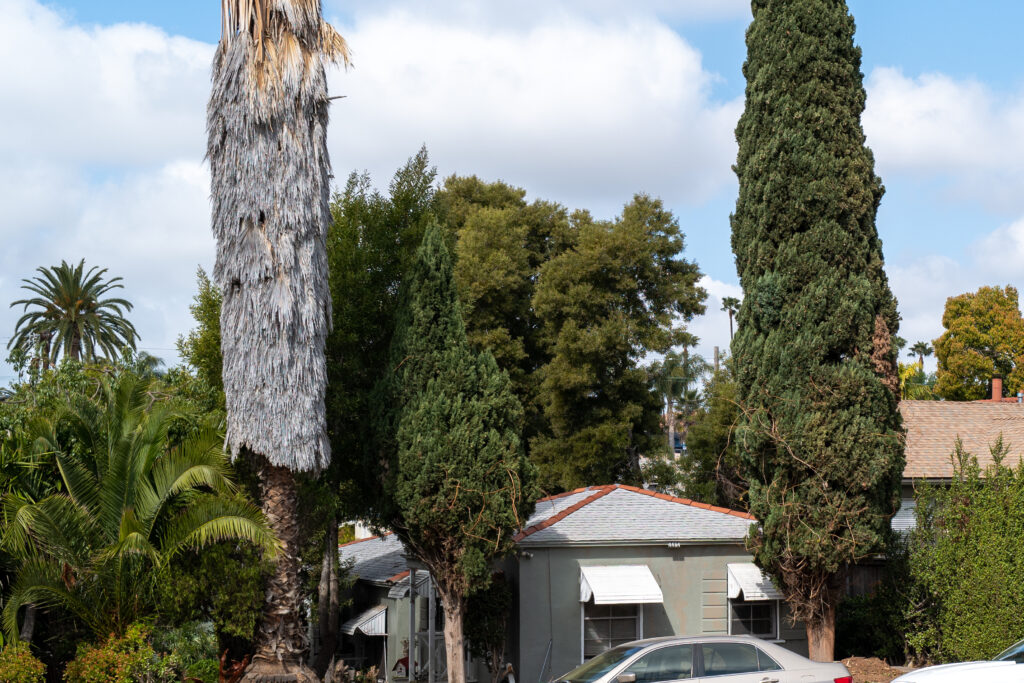 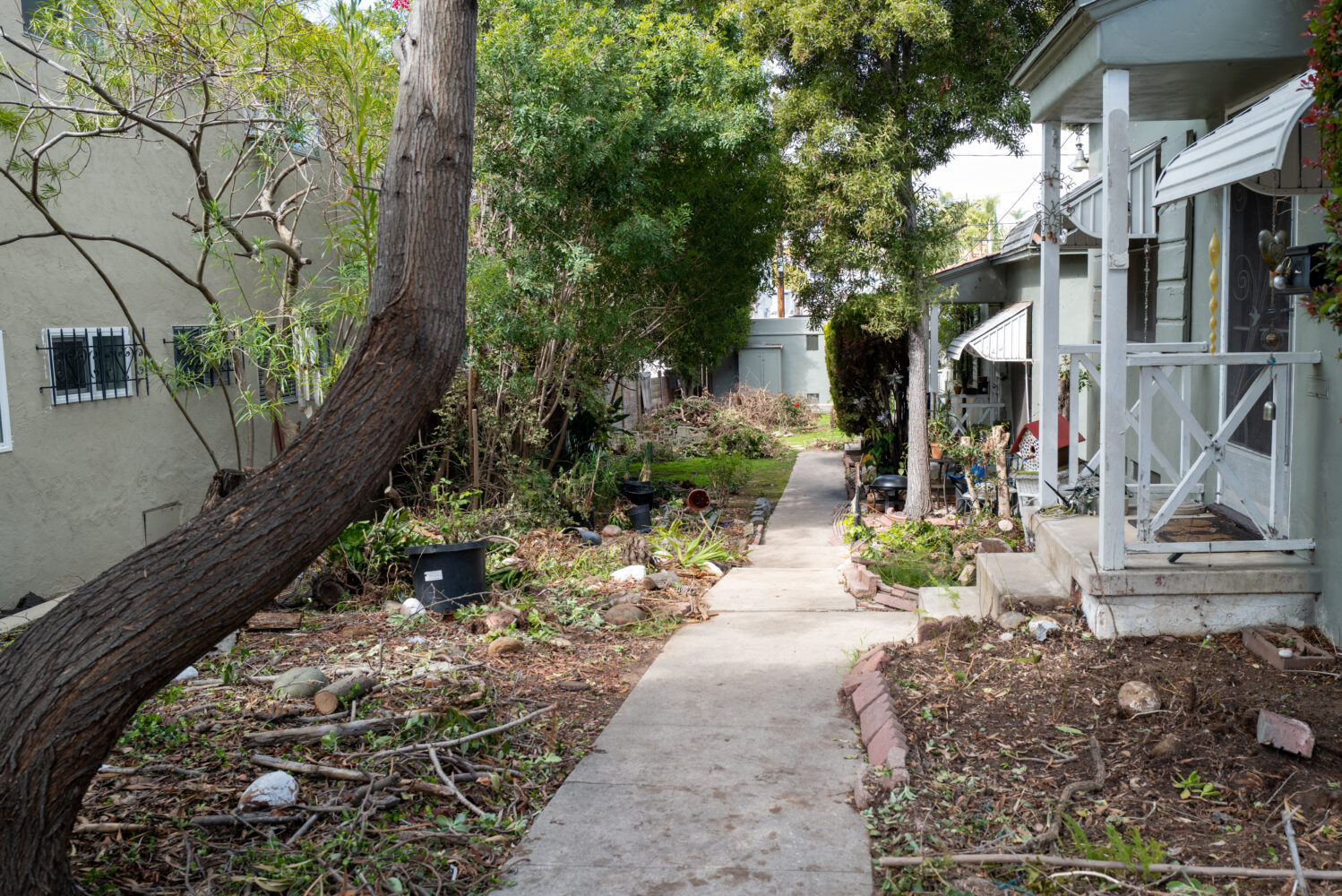 The companion shot looks onto the property, where you can see devastation as a work in progress. By the amount of remaining debris and evidence of cutting elsewhere, you can get some sense of what a natural space for residents and local wildlife is gone.