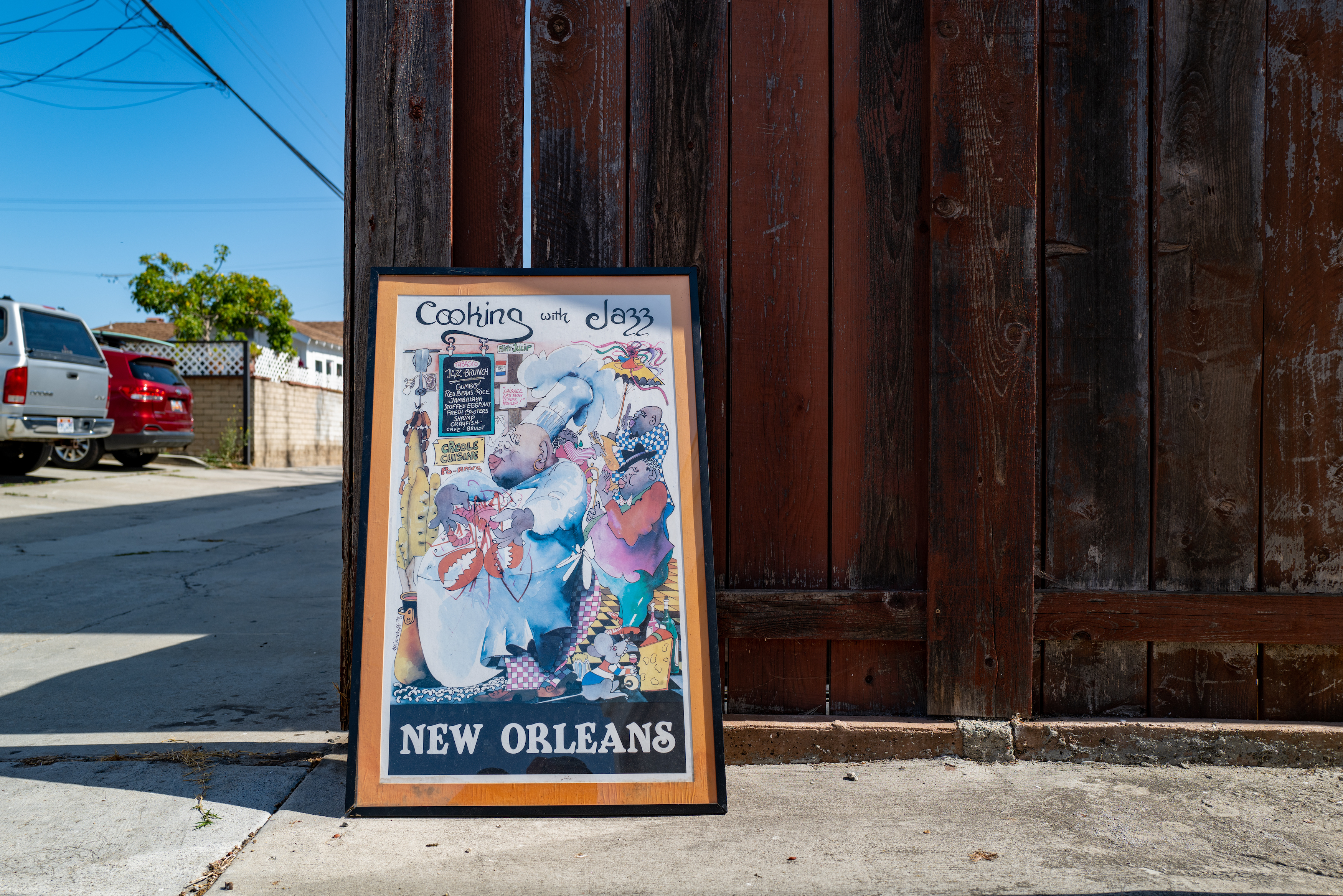 Yesterday, as my wife and I walked along the alley separating Louisiana and Mississippi, between Meade and Monroe, she stopped, then said: it’s “not politically correct”, referring to a framed poster that I hadn’t seen. People put out giveaways all the time, and art ranks low on my interest meter; hence my blind disregard for an object worth inspection. Not only is her statement accurate, it could explain why someone discarded the thing. With all the hubbub about systemic racism, the caricatures could offend someone. Perhaps raised awareness led the owner to let go the wall hanging. Click through to the Featured Image, and you tell me.

I used Leica Q2 to make the moment, choosing to leave the framed poster leaning as we found it, rather than repositioning for the shot. Composition intentionally reveals some of the alley, for context. Vitals, aperture manually set: f/4.5, ISO 100, 1/500 sec, 28mm; 9:29 a.m PDT.

Confession: We walked that way seeking shade from the buildings. Air temperature was only 21 degrees Celsius (70 F) but the sun seared so we sought some relief. Wimps we were, considering how cool is San Diego. For the last couple weeks, daily high rarely exceeds 23 C (74 F) where we live; while a 10-to-15 minute drive to the ocean, inland topography delivers refreshing sea breezes.

Meanwhile, around us, a heatwave bakes most of the rest of Southern California and scorches the Northwest. For example, Portland, Ore. logged a record high that exceeded Tucson, Arizona, today. Respectively: 46 C (115 F); 38 C (101 F). Air conditioners are standard equipment in Southwest desert homes; not necessarily along the Northwestern Pacific coast.

So, yeah, Annie and I were wusses as we skulked along alleys for shade.