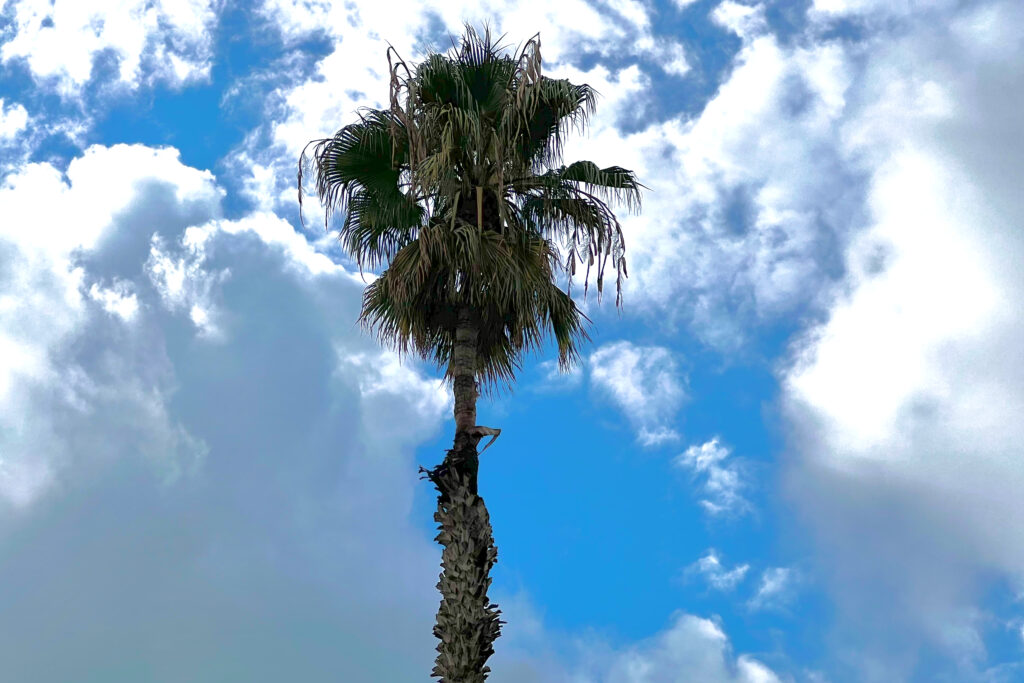 Last night’s thunderstorms brought 524 “cloud-to-ground lightning” strikes throughout San Diego County for the “24 hours ending at 7 a.m. [PDT] today”, according to the National Weather Service. I saw evidence of one on Louisiana Street between Meade and Monroe, not far from where live Angelo and Huck—both of which were profiled in my “Cats of University Heights” series. According to the closest-living neighbor, the strike, which sent portion of a palm tree to blaze, occurred around 8 p.m. Not long later, fire crews extinguished the flames. 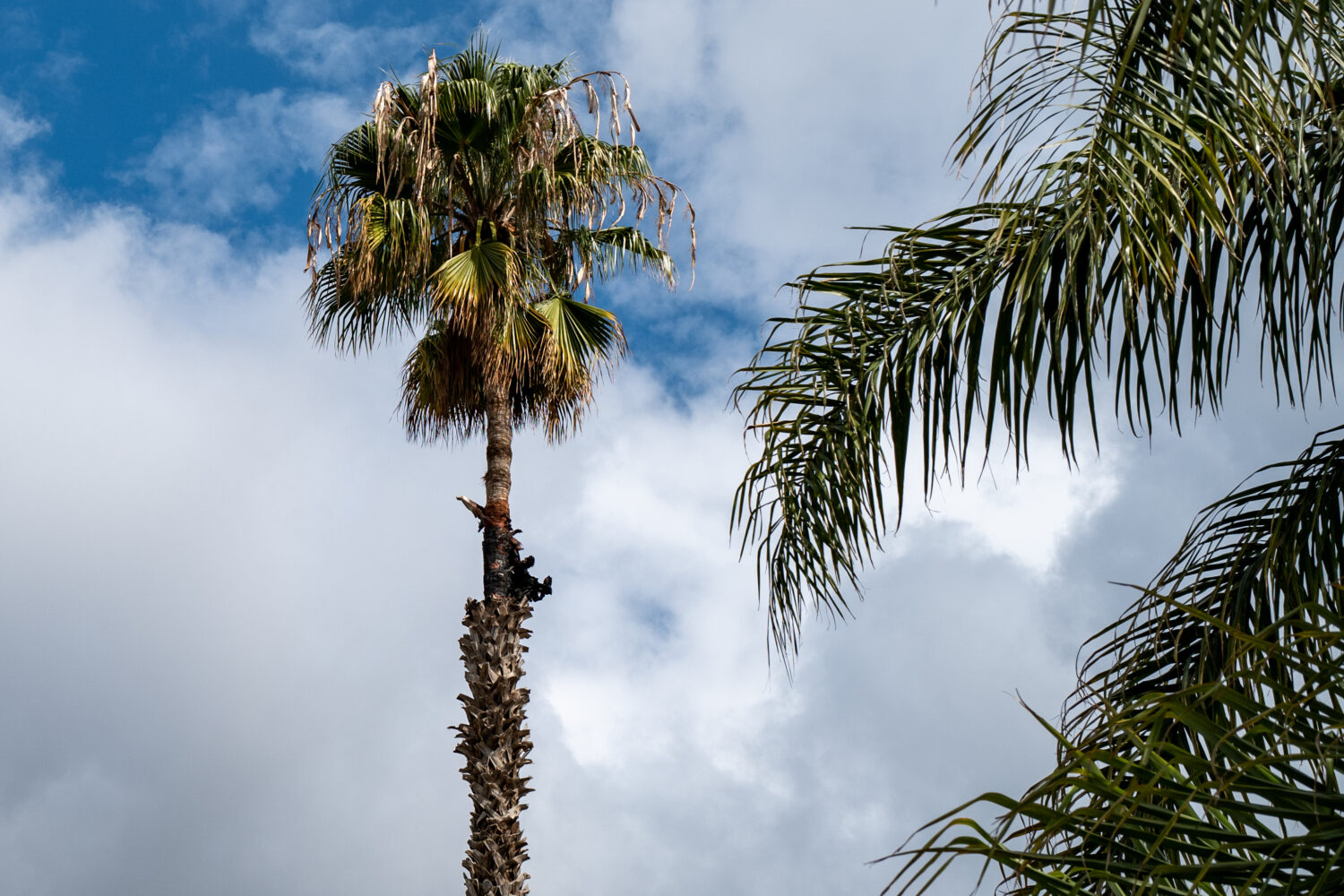 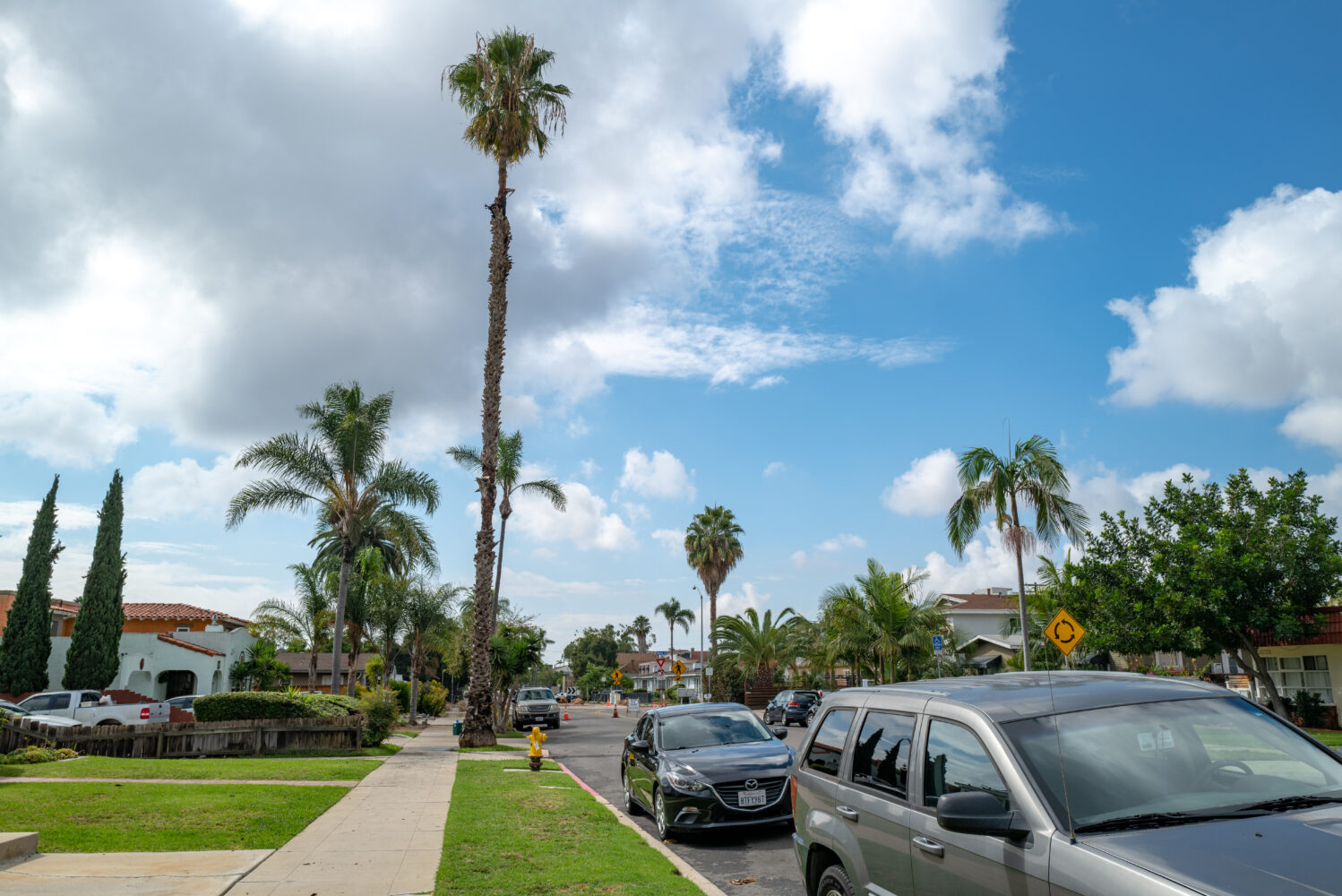 The last pic, which is composed as shot, shows the lightning-strike survivor—tallest tree on the block—towering over Louisiana in the direction of Meade. Vitals, aperture manually set: f/8, ISO 100, 1/400 sec, 28mm; 10:33 a.m.