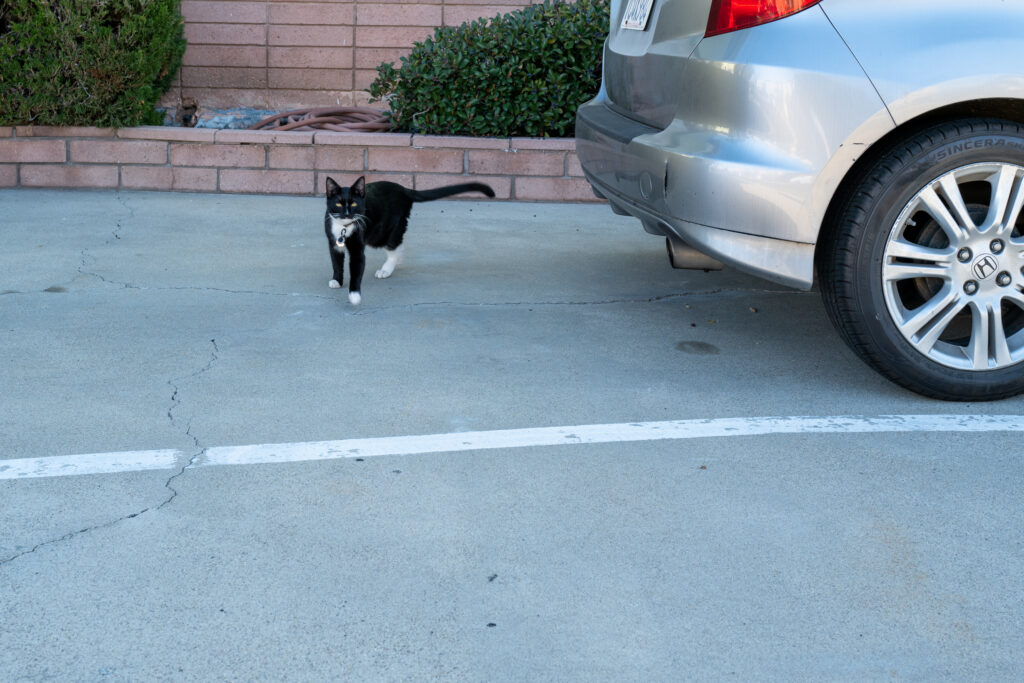 Is that a neighborhood newcomer I see—but not yet a yearling? As my wife and I walked along Louisiana today, Huck (real name) appeared from behind a car, at the same property where Princess Leia and I first met about 19 months earlier. Last year, the Wilcoxes considered renting an affordable apartment in the same building. But the two bedrooms received no meaningful direct sunlight, making them too cold and dim for our liking.

Anne and I may not be Huck’s neighbors, but he has plenty—some of which may hissy-fit over territory. Among the other profiled, feisty felines seen on the street—along the four blocks between Adams and Meade—or known to live there: Amazon, Bandit, Daniel Tiger, Darth Mew, Donuts, Fluffy, Ginger, Gracie (deceased), Jedi, Milo, Nelson, Patriot, Royal, Snow, Stripe, and Topper. 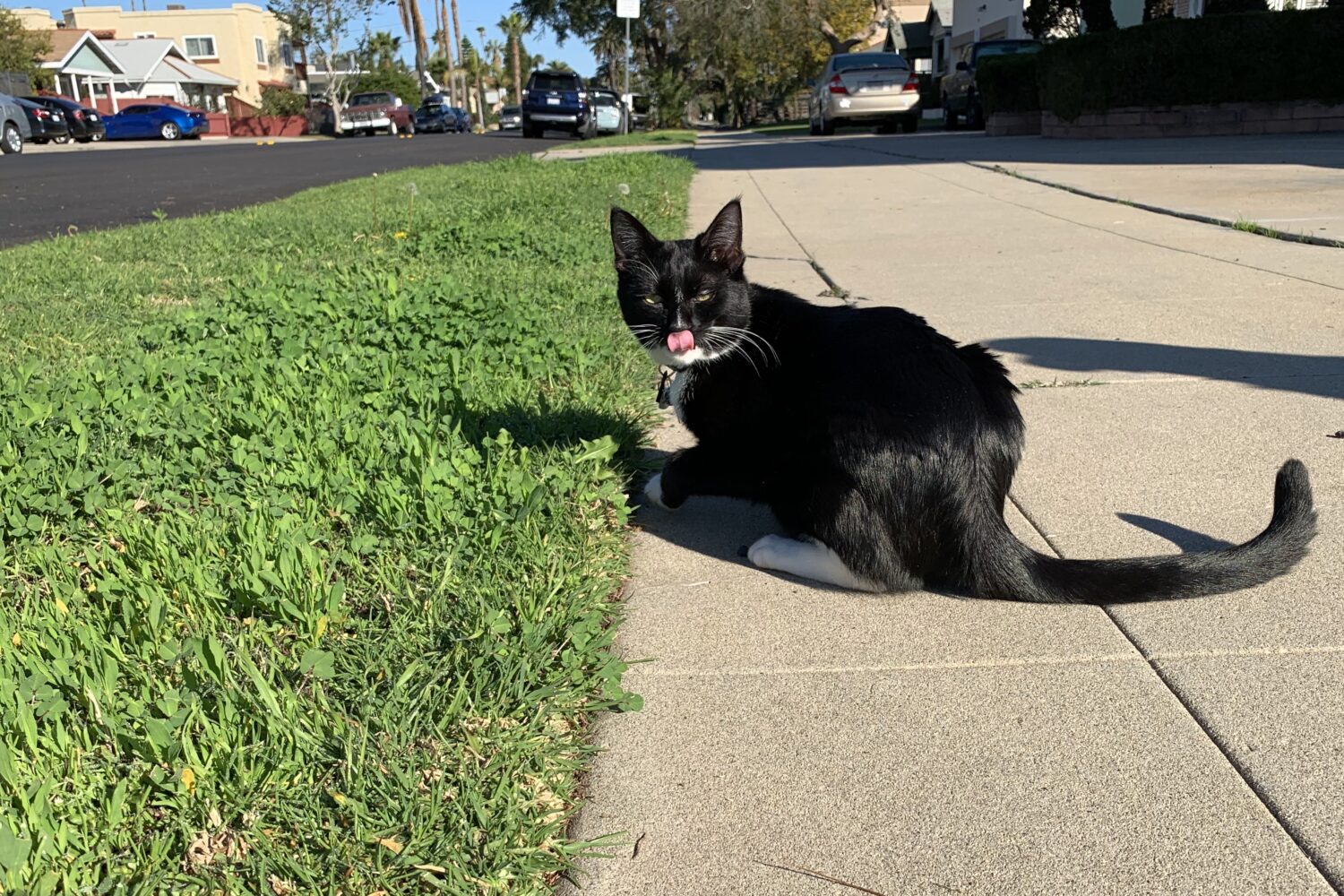 I used Leica Q2 to capture the Featured Image. Vitals, aperture manually set: f/5.6, ISO 100, 1/60 sec, 28mm; 9:27 a.m. PST. There is some motion blur, from Huck approaching. The photo’s character differs from the two companions, because of the building’s cast shadow. The others are in direct sunlight. 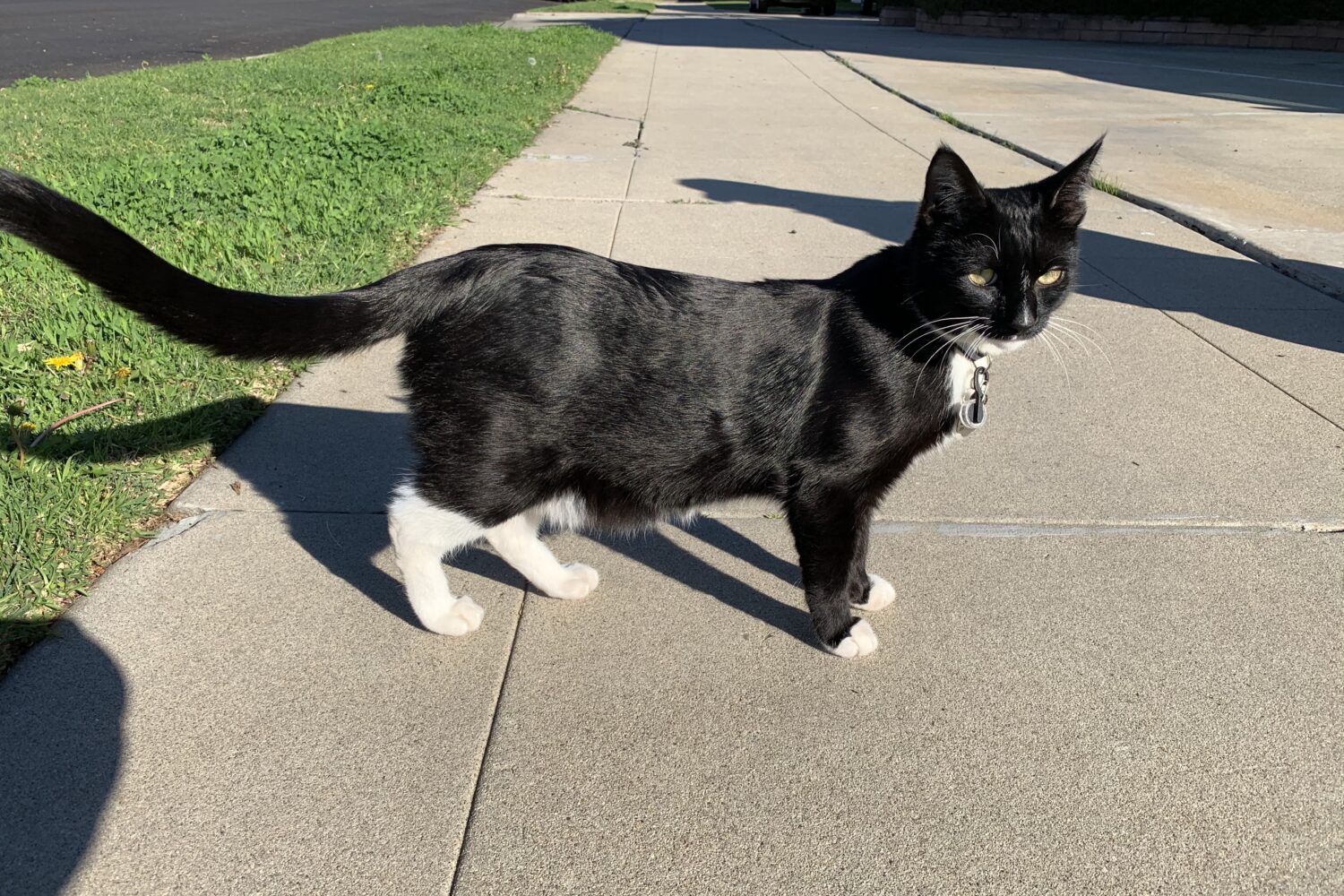 The iPhone XS delivered more useable portraits—mainly by chance: Huck constantly moved about, marking and seeking pats, and coincidentally the other Q2 pics are back and (grumble, grumble) butt shots. Vitals for the first companion: f/1.8, ISO 25, 1/1610 sec, 26mm; 9:25 a.m. The other is the same, except for 1/1718 sec, 15 seconds later.

Update March 5, 2020: I learned from Huck’s owner that he was housemate with Milo, who recently died from pneumonia. He was 16 years old.