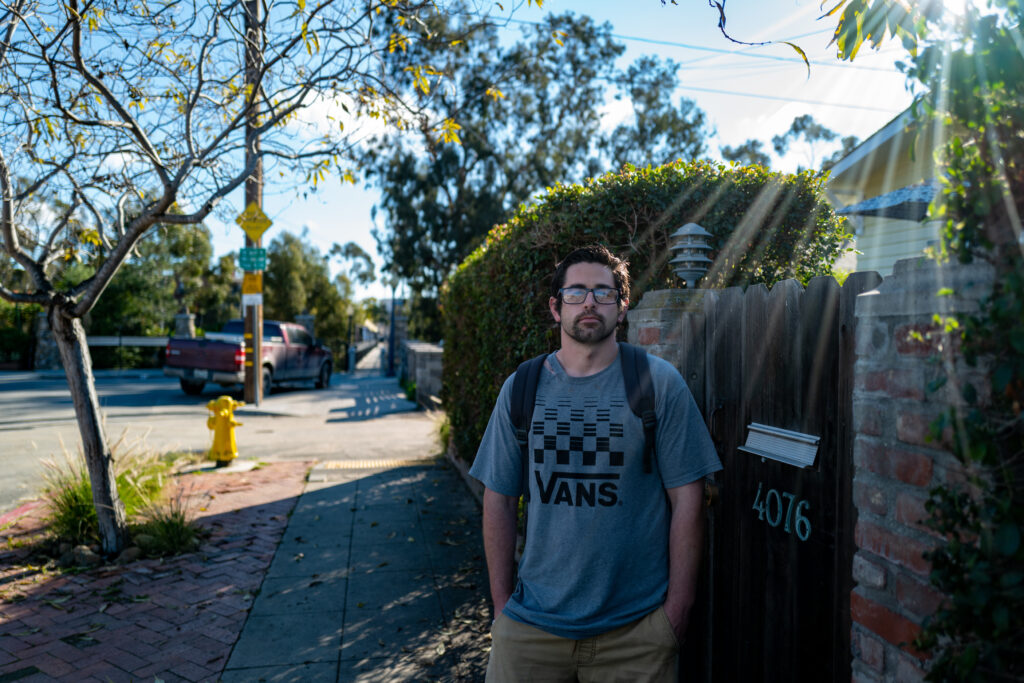 This afternoon, after I crossed back into University Heights, carrying bananas in one hand, someone called from behind me. I turned to see a bearded fellow who had seen my strapped, slung-back Leica Q2. He asked if I would take his photograph—because he was interested in modeling. Ah, okay.

I responded cautiously, but welcomingly, because that’s the kind of delaying ruse a thief might use. But he seemed to be genuine enough, there was good distance between us, and I was situationally aware of his movements and my exit options along an extremely familiar route.

I pulled round the camera, rested the bananas on my arm, and readied the shot. He asked if he could keep on his glasses, then moved in close to a hedge and posed—all manner like a man with some sense about surroundings and posture. He turned somewhat sideways to me and I clicked the shutter. Then I stepped forward, composed, and repeated.

He looks ever so slightly upward in the first portrait, which is quite becoming, but I prefer the overall composition of the second shot, which is presented as composed. Featured Image vitals, aperture manually set: f/2, ISO 100, 1/1000 sec, 28mm; 2:37 p.m. PST. Regarding that first photo, this is a close-crop. Same vitals but 1/1250 sec. 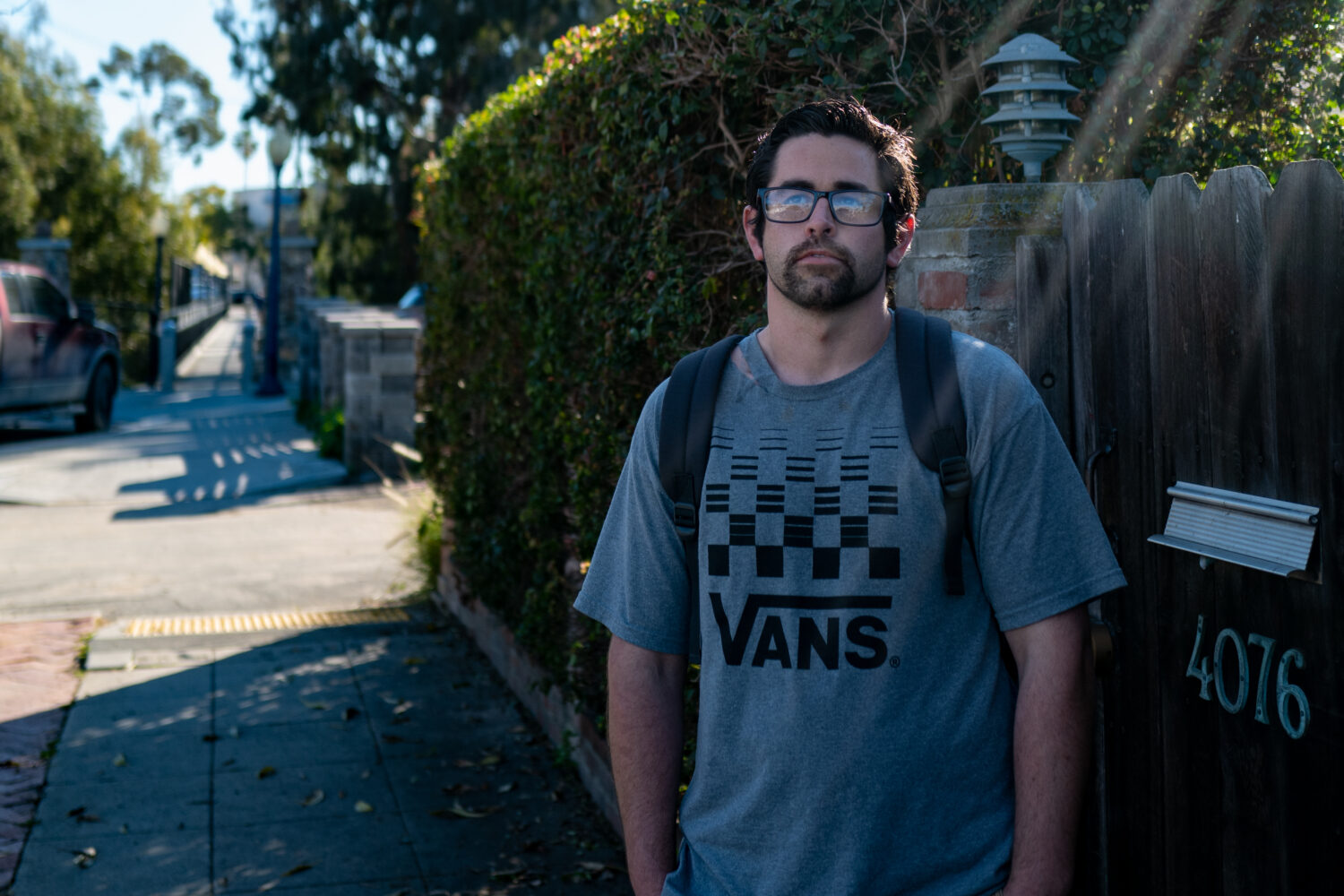 Behind him is the bridge that crosses Washington Street into Hillcrest, which is where he proceeded after we strangely parted. The problem: What about the photo? I asked if he had an email address, and he suggested telephone/texting. But with bananas taking up one hand, the Q2 potentially vulnerable hanging behind me, I wasn’t about to pull out iPhone 13 Pro from my pocket to take his number. I am not trusting enough to give my number to a stranger, particularly while being still suspicious.

“We’ll work it out”, I pointlessly said about a photo exchange, and we separated. Perhaps he will find this webpage. Maybe we will pass by again—and this time I will have pen to scribble down his contact information. For now, here he is, the stranger who asked me to take his portrait on a sunny San Diego day.