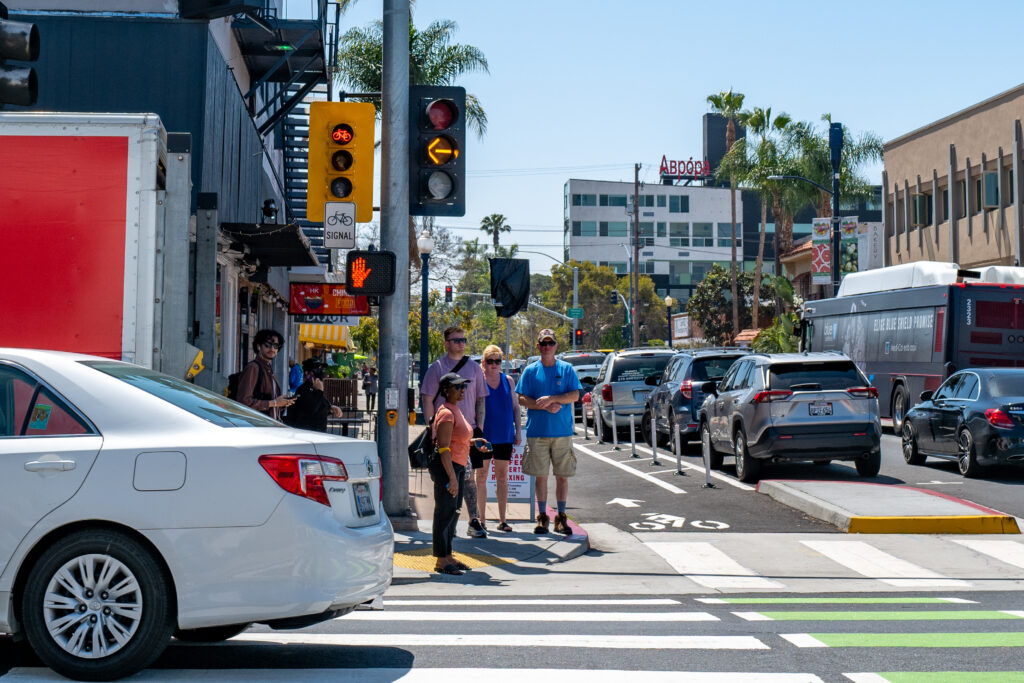 San Diego is embarked on the Herculean task of creating new bike lanes—and they’re seemingly everywhere in Hillcrest, North Park, and University Heights. Today, while standing at Fifth and University avenues, I saw something surprising that probably shouldn’t be: Traffic lights for riders. In a community culture where bikers barrel through intersections like they own the right of way, the city seeks to tame them to the same rules that everyone else abides by.

Hell, yeah. Hey, Two-Wheeler, someone saved your life. Thank them. 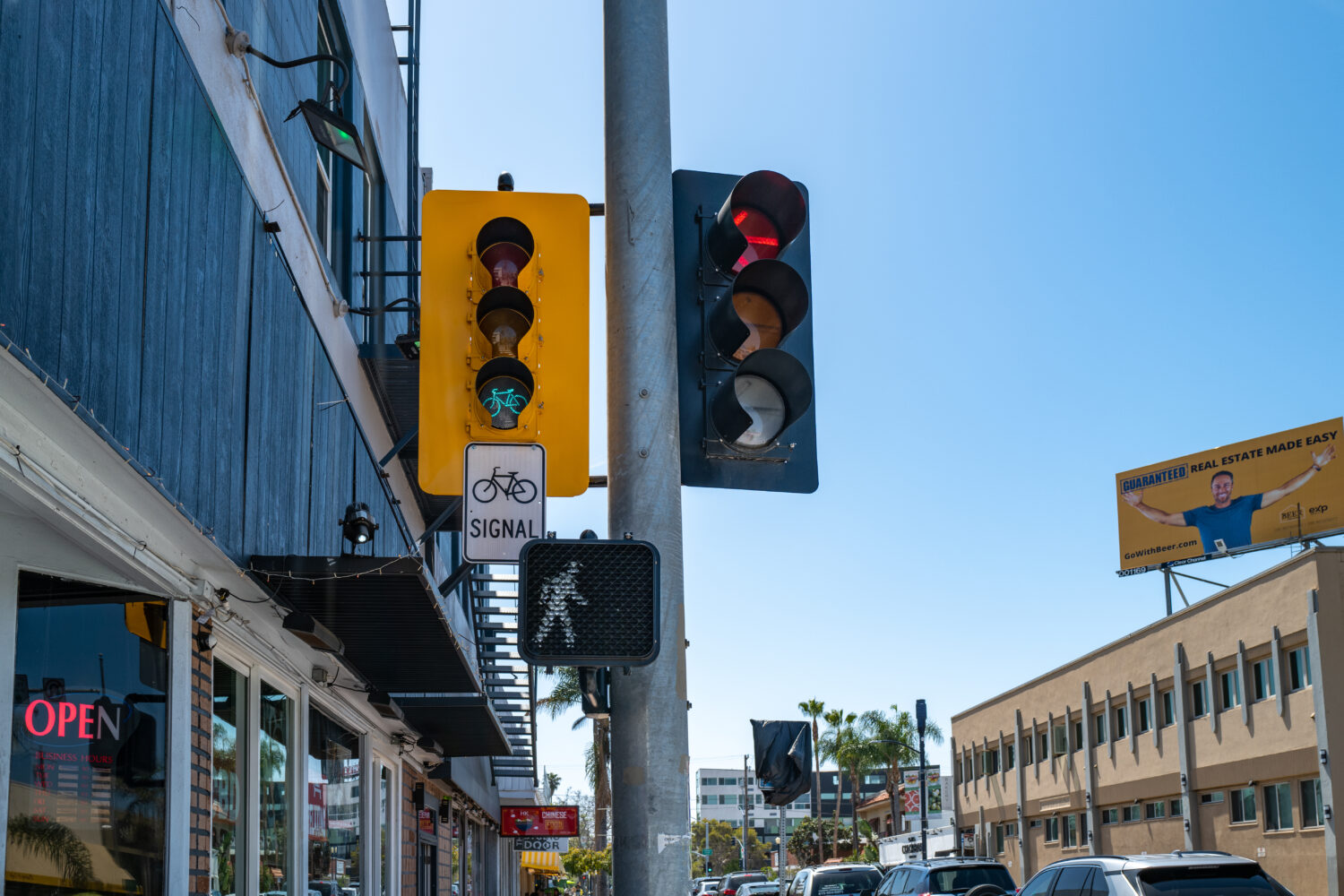 The Featured Image and companion come from Leica Q2. Vitals, aperture manually set for both: f/5.6, ISO 100, 1/800 sec, 28mm; 12:13 p.m. PDT. I shot from across the street and close-cropped in post-production. Vitals are same for the other but 1/400 sec, two minutes later. For that one, shooting up, I stood in the street behind a double-parked truck.