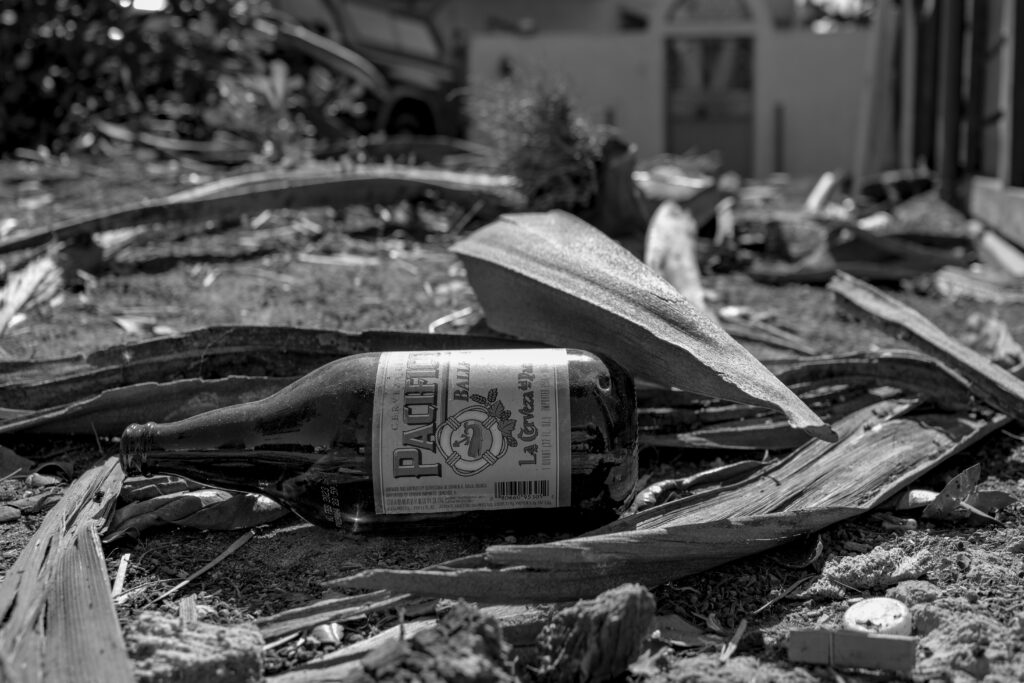 I do not drink alcoholic beverages and can count on one hand the few occasions of inebriation as a teenager, when booze experimentation started and stopped. My taste for the stuff is yuck, and I prefer being clear-headed, which was a big advantage during my working reporter days. People who have had a few too many, as they say, are carelessly chatty; loose lips reveal too much to sober ears like mine.

That said, I always felt uneasy being the only non-drinker in the room—like everyone looked at me oddly. Because when everyone else boozes and you don’t, the presumption is that you must be a recovering alcoholic. That’s how, ah, tippled is America’s cultural heritage. Sobriety is abnormal.

That introduction brings us to the Featured Image, which I captured today using Leica Q2 Monochrom. I spotted the discarded empty bottle of brew along Texas Street near the perpendicular alley behind the Arco gas station—here in my San Diego neighborhood of University Heights. Vitals, aperture manually set: f/4, ISO 200, 1/1250 sec, 28mm; 3:57 p.m. PDT.

Consider the cropped-composition as my commentary on blurry-eyed drinkers.