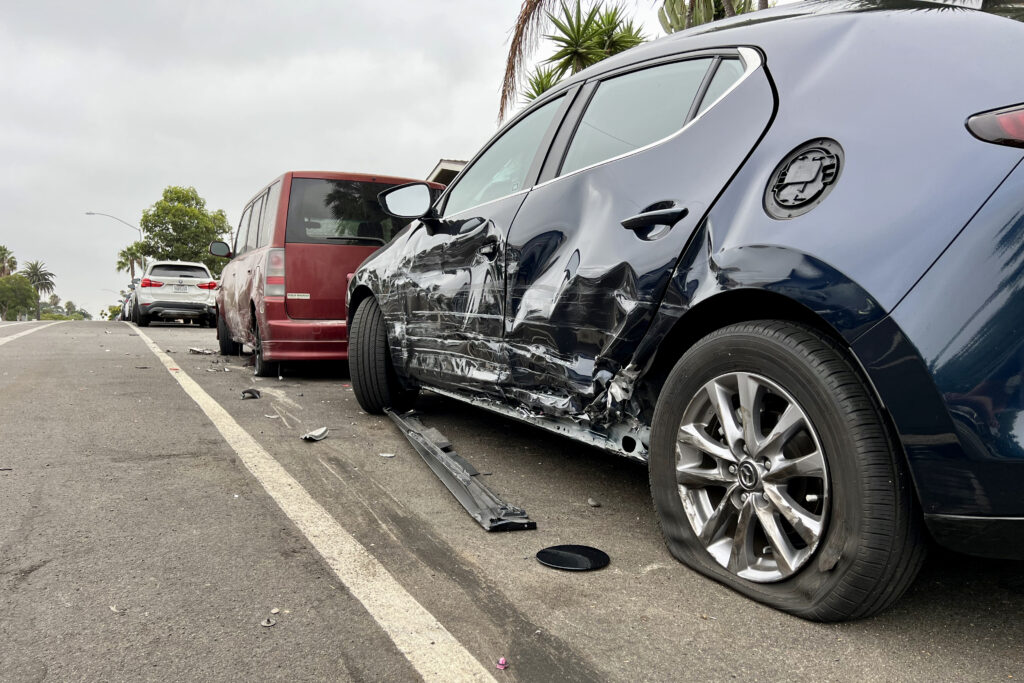 My distain for traffic circles rises in the aftermath of an accident overnight that damaged four vehicles—leaving one, perhaps two, as total losses. The Mazda that dominates the Featured Image suffered the most damage. Impact pushed the car partially onto the sidewalk.

The crash occurred about 2 a.m. PDT—so loudly that my wife heard, and we aren’t exactly close by. But some neighbors who were woke from sleep and investigated. Based on their reports, the driver didn’t flee (and I can’t say that he could have, since no one revealed to me the condition of his car). He waited for first responders, including police, who may have arrested him for suspicion of driving under the influence of something.

Somehow, instead of veering back into the street, he cut across an alley, clipping another vehicle, and skidding on the sidewalk to a stop before the steps of a house. I spoke with the resident; she believes that if not for the slowing impact with her auto the wayward driver would have plowed into her home. 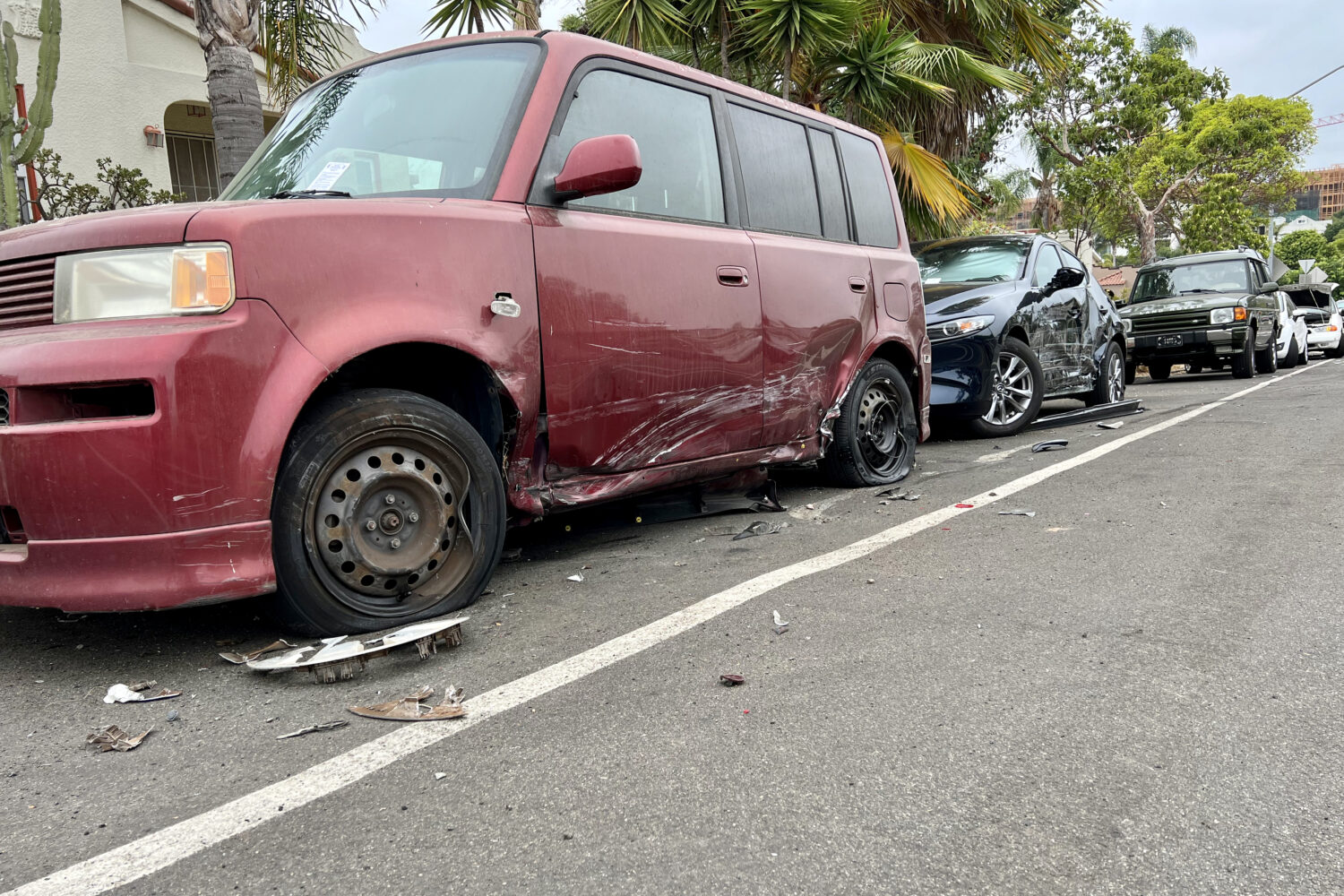 Later, and after shooting both photos using iPhone 13 Pro, I joined my wife talking to the Mazda’s owner. The 41-year-old woman had come out to drive to work, only to find a terrible surprise. Oh the cruelty: Her birthday passed a few days ago and she was supposed to celebrate next week in Lake Tahoe—traveling by car, of course.

She had amazingly great attitude, given circumstances; she sincerely impressed.

The car is leased, but she has gap insurance—something we had, as well, during the first 36 months with our Honda. The coverage pays the difference between what you owe on a leased vehicle and what’s paid out by an insurer in the event of an accident; value matters most for total loss, which she expects the Mazda to be. Frame is likely bent—and front axle, too.

Her concern: What will the driver’s insurance pay? Enough? Because four claims could max out his coverage. Looking down the street behind her mauled Mazda, owner of the Land Rover should kiss the ground in gratitude for the lucky miss.