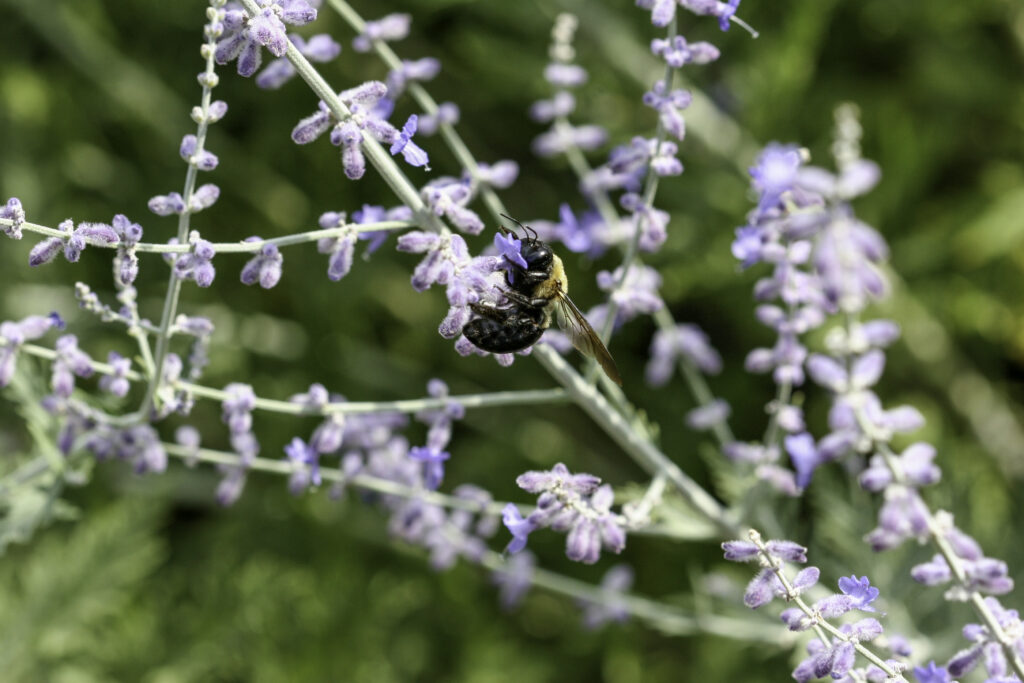 Yesterday we returned to 2007 with a backyard portrait of bunny Daisy. A few months earlier, June 24, I shot bug and flowers on a mini-medium that separates Decatur and University avenues where Newport Mill Road intersects both, in Kensington, Md. According to Google Maps street view, from June 2022, the place remains—even fuller and lusher than I recall.

I used Canon EOS 20D and EF100mm f/2.8 Macro USM lens to shoot the Featured Image and companion. How strange is it that I clearly remember this outing when others aren’t recollected. I can’t guess why are the quirks of memory, being such an otherwise meaningless moment. 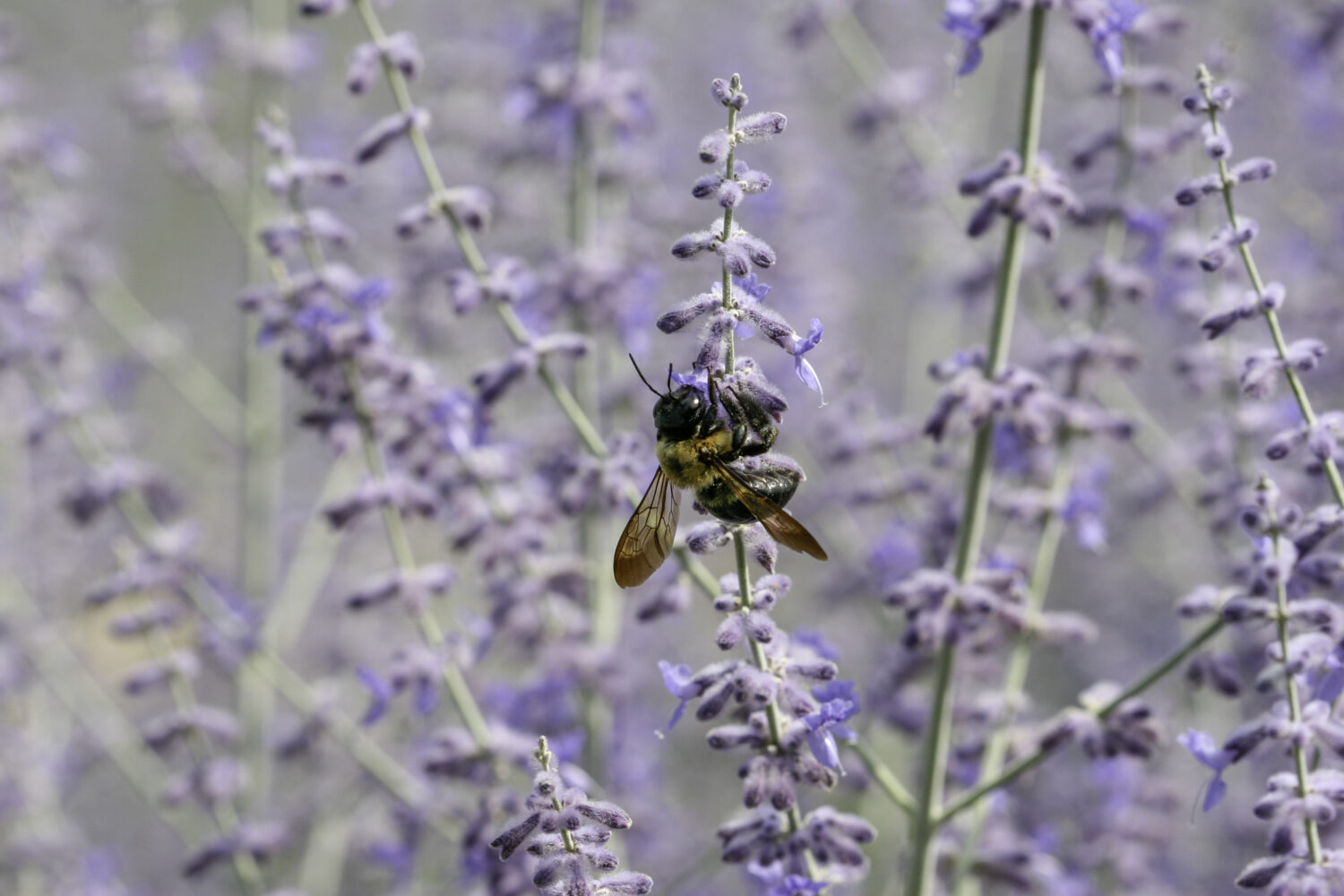 I can count on one hand, the number of bumble bees seen here in San Diego during the last decade and half. Is that because of climate or the constant grooming green spaces and spraying them with insecticide? You tell me.