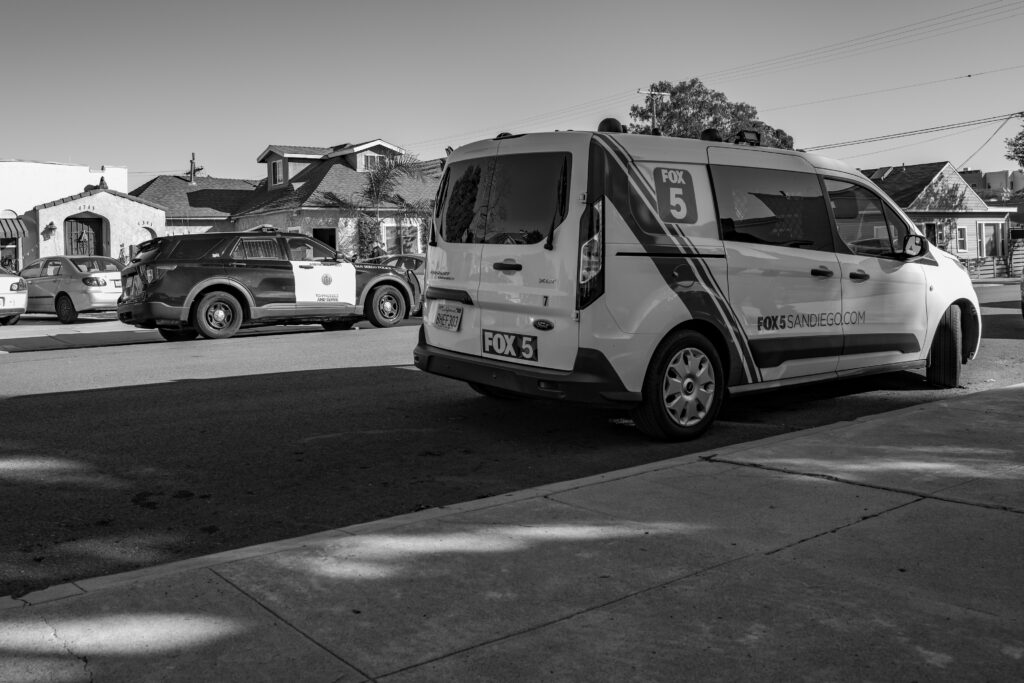 Suspected overdoses is more appropriate assessment—at this time. But sad reality is that paramedics and police responded to an early morning call (before 6 a.m. PST) about unresponsive roommates. Two were revived and hospitalized; two others died. Fentanyl is suspected cause.

My wife saw something on YouTube from one of the local news stations, early this afternoon. Since such tragedy is unusual for our neighborhood and five months ago I photographed cat Conrad on the property, we decided to walk over. I really expected to see nothing unusual, but police still investigated—as you can see from the Featured Image captured using Leica Q2 Monochrom. Vitals, aperture manually set: f/5.6, ISO 200, 1/400 sec, 28mm; 2:17 p.m. 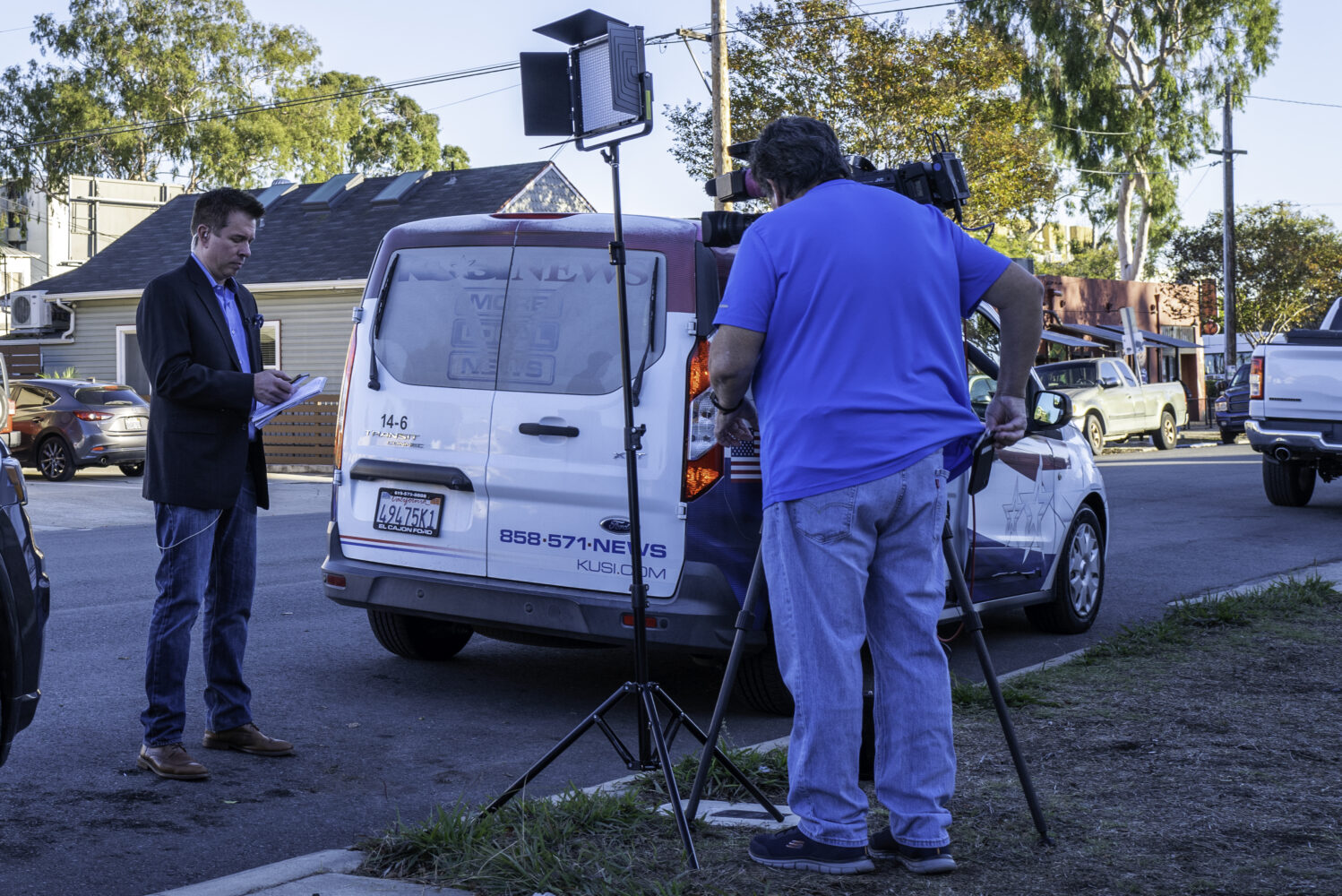 Later, as the the companion photo shows, I returned to find the cop cruisers and yellow tape gone but another news van on site. Journalist Rafer Weigel reviews notes and otherwise prepares to make his on-scene broadcast; I am unable to identify his cameraman. At 5 p.m., Anne and I watched his report, in which he said that police investigated for about ten-and-a-half hours. Unless I misunderstand, the incident is being treated as a homicide.

By the way, KUSI is our preferred San Diego news station—so we likely will see more of Rafer. As I understand, he is new to the broadcast news team. Good luck!