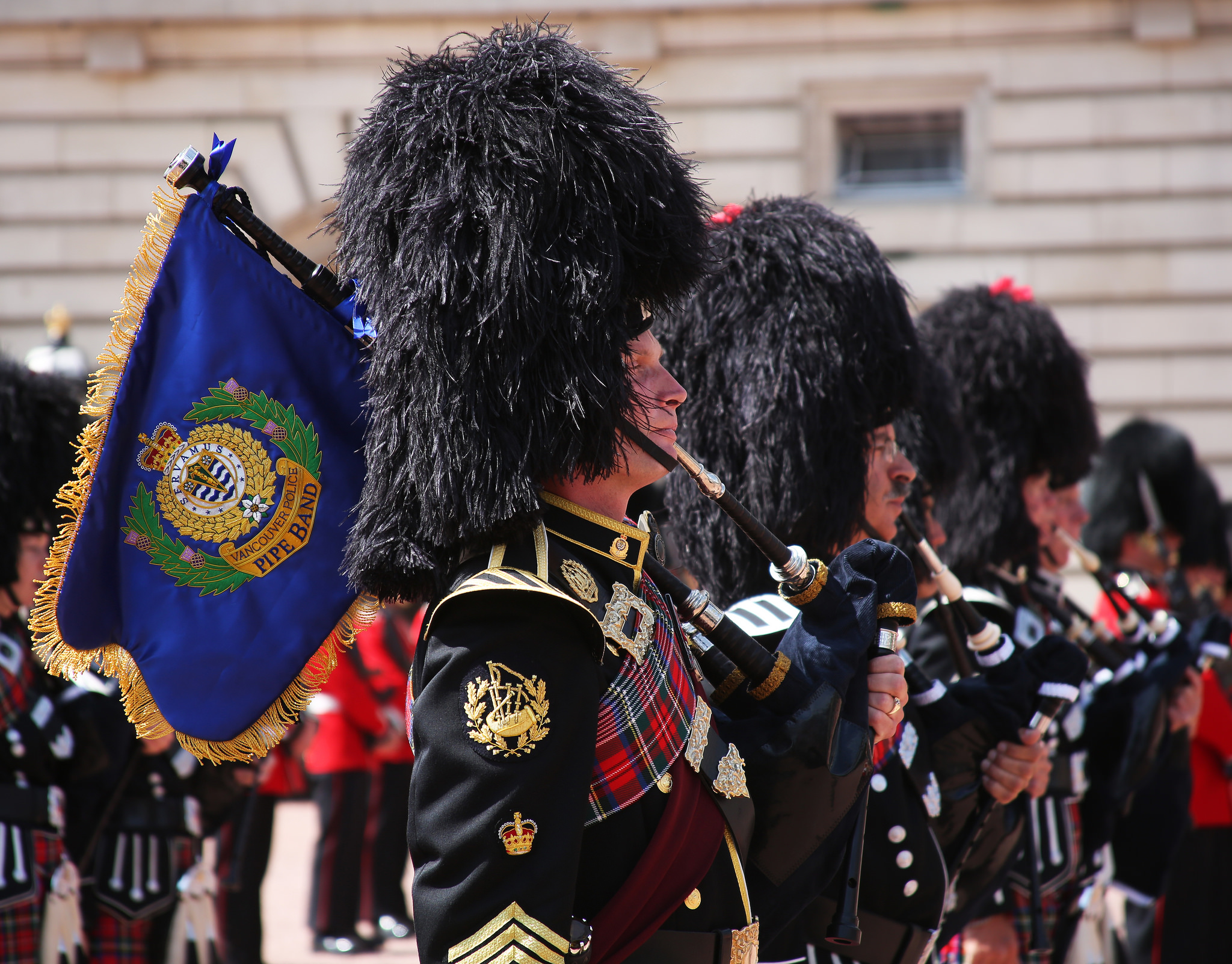 The photostream of Rennett Stowe is delightful—filled with, as he says, “stock photographs, art photos, and a few family photos”. The stock stuff is fine example of what this type of work should be. Composition, color, and contrast are consistently pleasing throughout. The nature shots are exceptionally satisfying. Unsurprisingly, choosing just one image to spotlight challenged me.

Those aren’t Brits.Typically military bands “are invited to participate in the Changing of the Guard Ceremony”, Rennett, who joined Flickr in July 2007, explains. “However, in June 2014, the Vancouver Police Pipe Band, from British Columbia, Canada, was invited to play for several days at the large, mid-day Changing of the Guard Ceremony. In this photograph members of the band and their flag are visible”.